Migration, integration and implementation of GDPR on agenda of LRG social dialogue committee 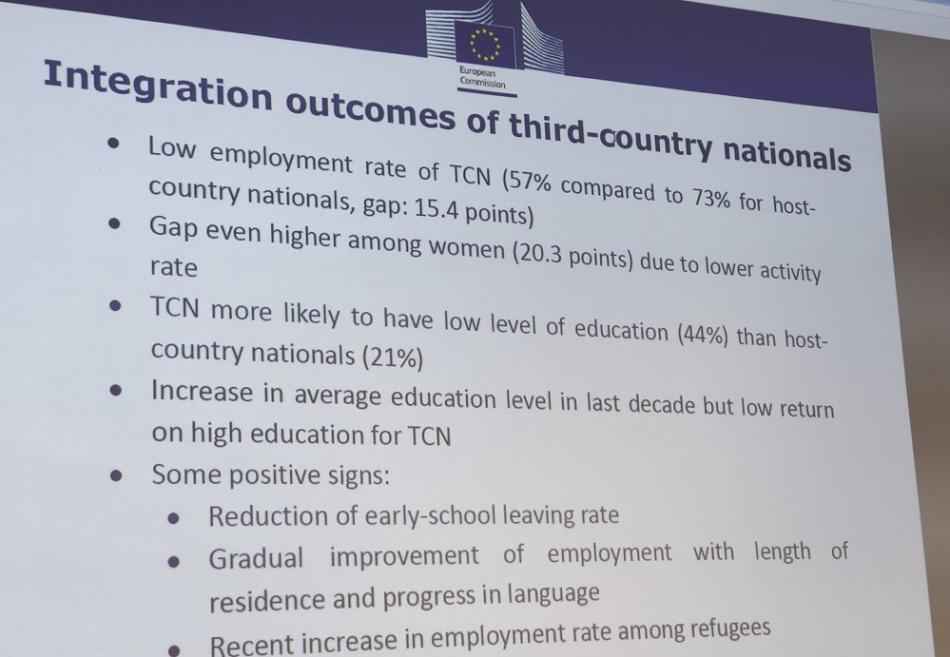 (10 September 2018) Members of EPSU and CEMR came together on 6 September to discuss timely issues for LRG at the Sectoral Social Dialogue Committee Working group meeting in Brussels.

As a follow-up to their Joint Guidelines on Migration and Strengthening Anti-Discrimination adopted in 2014 (and revised in 2016), members of the social dialogue committee  present received an introduction to the European Commission’s Action Plan on Integration of Third-Country Nationals and to the Commissions’ efforts to implement the commitments set out in the Action Plan. This was followed by a presentation given by a staff member of the Belgian city Mechelen working on diversity. The working group then reflected on the developments on points contained in the Join Guidelines of LRG and on the presentations, and exchanged on good practices, while some also emphasising the need to go beyond good practices and anchor the spirit of the Guidelines in social dialogue and collective agreements .

The General Data Protection Regulation (GDPR) applies across the EU since 25 May 2018. The GDPR has been discussed widely from the consumer rights’ perspective. However, workers handling data – like employees in Local and Regional Governments often do – are also particularly concerned when it comes to the implementation of and compliance with the GDPR. Following a presentation given by the European Commission, EPSU and CEMR discussed issues such as how the GDPR affects employment context, the perspective of public bodies, and exchanged national practices which involve providing training to workers on data protection.

Lastly, the working group was also updated on the Commission’s proposal for the European Social Fund + post-2020 (embedded in the Multiannual Financial Framework) and on the next steps.

The social dialogue committee on LRG will next meet in a plenary in December. The meeting will focus on gender equality and will involve revisiting the Guidelines to drawing up gender equality action plans in LRG.

On 25 April EPSU and CEMR jointly presented to the Liaison Forum - a body which brings together social partners in all the different EU sectoral social dialogue Committees -
Local government
Migration
Social Dialogue
Mar. 01, 2010

(1 March 2010) EPSU’s LRG committee organised a special session on public procurement on 1 March to give impetus to initiatives to promote social procurement. More than half of public
Local government