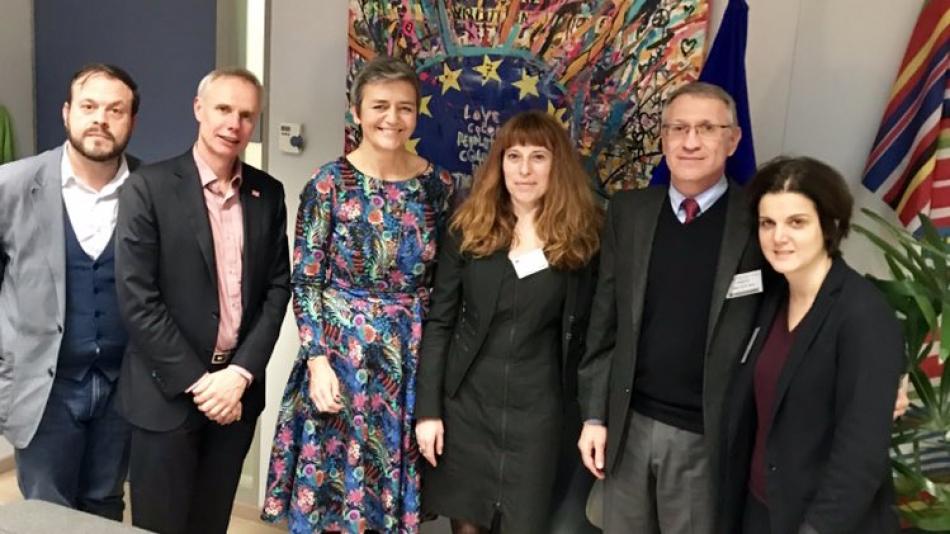 (Brussels 19 December 2012) The McDonald’s international trade union coalition met with Competition Commissioner Vestager on 17 December, which coincided with the publication of the non-confidential text of the Commission’s decision on the state aid investigation of the global  fast-food leader. The representatives of EPSU and SEIU thanked the Commissioner and her team for conducting what turned out to be complex state aid investigation.

They expressed disappointment with the decision that found no illegal state aid even though the fast food leader did not pay income tax in Luxembourg and in the US and should pay back  what it owes to public coffins.

The trade union representatives noted ongoing changes in Luxembourg’s tax law  that might hopefully  help avoid similar situations in the future.
The meeting was an opportunity to discuss what more needs to be done at EU level to combat corporate tax avoidance which bears a heavy unfair price on public services, workers as well as SMEs.
A number of important legislative files  are currently discussed in the Council  such as public country-by-country reporting and CCCTB but some EU governments are blocking  progress.

As representatives of tax administrations, EPSU reiterated the need to invest in human and material resources in tax administrations so that they can catch large companies and the rich and powerful that avoid paying their fair share and use to its full domestic and EU legislation such as the Anti  Tax Avoidance directive.

The complexity of tax avoidance structures set up by the tax avoidance industry, means that digitalisation and automation cannot substitute for the highly qualified tax inspectors investigating such schemes.

The need for more and better cross-border cooperation between tax administrations was  emphasized by the unions which are keeping a close watch on ongoing tax investigations as in France. The trade union side brought to the attention of the Commission  the strong connection between corporate  tax avoidance and low wages. This applies to McDonald’s where abusive employment practices have been well-documented by the coalition, whilst in France a complaint has been filed against the company for  breaching  national legal provisions on profit-sharing..

The international trade union coalition will further examine the text of the EC decision and consider whether further action is needed. 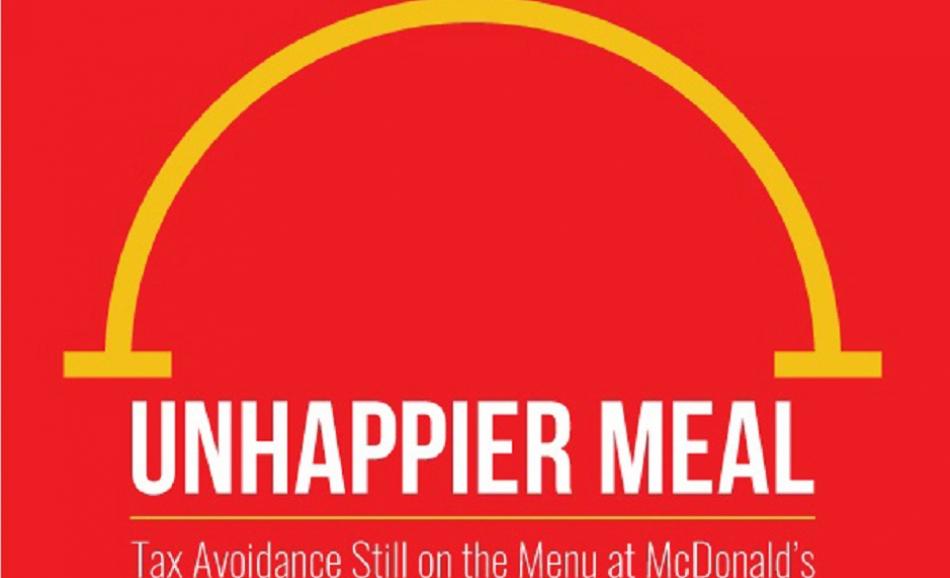 Press Release - Coalition of trade unions and anti-poverty group calls on the European Union and its Member States to strengthen legal tools against corporate tax avoidance.

(27 January 2016) McDonald's workers visited the European Parliament this month to talk to MEPs about the companies tax arrangements and working conditions. Watch the video from the Socialists and Democrats group. -* Interview with Peter Simon (Germany), S&D spokesperson on the TAXE committee (audio
Tax justice
Apr. 13, 2015

Unhappy meal: €1 Billion in Tax Avoidance on the menu at McDonald’s, joint report EPSU, EFFAT, SEIU and War on Want, 24 February 2015PrefaceThis report is the product of a coalition of European and American trade unions, representing more than 15 million workers in different sectors of the economy