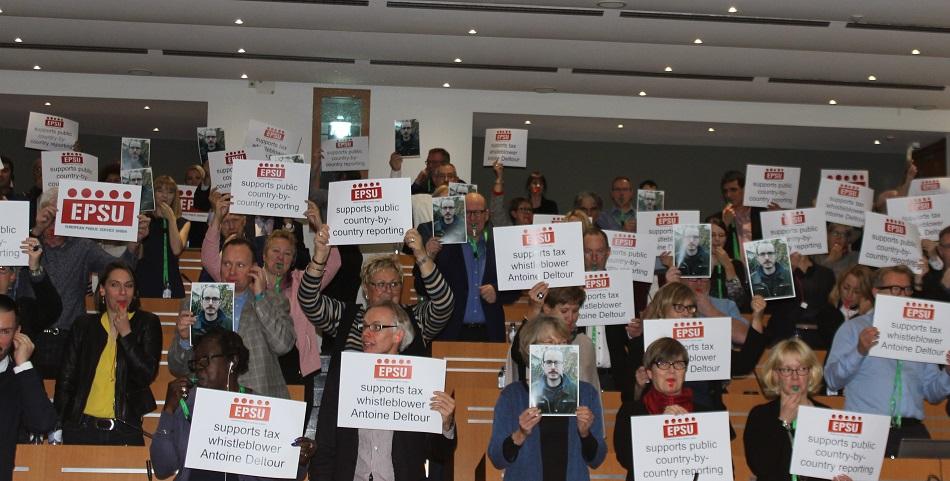 (11 August 2016) EPSU is dismayed to hear that the public prosecutor will appeal against Antoine Deltour, Raphaël Halet and Edouard Perrin, the two former employees of PricewaterhouseCoopers (PwC) and the journalist who revealed industrial-level tax dodging in Luxembourg.

On 29 June Perrin was acquitted of the charges against him, while Deltour and Halet were handed 12 and 9 month suspended sentences. The two have since appealed their the court’s verdict. Now the public prosecutor seeks to counter-appeal, in what some suspect is an attempt to target Mr. Perrin.

EPSU believes this latest move by Luxembourg is a scandalous attempt to pursue three men who acted in the public interest, while the politicians, companies and individuals guilty of concealing billions of euros of unpaid taxes have not been called to account. We join our colleagues at the European Federation of Journalists (EFJ), who condemn the further use of public resources to pursue those who have acted in the public interest and call for the appeal to be dropped.

We further recall the demand made on June 29 by a coalition of European trade unions, including EPSU, for immediate EU-wide legal protection or whistleblowers. Whistleblowers play an essential role in bringing to light activities that are either illegal or that harm or threaten the public interest; their right to protection from reprisal is essential for promoting compliance with EU obligations. 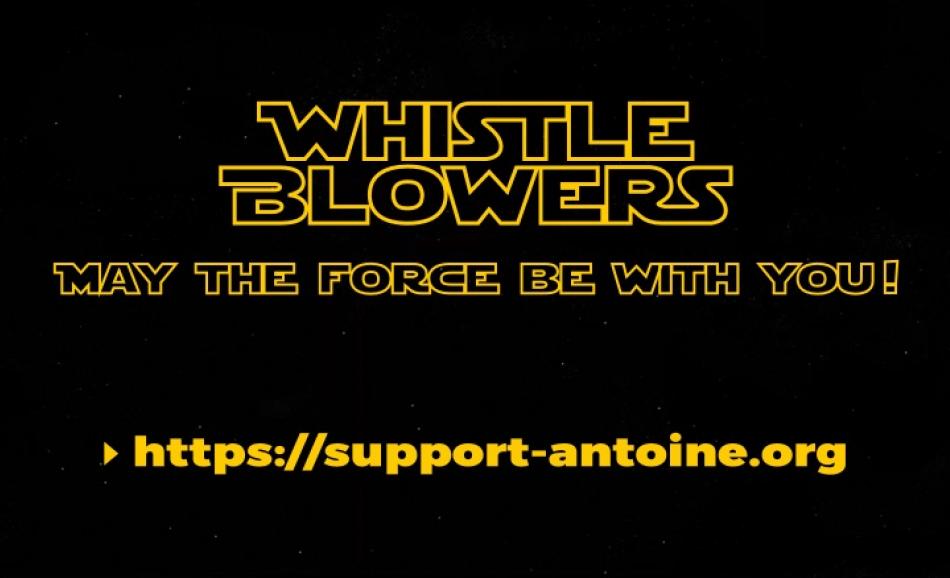 Today Antoine Deltour and Raphaël Halet will be back in court in Luxembourg to appeal against last March’s court sentence to suspended prison and a fine.
Central government
Tax justice
Transparency & Corruption
Dec. 22, 2016 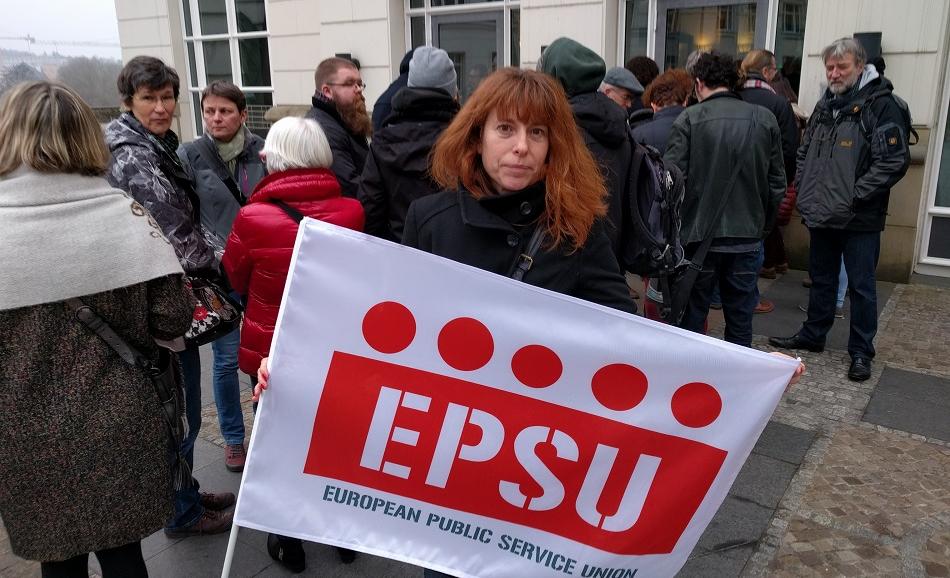 Whistleblowing is not a crime! EPSU in Luxembourg to support LuxLeaks defendants 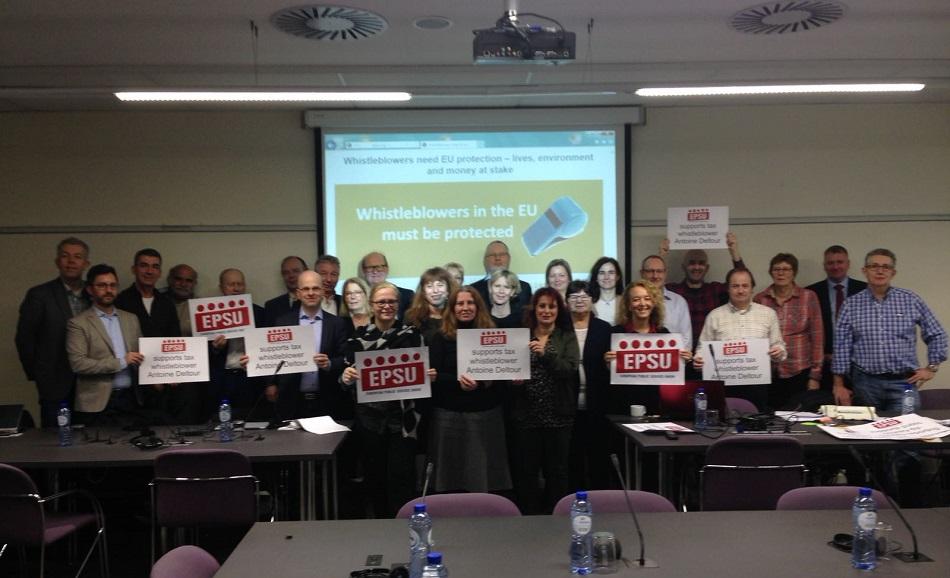 EPSU believes that the Luxembourg court ruling, of the 15th of March, condemning the hero of LuxLeaks Antoine Deltour to six months imprisonment and a fine of €1,500 is disgraceful.
Central government
Tax justice
Transparency & Corruption
All PoliciesAll Policies