In an assessment of the one-hour warning strike last month the CMKOS trade union confederation notes the government is delaying and amending some of its planned health and public sector reforms. In particular, the confederation says that there has been a moderation of proposals on health care fees; the division of planned health care reforms into two phases giving unions more time to influence them; a strengthening the system of pension insurance; and increased possibilities for early retirement. Public opinion polls showed 60%-70% of the public supporting the confederation's aims and that the 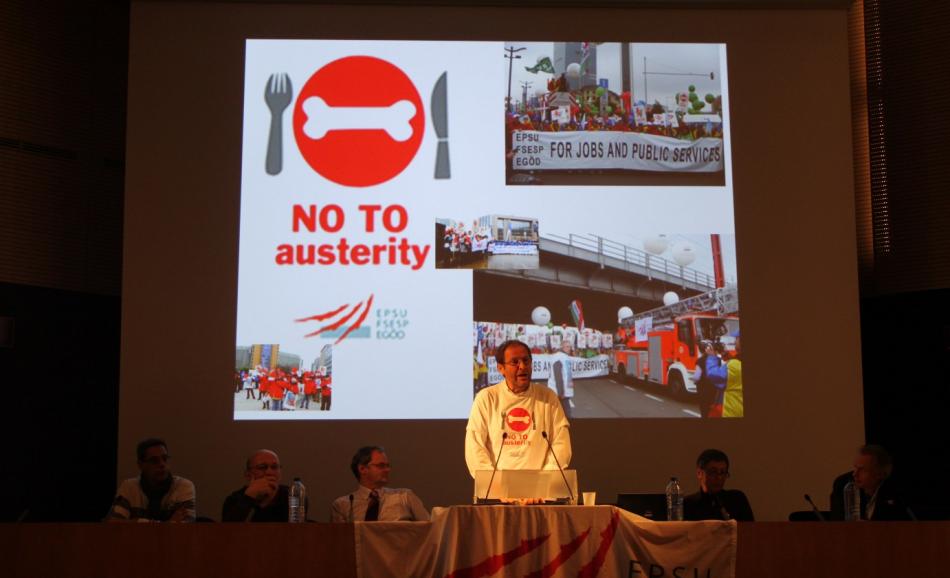 List of actions of the EPSU coordinated day of action

-ETUC press release: Enough is enough! European workers fight against austerity and for a better and fairer future Austria A unanimous resolution of the EPSU affiliated Union of Municipal Employees
Solidarity
Union Rights