List of actions of the EPSU coordinated day of action 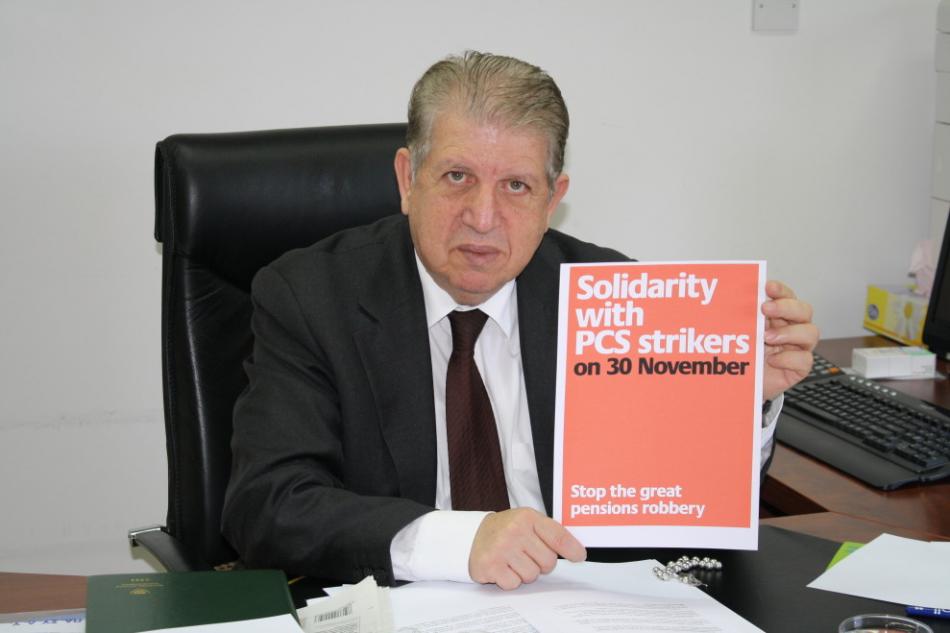 - ETUC press release: Enough is enough! European workers fight against austerity and for a better and fairer future

A unanimous resolution of the EPSU affiliated Union of Municipal Employees (GdG-KMSfB passed a motion for action on December 5th together with the other EPSU affiliated union VIDA (Health workers). The campaign launch is the direct consequence of the beginning of the effects of the crisis. The cuts in wages is the expression of the crisis in Austria.

On 30 November 2011, Belgian affiliates held a meeting with its members in Brussels in the morning and then they organized a picket Greek (see Greece) and British embassy in Solidarity (see UK). Two days later, on Friday 2 December, a national demonstration organized by the three national confederations took place in Brussels, which was joined by EPSU staff (photos gallery)

A national demonstration took place on 30 November outside the Parliament. In the country austerity measures have its expression in the modification of the pension system. Already in the transport sector strikes took place last week in the same sense.
The protest was against the new austerity measures that have been introduced by Bulgarian Government – increase in the retirement age for all categories workers by 1 year as of 2012 (unilaterally while disregarding the gradual increase agreement that the government made with the trade unions in 2010), a new payment system for civil servants which include removing of length-of-service allowances.

EPSU affiliated unions in the Czech Republic are campaigning for the respect of the promised pay rise. For the entire month of November several meeting have taken place up and down the country and in the framework of the Coordinated day of action an event took place in Ústí nad Labem with the support of German DGB to support the Czech demands and to highlight the European level of awareness of the austerity measures and its alarming impact on public services.

An international event of middle European trade union representatives (from headquarters as well as from branches) of the Czech Trade Union of Health Service and Social Care. Polish, German, Austrian, Slovak and Czech unions participated.

Trade unionists gathered at the main square in Usti nad Labem to raise the awareness of EPSU campaign “NO to austerity” and the national health trade unions´ campaign: “WE STAY - we want promises completed” (click to enlarge).


- more photos and article in Czech


On November 25, more than 150 trade unions delegates have met the Government representative and EPSU affiliates raised the issue of the upcoming European day of action of November 30.

In Finland all EPSU affiliated union have sent a joint letter to the Government regarding the current policies in Europe. This was done together with a media and online campaign to give visibility to the EPSU action day.

(click to enlarge)
The above letter being handed out to Tuire Santamäki-Vuori,
Secretary of State to the Minister of Finance, Jutta Urpilainen,
by representatives of the Finnish Public Services Unions' EU Working Party FIPSU.
Government Palace, Helsinki, November 29, 2011 (FIPSU includes the Finnish EPSU-PSI affiliates and OAJ, Trade Union of Education in Finland, affiliate of ETUCE-EI)


Several EPSU affiliated unions (UNSA, FSU & CGT) have organised a national day of action for November 30th with events in many French Departments. The main protests were in Strasbourg in front of the European Parliament building, in Paris trade unions demonstrated outside Moody’s (one of the real rulers of Europe) and in Marseille there was a mass demonstration. In other cities such as Lille there was a collection of signatures and picketing. On December 13th a national all-union joint mobilisation will take place against the austerity plans.


Verdi published a brochure “Europe in danger” which explores the problems of the Euro-zone crisis, the solutions and the importance of symmetrical macro-economic development in the Eurozone, 7 December 2011.

Ver.di film about the crisis :


On December 1st, Greece will live through its 15th General strike since the beginning of the crisis. You can see the statement of ADEDY regarding this action.

(17 November 2011) One of the biggest French trade union confederation, the Conféderation Générale du Travail (CGT), through its public sector federation (UGFF-CGT), has decided to call for a Da
Solidarity
Union Rights
Feb. 21, 2017 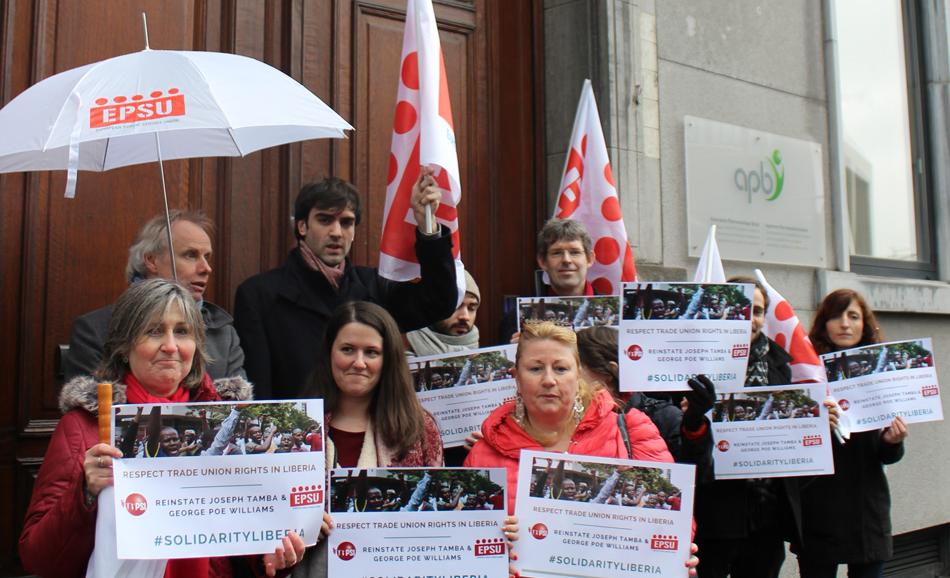 A delegation from the European Federation of Public Service Unions (EPSU) went to the Liberian embassy in Belgium, on Friday 17th of February, in support of the international day of action promoted by Public Services International (PSI).
Solidarity
Union Rights
All PoliciesAll Policies