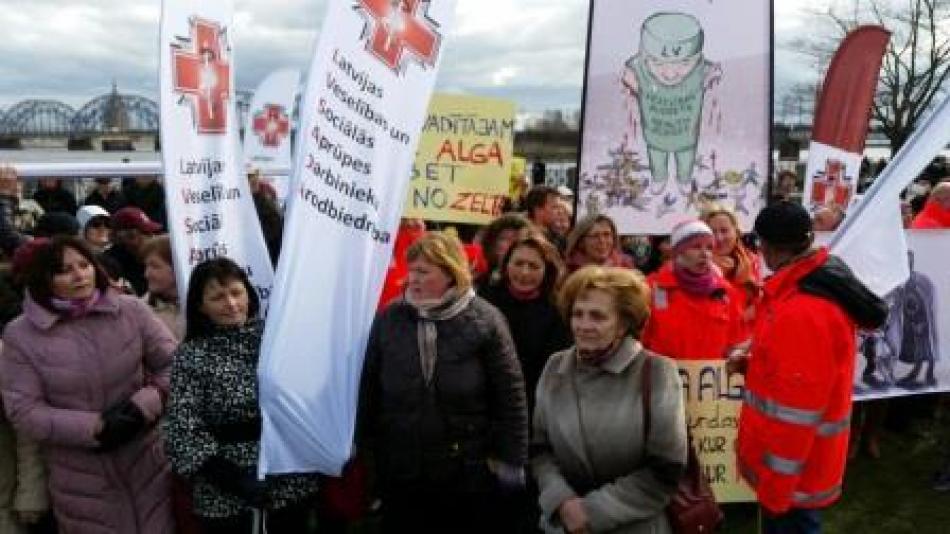 (27 April 2015) Braving a cold wind, several hundred protestors gathered in front of the national library where the European Union health ministers were meeting in Riga. The workers were protesting the continued freeze of public funding for health and social services. With the demonstration the workers showed that there is not a Latvian success story. 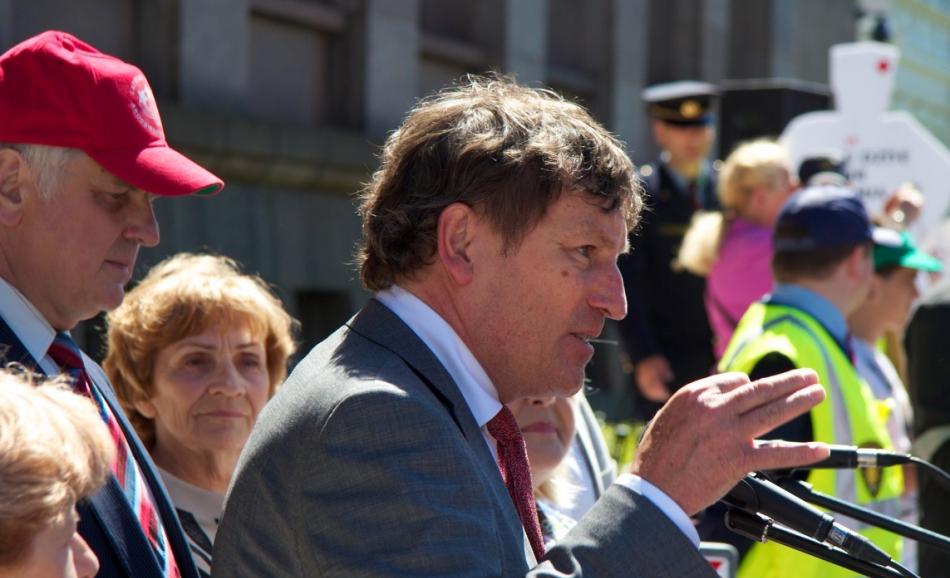