JOIN THE EUROPEAN ACTION – WORKPLACES AGAINST AUSTERITY – FOR ANOTHER EUROPE 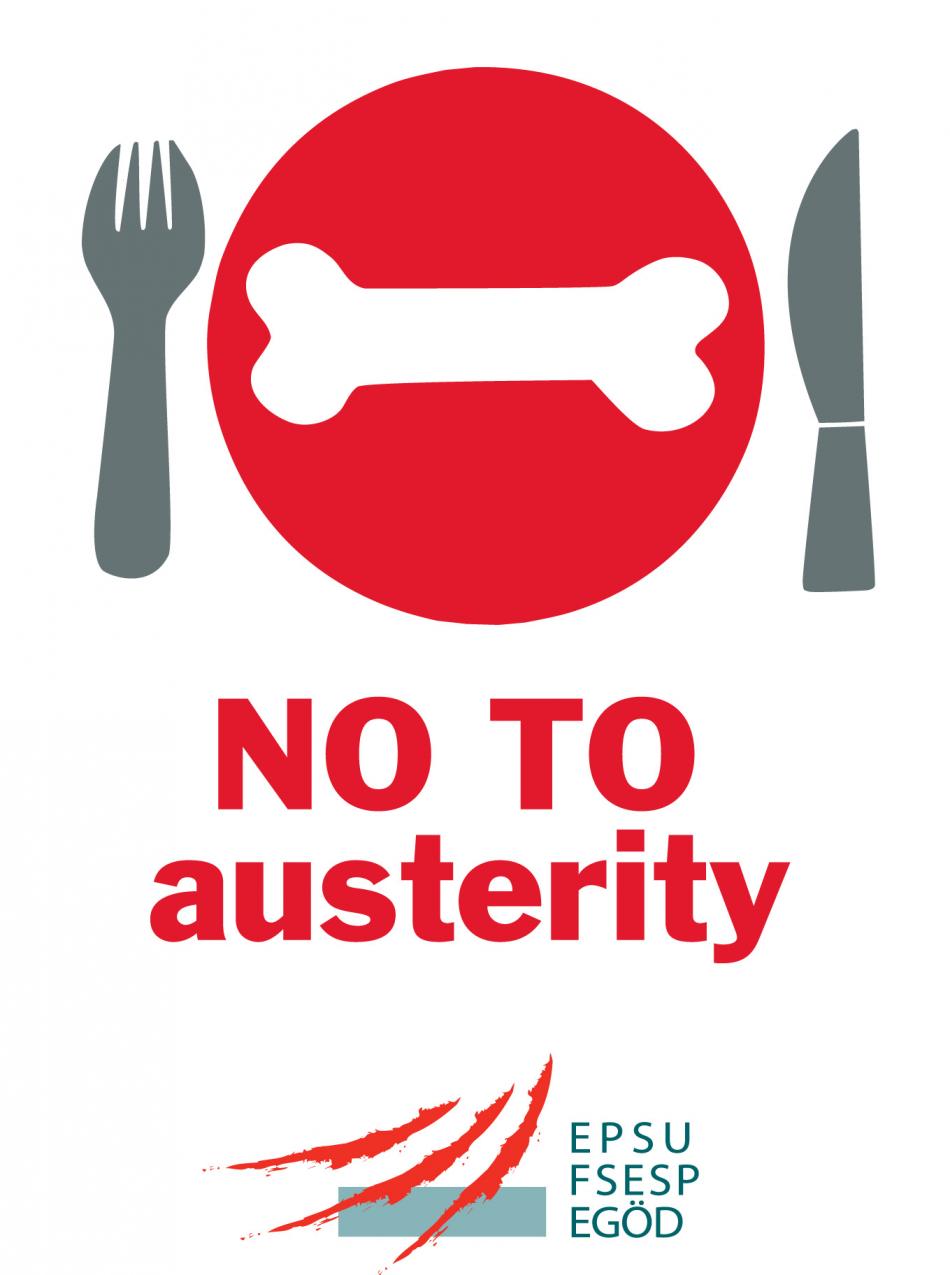 There are alternatives - Public Services, Tax Justice and Collective Bargaining

- jobs and investment in public services,
- tax justice
- the autonomy of the social partners and collective bargaining.

The central idea of this action is to involve workplace members from across Europe by asking them to take a picture of their co-workers, trade union members and send that picture to the Presidents of the European Commission and the European Council. The aim is to get 1000 pictures from all over Europe.

It is important that all unions participate to ensure the European character of the action. The idea of the action is simple, cheap and importantly it is to involve workplace members.

- The idea results from discussions in the EPSU action group following the EPSU 30/11/2011 action day.
- The reason for this action is to maintain pressure on EU and Member State leaders to illustrate that many workers and citizens do not agree with the policies pursued and that we need a change of policy direction.
- The messages: Austerity does not work, we oppose austerity policies. We do have alternatives (investment in public services, tax justice…) and want the EU and governments to stay out of collective bargaining. Please refer to enclosed text providing some of the arguments and symbols. These are available to download below.
- The occasion: The European Council takes place on 24-25 October. This meeting will have European economic governance and the social dimension of the EU on its agenda. So in the weeks before this important event the pictures (see below) should be taken and sent.
- Common symbols. The idea of taking a picture of workers/members at the work place with a message around common symbols/logo’s across the EU fits all of these points. Moreover, it potentially has an organizing/recruitment element and shop stewards/members can reach out across the work place and ask other colleagues to join in, for example in a local union branch, a library, hospital, elderly home and call on staff to come out at coffee or lunch for a picture in front of their work place, for the picture to be taken and sent to national governments / ministers / employers as well as EU. Show them we do not agree !
For visualization please see www.epsu.org/a/8178 - Please scroll down to Poland, Slovakia, Romania, to have an idea of what is meant. The solidarity element of the action can be strengthened by adding in other languages like Greek, Portuguese, Spanish and Rumanian, to some of the slogans.
- It could combine local/national actions with the European one. There is large freedom as long as the EPSU symbols are also visible. Some colleagues have indicated they will use workplaces of actions that are already taking place.
- To try to reach the 1000 work places we have suggested that we would need to divide these over the different countries. Countries like UK, Germany, Italy having a target of 100 workplaces. Other countries have a smaller target.

It is suggested that affiliates take responsibility for organizing pictures at workplaces as follows:
- Germany, France, Spain, Italy, UK – 100
- Belgium, The Netherlands, Sweden, Finland, Denmark, Romania at least 50
- Slovakia, Czech Republic, Poland, Hungary, Ireland, Portugal, Greece at least 25
- All other countries and including non-EU at least 10

We would furthermore appreciate if you can take a picture of one or two more symbolic work places with a high quality picture (which we aim to use for a poster and for further actions towards the December European Council).

To underline again, it is important that all unions participate to ensure that we have a truly European action. The action is a small step in building our confidence in our joint capacity to make a difference across our borders to influence the EU decisions which none of us alone can change.

In case you have questions, as always, please do not hesitate to get in contact with the EPSU secretariat at 1000@epsu.org

Thank you in advance for your support.

- from our Italian affiliates

"We are not elastic!" EPSU joins Belgian unions in national demonstration against Peeters law and austerity 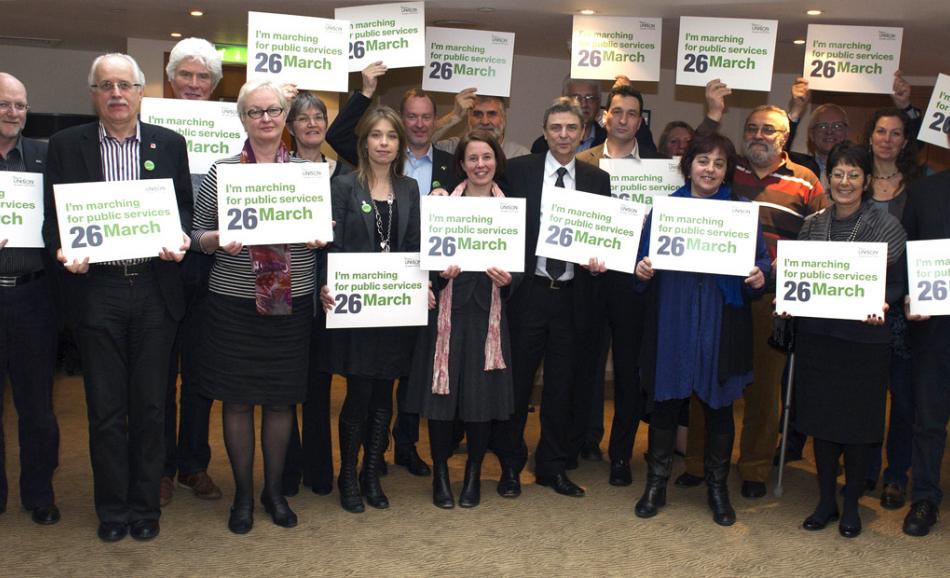 Successful week of mobilisation across Europe against austerity

(29 March 2011, Brussels) The European Federation of Public Services Unions supported the call by the European Trade Union Confederation (ETUC) for a week of mobilisation against the proposals of
Solidarity
Union Rights