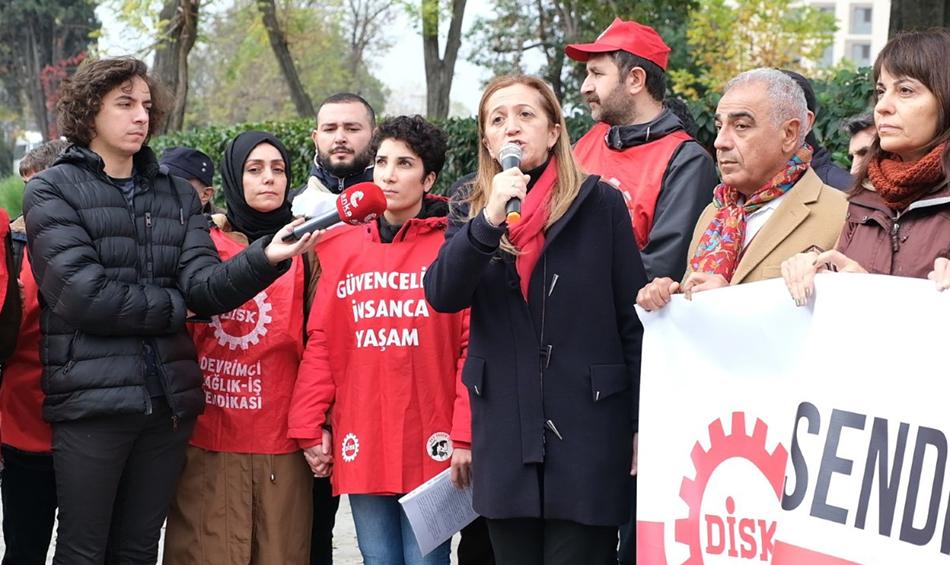 (23 December 2022) EPSU and PSI sent a letter to Koc University Hospital in Turkey protesting the dismissal of Devrimci Sağlık İş members and other serious accusations.

EPSU and PSI affiliate Devrimci Sağlık İş members have been picketing in front of the Koc University Hospital for more than two weeks following the dismissal of union members. The union demands the reinstatement of dismissed workers, respect for the right to organise, an increase in wages, and an investigation of allegations of harassment and mobbing. The international trade union movement backs the picketing workers.

Both PSI and EPSU sent protest letters to the management of Koc University Hospital. Jan Willem Goudriaan, General Secretary, EPSU emphasises that Koç University Hospital is responsible as the main employer for providing decent working conditions for all workers, whether subcontracted or permanent. Goudriaan added, “It is unjustifiable to implement a union-busting agenda rather than build a constructive relationship with our affiliate, Dev Sağlık-İş, and come to an agreement.”

Rosa Pavanelli, Secretary General, PSI also sent a protest letter saying “We hope that these issues can be solved through dialogue among the union and the hospital management.”

Read the letters from PSI and EPSU here.

Trade unions across Europe have been sending messages of solidarity to Ukrainian unions as they step up their campaign against planned reforms of labour law. Proposed legislation would abolish the most important legal and social guarantees for workers and trade unions covering minimum wages, pay and leave for hazardous work, weekly rest periods, overtime pay and limits, restrictions on night work for women, dismissal rights and protection of workers with disabilities. It allows for more flexible contracts, including zero-hours and weakens trade union rights. A national day of action has been