Carola Fischbach-Pyttel, EPSU General Secretary
(24 March 2009) As you know, at EU level, EPSU is the recognised social partner in the hospital sector. April 2009 will be a seminal month for this sector on two fronts. EPSU is running two major campaigns: on working time) and on cross-border healthcare.

Our campaign ‘healthcare for all’ has reached a crucial point. Our focus is on the Environmental and Public Health Committee (ENVI) of the European Parliament. On 31 March the members of this committee are due to vote on the draft directive on cross-border healthcare. Our affiliates have been heavily engaged with MEPs to show how on health equality, accessibility and universality, this proposal falls far short of expectations. Our hope is that, just ahead of the European Elections, MEPS will not want to be seen to be voting for a healthcare system that favours only the rich.

On working time the ‘end game' between the European Parliament and the Council of Ministers began on 17 March. What is at stake is whether the working time directive can remain a meaningful piece of health and safety legislation. Through a mixture of stubbornness by the UK Government and bad tactics, the Council has backed itself into a corner on the issue of the ‘opt-out’ – refusing to countenance its end. This is despite the version of the directive backed by the Parliament, which, while calling for the end of the opt-out, allows for the calculation of an average working week to be made over a 12 month period! Surely such a lengthy calculation period negates any need for an opt-out?

Our role, as the recognised hospital social partner, and as public service representatives is to signal, that quite simply, the opt-out must go. As I mention in our press release: “it is entirely logical that ending the opt-out is the priority – if you are negotiating a compromise agreement, you want it at least to be universally applied”. Tactically, we can continue to bolster the resolve of the Parliament. Much as we played our role in our demonstrations in December, now we must signal to each MEP that we expect them to stand behind their clear democratic mandate.

I look forward to reporting on the outcome of these two pillars of EPSU work, and predict that with your concerted efforts, we can influence the outcome to the benefit of health workers, and users, throughout Europe. 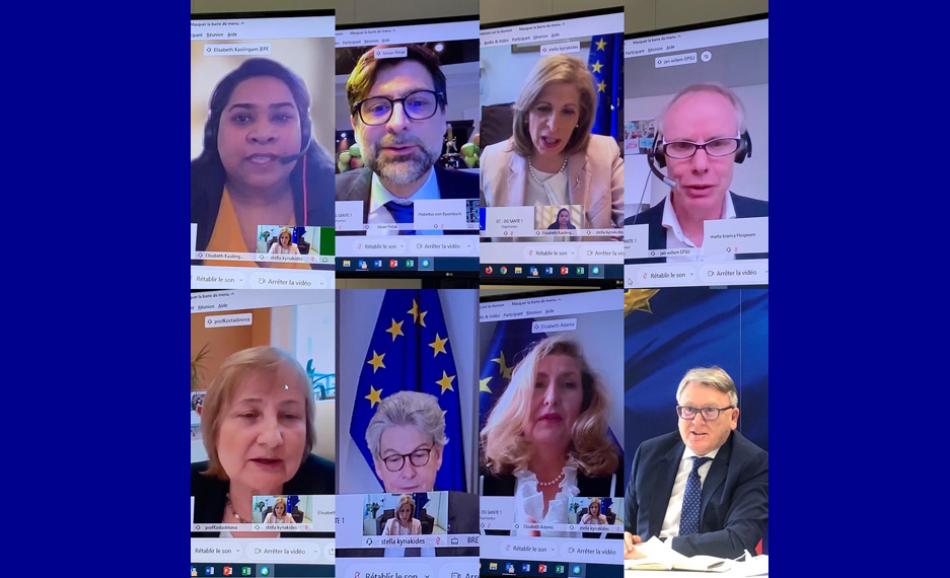 A new report from Duisberg-Essen university provides support for the arguments of ver.di that urgent action is required to deal with an estimated shortage of 162000 full-time workers in healthcare and a legal minimum staffing requirement would be a practical and reasonable way of dealing with this. The report also argues that there is a need to make healthcare jobs more attractive. This is a central concern for ver.di that was calling for an increase in the sector minimum wage for care workers to take it to €12.50 an hour. Unfortunately, the labour ministry only to the following new rates: in