Hands Off Our Public Services in TTIP, CETA and TiSA! 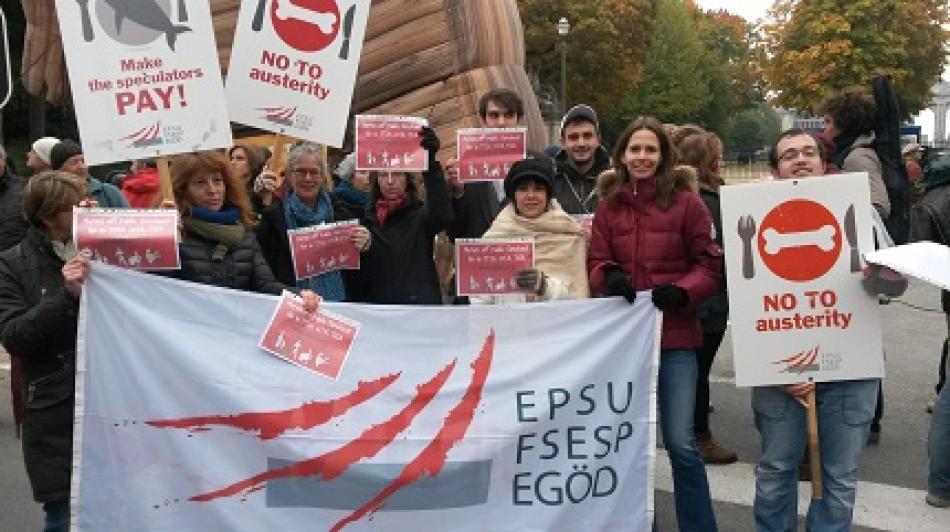 (Brussels, 16 October 2015) EPSU joined demonstrators from across Europe yesterday, 15th October, to make their opposition heard to the secret negotiation of the TTIP, CETA and TiSA trade deals. A recent report co-published by EPSU makes it clear how these agreements could lock our public services into irreversible liberalisation and prevent governments from regulating in the public interest.

Yesterday’s demonstrations were organised by a coalition of social movements and civil society organisations with support from many trade unions. The marches, which included protestors who had travelled as part of the EuroMarches from as far a field as Spain, congregated around the building of the European Council where leaders were taking part in a European Summit. Following demonstrations across Europe, including 250,000 people in Berlin last weekend, heads of government and the European Commission must listen to the strength of European public opinion.

EPSU is particularly concerned by the secretive way that these trade negotiations are taking place, with next to no information about the scope of the agreement under discussion being made public. This situation can only benefit the business lobby who, with their privileged access to the corridors of power, are pushing for public service liberalisation to be locked in through these deals. There must be full transparency so citizens, civil society and trade unions can democratically scrutinise the process and hold their governments to account.

In a further threat to democracy, the proposed Investor-State Dispute Mechanism believed to be included in the text would see the democratic decisions of governments overridden by opaque, international tribunals that have a history of ruling in favour of multinational corporations when governments try to regulate for the common good.

Trade unions, civil society and ordinary citizens are making it clear that our public services and democratic rights cannot be negotiated away as part of secretive trade deals. European leaders must take notice. 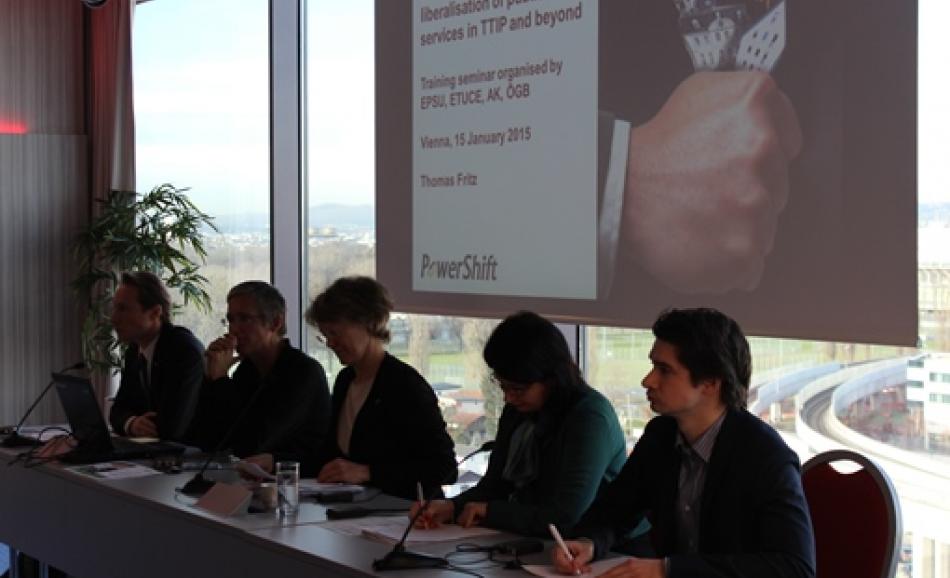 How to challenge the liberalisation of public services in TTIP, CETA and TiSA

No to public services in TTIP (and CETA and TiSA)!

(28 October 2014) The criticism of the recent trade deals negotiated between the EU and Canada and the US is also echoed by municipalities.
Trade
All PoliciesAll Policies