(5 October 2016) The Greek Parliament voted to partly privatize the water companies of Athens and Thessaloniki 27 September 2016.  This decision was taken despite the broad resistance to it. Unions and social movements had been fighting the proposals till the last moment. These actions included:

The stability of the government was risked, when the Ecologists stated that they will not vote the move of the water companies to the Superfund, the vehicle to allow the privatization. The Prime Minister had to organize an emergency meeting. The government agreed to put an extra condition to the law for the Superfund which “ keeps in mind  the decision of the Supreme Court (51% under public control)”, and in “any case the public cannot estrange its role from the water companies”.

The Court case referred to above was part of the battle of the Athens unions and social movements which had filed the complaint and won their case in 2014. These conditions were included to calm the reactions of the citizens. The Greek public has been massively opposed to the privatization of the water companies. The result of the self-organised referendum in Thessaloniki May 2014 that saw 98% of people vote against the privatization was earlier proof of that.

The social movements and the unions will keep up the mobilization.The national network includes the unions of EYATH (Thessaloniki) and EYDAP (Athens) and the movements SOSte to Nero and Savegreekwater. The next step is to go to Supreme Court. The movements will challenge the inclusion of the water companies in the Superfund.  They will continue the information campaign that the Superfund does not guarantee public control.

Also other unions have been fighting the privatization of companies and in particular the electricity unions  in the public power company (PPC). They joined the strike and demonstrations protesting the sell-off of the high voltage electricity network ADMIE. The Troika made this a condition for Greece to get its support from the European Union. The reasoning (or rather ideology) is that this will generate more competition and make the Greek economy more competitive. We have supported the argument of the union that this is nonsense. The EU directives do not require this, there is no proof that it will result in more competition as access to the network was already there. This is a privatization forced on the Greek people that violates the neutrality the European Commission is to respect with regard to ownership according to the Treaties.

The Superfund was part of the infamous Memorandum of Understanding and its annexes. Despite the massive opposition of the Greek people to the sell out of public companies, the European institutions insisted on the privatization in that now infamous agreement of July 2015.

The Superfund is a private organization for development. The board has 5 members. 3 are Greek and two are non-Greek. These 2 have veto power over decisions.

The Superfunds targets are to use 50% of the proceeds of privatization to pay off the debt and 50% to provide funds for internal development. The Greek privatization organization HRADF (TAIPED) will be a subsidiary of Superfund. It will sell the holdings of the Superfund.  Today 74% of Thessaloniki Water Company (EYATH) is in HRADF. After last Tuesday’s vote, 51% will move to the Superfund.

Whereas the main target of the water company was to provide clean and safe drinking water and ensure the effective and efficient treatment of sewage, the new conditions will change this to a profit making enterprise. All to serve paying off Greek debts.  The water unions say that with this

water has become a commodity. The Prime Minister is now looking for a  “strategic investor” in EYATH.  23% of the shares will be sold to an investor which will get the control over the management of the company.

(20 January 2016) The European Parliament has supported the demands of the ECI Right2Water. The Commission continues to stall. It does not propose new legislation. Struggles at national level to
Water
Sep. 19, 2014 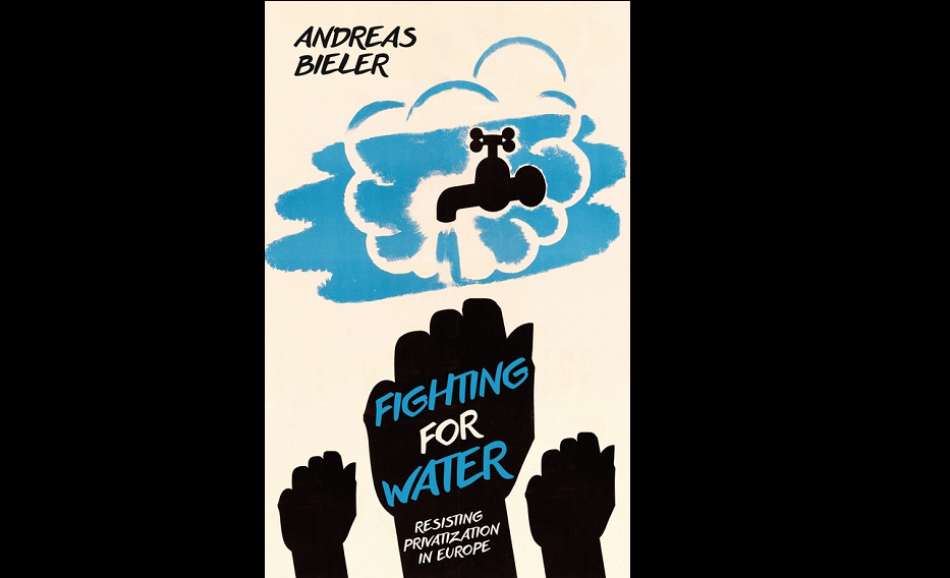 In the wake of the global financial crisis, neoliberal restructuring has continued unabated across Europe, with the privatisation of public services a key element of both national austerity policies, and European Union (EU) – level economic governance structures.
Privatisation
Water