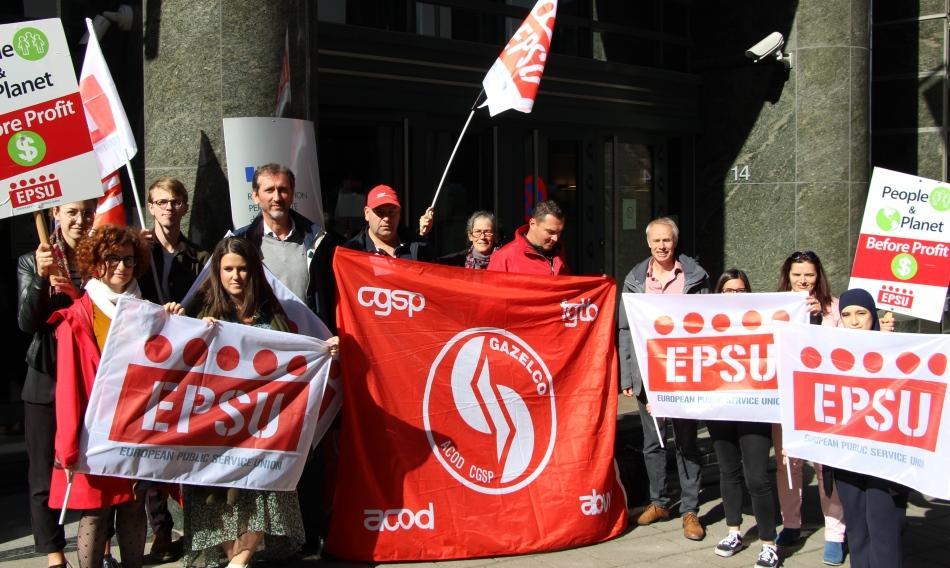 (2 August 2021) Following several years of battle, the French energy unions and their allies achieved a major victory when the French government withdrew the plan to dismantle energy company EDF. The government had proposed a restructuring plan, formerly called “projet Hercule”, then rebaptised “grand EDF” aimed at splitting up the national public company Électricité de France. EDF is a majority state-owned company. The plan is part of a neo-liberal vision for energy by fragmenting the companies and undermining the public energy service the companies deliver. Workers and users will be the victims as prices increase and jobs are lost. The plan has been fought by French unions for years. They mobilised support of many others in society including politicians at local and regional. The unions are demanding instead the strengthening of energy as a public service. A public energy service is further seen as the best way to address climate change and ensure a just transition with strong workers’ and union rights. The electric utility company employs 150,000 workers worldwide, mostly in France.

EPSU has been supporting the struggle of the French unions. They organised strike actions that mobilised thousands of workers.  EPSU staff and Belgian energy union Gazelco joined a protest action in solidarity on 19 September 2019 in front of the French permanent representation in Brussels.  Together with PSI, TUED and many other unions we joined protests in January of this year. Together we support demands for public energy.

The italian water campaigners and which include EPSU affiliate CGIL-FP have achieved a major success in submitting 400.000 signatures for the government to elaborate a law that sees to return the water services to public control.
Water
Feb. 19, 2007

The Council of Ministers for Energy discussed a number of proposals of the European Commission to continue with the internal market for electricity and gas, 15 Febuary 2007.
Energy
Sep. 10, 2008