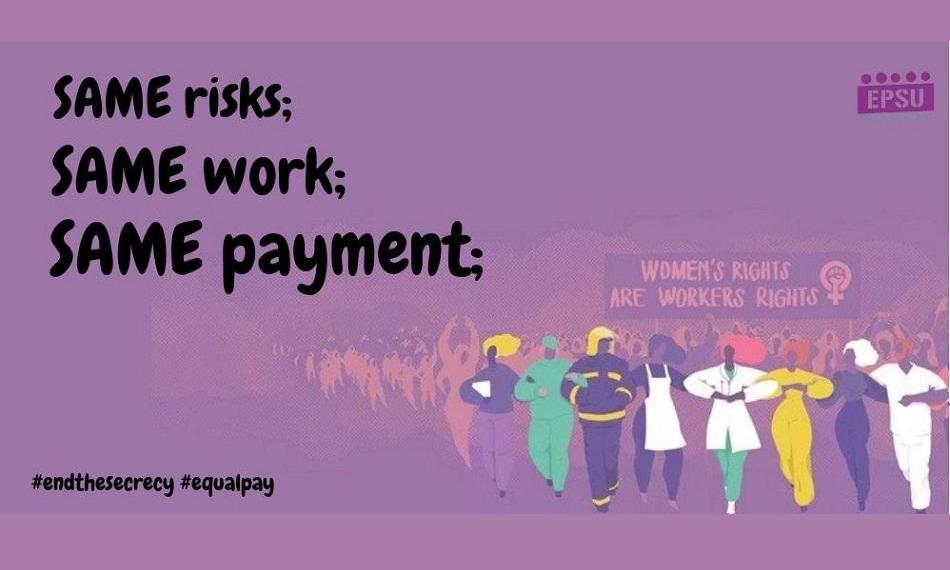 (27 May 2020) “Postponing the Pay Transparency Directive would have betrayed the mostly female frontline workers in health, residential, home, child- and elderly care. The current pandemic shows these are the jobs our societies depend on, yet they are still low paid and precarious. We are pleased the Commission has learned the lessons from COVID19, and will go ahead with the planned Pay Transparency Directive.” Jan Willem Goudriaan, EPSU Secretary General.

Women make up the majority of health and social services workers. These sectors have been put under a great strain throughout the COVID 19 crisis, and have proven once again the essential role of public services in society. But these sectors also suffer from a systemic undervaluation, resulting in lower salaries than comparative to male dominated sectors. In the EU, the gender pay gap is 15% on average. Part of this gap is attributable to the secrecy of remunerations and to gender blind job classifications. Pay transparency does not mean disclosing private and personal data, but it will lift the veil of discrimination and give women workers a tool to fight for the money that has been taken from them.

European Commission President, Ursula von der Leyen committed to binding Pay Transparency rules in the first 100 days of her mandate. Despite some uncertainty, and following pressure from EPSU and other union federations, the European Work Programme published today revealed that Commission intends to honour this commitment. EPSU will continue working to ensure the Pay Transparency Directive is implemented as effectively, fully and quickly as possible with a role for the trade unions to challenge any discrimination.