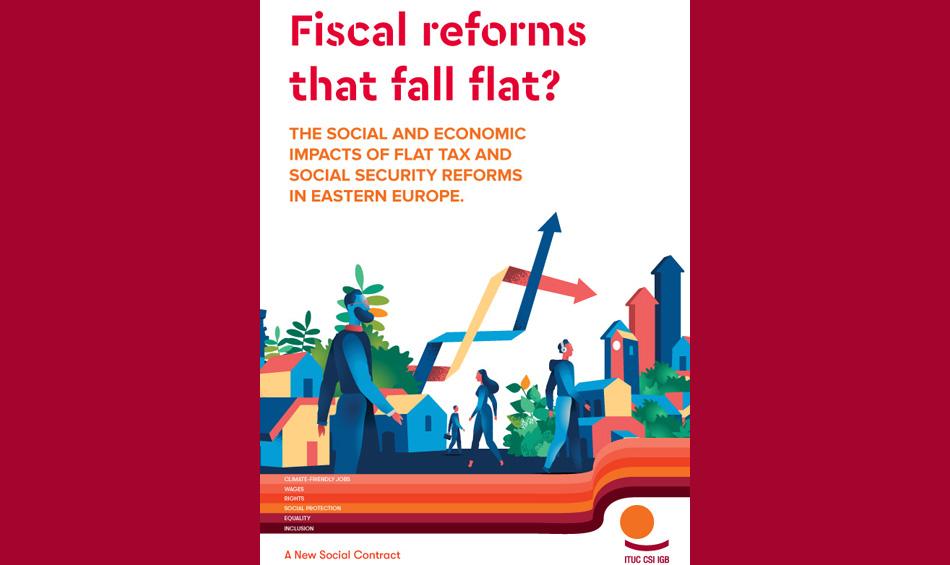 (25 May 2022) A new publication of the ITUC, the international trade union confederation, reveals how flat taxes favour the wealthy and do not deliver for working families and our communities. The publication is based on case stories from Georgia, Moldova, Romania and Ukraine.

Corporate interests, neo-liberals and the wealthy have been pushing taxation reforms including flat taxes in Eastern Europe and Central Asia. This reflects a trend towards increasingly regressive tax systems linked with reforms of social security systems. The aim is that such taxes stimulate economic growth and that, it is said, creates jobs. This new ITUC publication reveals that there is little evidence that flat-rate taxes, and the tax cuts for the wealthy that they imply, bring economic growth that is used to justify them. The study links with global studies that have looked at the impacts of pension privatisation have found these reforms are likely to lead to the deterioration of pension benefits and coverage, have a limited effect on capital markets, entail high administrative costs and benefit the financial sector (including international financial institutions), not the state budget or the citizens it is supposed to serve.

The reality is that given uneven disposable incomes, the idea of ‘levelling out’ the proportion of tax paid by all income-earners in a society implies tax cuts for the wealthy and a higher proportion of income taxes paid by lower income earners. As such, in practice, the tax burden effectively shifts from the wealthy and onto those on low or middle incomes. Further, if public pension systems deteriorate and workers are expected to shoulder the majority-share of contributions directly from their own salaries, those with lower savings, who rely on the basic income that should be guaranteed by a pension floor, are harmed disproportionately.

Because decisions to introduce flat-rate taxes, reform social contributions and/or privatise pensions are not backed by strong evidence of a positive impact on economic growth, and given that these policies disproportionately favour the wealthy within a society, this paper argues that they are largely political and ideological decisions. The paper investigates the impacts of these types of reforms to taxation and social contributions in the four case study countries.

A lack of tax income impacts on the development of quality public services. And again, this hurts the most vulnerable in society as they use certain services like public transport, social security schemes more often. The idea of such flat taxes should be rejected in favour of progressive tax systems.

Results of workshop on Fair taxation

A lot of interesting reports have been published by the European Tax Observatory https://www.taxobservatory.eu/publications/ 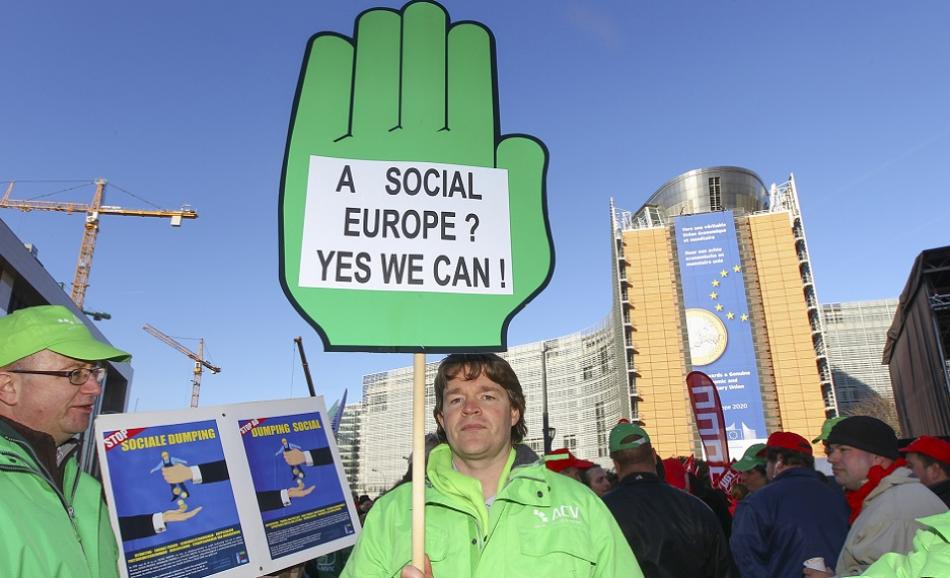 In light of the unprecedented health, social, and economic challenges that the EU is facing, a complete overhaul of our current fiscal system is needed.
Economic Policy
Tax justice
May. 27, 2015