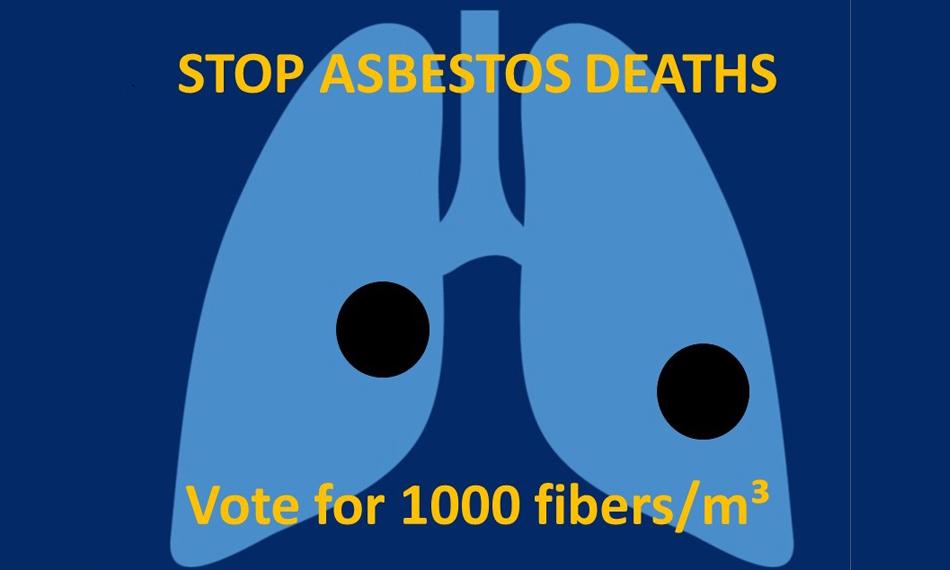 (23 September 2021) An estimated 3.17 million people have died in the last 40 years in EU 28 as a consequence of inhaling asbestos fibres. Experts of the International Commission on Occupational Health (ICOH) have estimated that with the current legally allowed exposure limit to asbestos fibres in the EU some 90,000 asbestos deaths every year are likely. European unions have asked the European Parliament to introduce a new limit that would assist to stop the dying of workers from Asbestos. It would be in line with the ambitions of the European Union to have zero work-related cancers.

Many workers are faced with the deadly asbestos heritage. Workers that risk to be exposed to asbestos include firefighters, workers in waste disposal, construction workers, cleaners and miners. The European Parliament is considering a new Occupational Exposure Limit bringing the allowed exposure down from 100.000 f/m3 (0.1 f/cm3) to 1000 fibres/m3 (0,001 fibres/cm3). The Occupational Exposure Limit (OEL) determines the number of asbestos fibres per m3 air allowed in workplaces without dedicated protection measures. These proposals are part of a legislative report on Protecting Workers from Asbestos (the “Villumsen report”). The European Commission and industry are actively lobbying against this new limit with the conservative groups in Parliament siding with industry and the Commission.

For the joint letter

For a press release of EFBWW

For the work of the EPSU Firefighters network

EPSU is supporting the Stop Cancer At Work Campaign 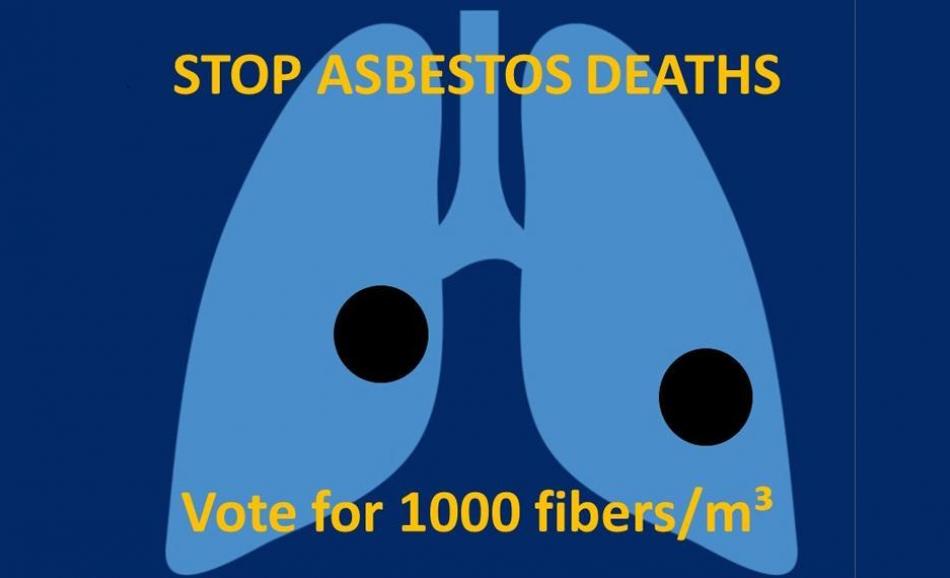 EPSU calls on the Commission to stop asbestos deaths

EPSU believes that we need a binding legislative initiative at EU level and we urge the European Commission to move forward with a comprehensive legislative package to protect workers from asbestos.
Health and Safety
Waste
Oct. 05, 2022 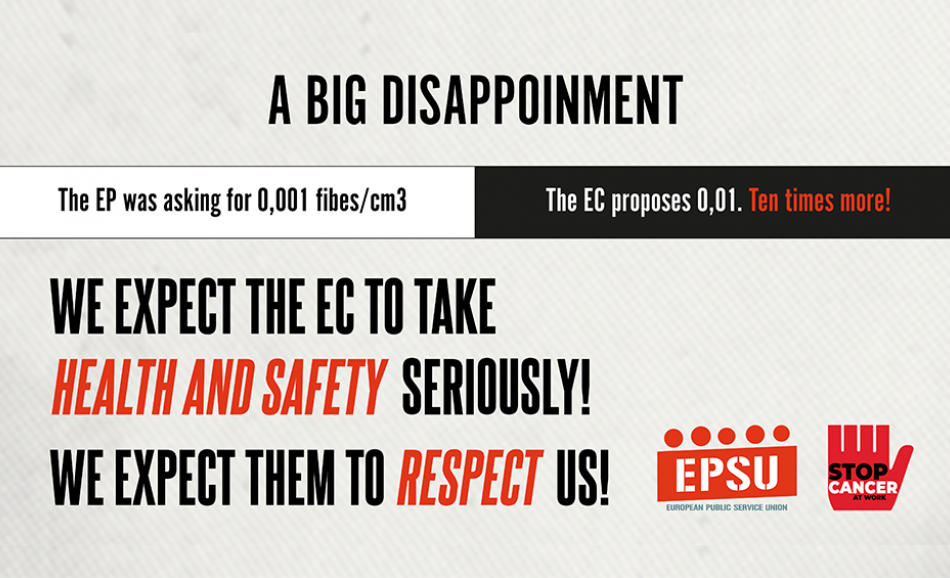 Health and safety of workers must be taken more seriously: stop asbestos