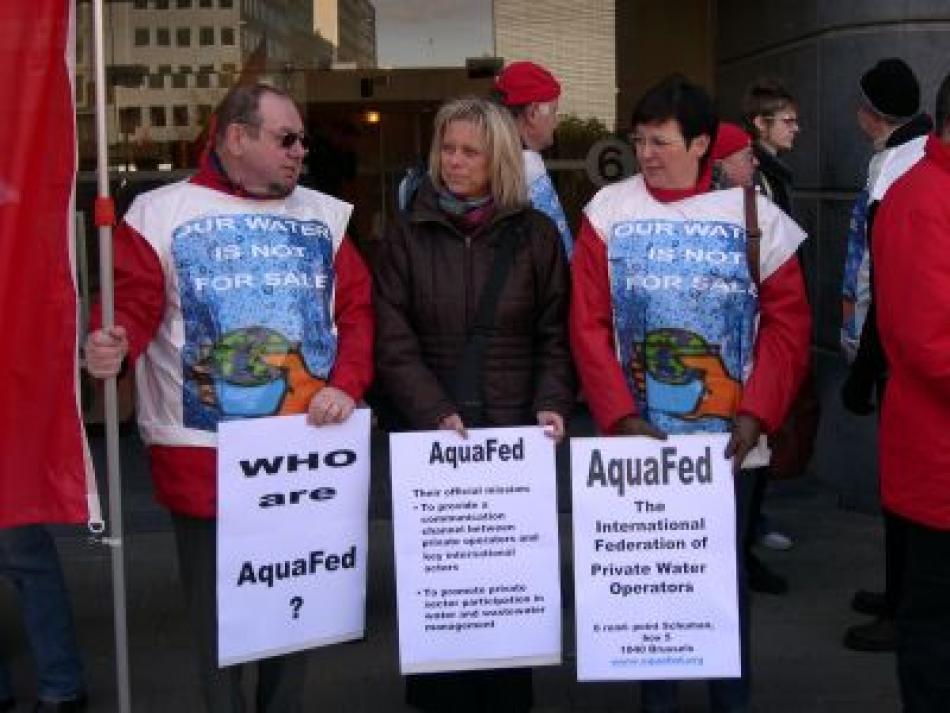 (22 March, Brussels) EPSU today held an action to mark World Water Day in the heart of Europe. A human chain of 1000 people was formed between the offices of AQUAFED (the International Private Water Company Federation) and the European Commission headquarters. "This action was to demonstrate that private water companies continue to pressure EU decision makers to make the case for water privatisation", said EPSU deputy General Secretary, Jan Willem Goudriaan. "This is despite a mountain of evidence that shows that this model simply does not work". The chain of 1000 people passed buckets of water and dollar signs to visually illustrate the risk of water access being considered only as a business and not as a human right. Aquafed was established 5 months ago with the express purpose of "promoting private sector participation in water and wastewater management" and it continues to resist demands to reveal its member organisations.

EPSU used the occasion to also launch a study on AQUAFED and its close ties to French multinational SUEZ. The background study was prepared by Public Service International Research Unit (PSIRU) and is called 'AQUAFED - another pressure group for private water'.

This action was particularly well timed in light of the ongoing Services (Bolkestein) directive debate, which still includes the water sector within its scope.


This action was supported by:


Also in attendance were:

EPSU is the European Federation of Public Service Unions. It is the largest federation of the ETUC. 8 million public service workers and their 209 trade unions are members. They organise workers in health and social services, local and national administration, energy, water and waste

- for more information on our water activities 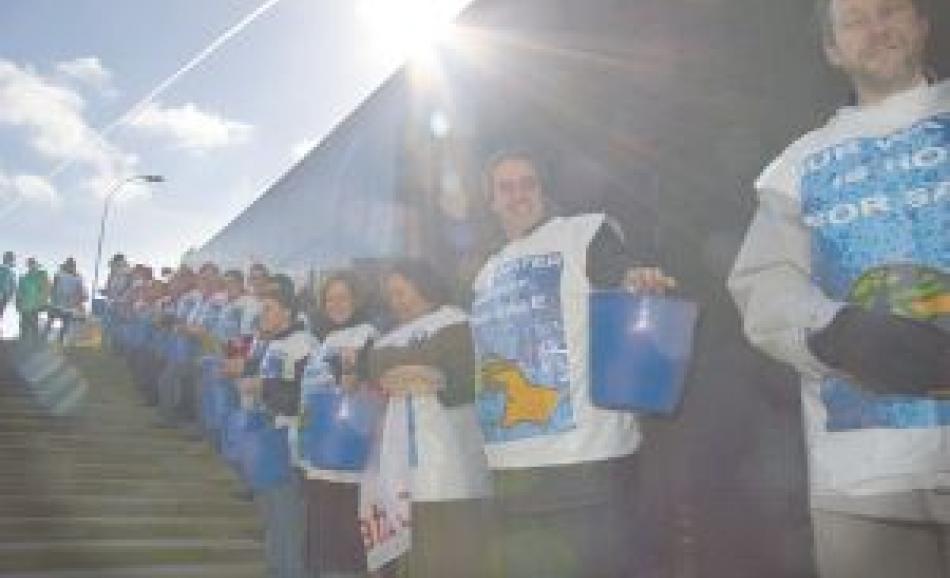 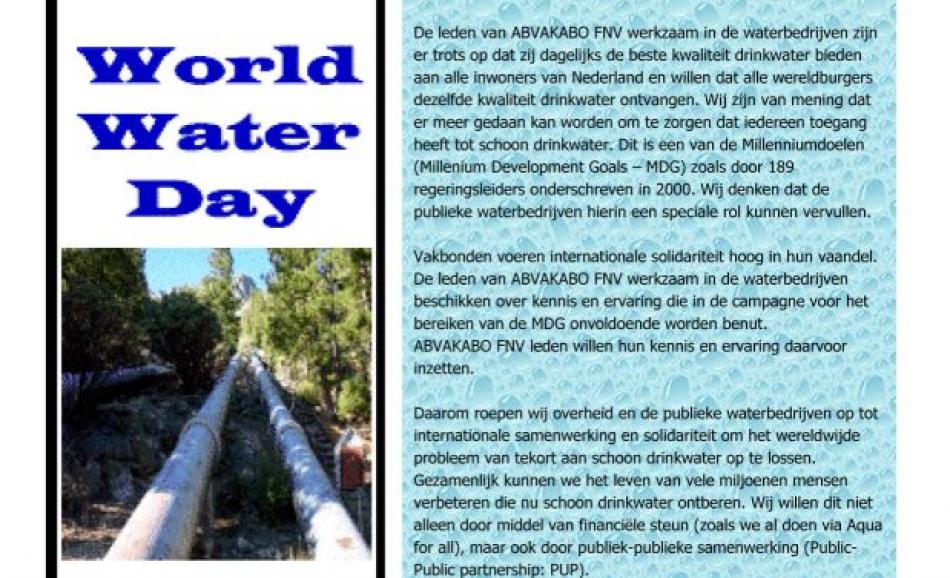 The Standing Committee on Public Utilities considered a number of developments in the European Water sector at its meetings on 7 April 2005 and 7 October 2005 in Luxembourg.
Water
All PoliciesAll Policies