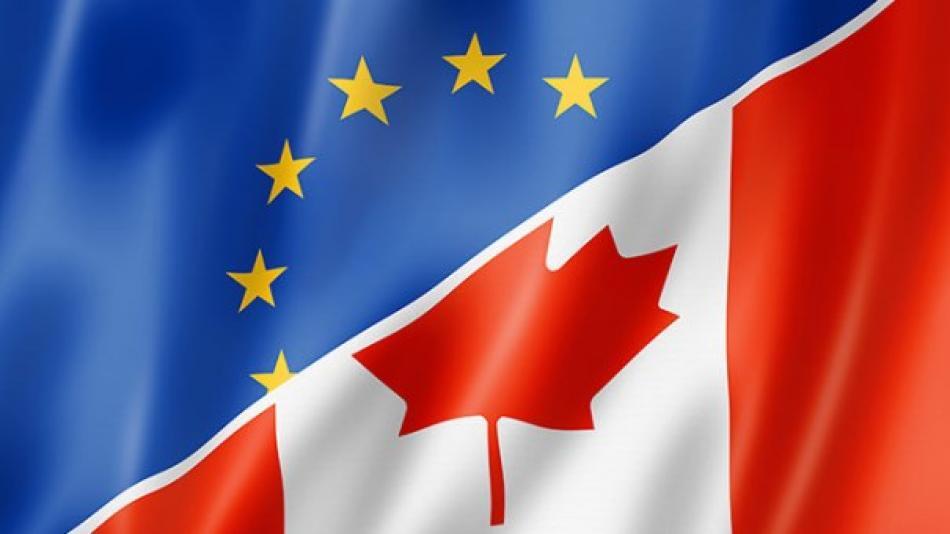 (15 December 2015) For the first time since its inception, the European Parliament’s international trade committee debated the ‘Comprehensive Economic and Trade Agreement’ (CETA) between the European Union (EU) and Canada last Wednesday 9th December 2015. Partly overshadowed by negotiations with the United States over the Transatlantic Trade and Investment Partnership (TTIP), CETA has also (wrongfully) been dismissed as being of little relevance given the modest size of Canada.

Though negotiations for the deal began back in 2009 and were finalised over a year ago, until now the agreement had not been discussed in Parliament.

The Committee debate was thus a welcome, if long-overdue opportunity to shine the light on this little-known agreement. Such light is urgently needed because – despite EPSU’s best efforts since 2009 to influence the outcome of the negotiations, working with Canadian unions and civil society on both sides of the Atlantic - CETA is very problematic indeed.

Our first major concern relates to the Commission’s governance process, which requires that all trade agreements undergo a sustainability impact assessment (SIA). Though completed in 2011, and despite numerous prompts from EPSU*, CETA’s SIA has as yet received no response from the European Commission. This is especially disappointing considering the fact that the SIA recommended the exclusion of ISDS from the agreement, given the quality of both the Canadian and EU justice systems. The SIA also said that the chapter on trade and labour should provide for better implementation and ratification of the ILO’s Core Labour Standards and Decent Work Agenda, making explicit reference to ILO Convention 94 on public procurement. Several EU member states have ratified ILO Convention 94, which provides for labour clauses in public contracts to avoid companies underbidding by cutting labour costs. Including a reference to this Convention in CETA could have ben a tangible opportunity to show that the EU is serious about using trade agreements to promote and enforce labour standards, in line with aims of the Commission’s ‘new trade strategy’, and so ensure that social rights prevail over competition rules. And yet CETA’s ‘sustainable development chapter’ is particularly weak and – unlike other parts of the agreement – has no enforcement provisions. When EPSU pushed trade Commissioner Cecilia Malmström on the Commission’s silence over the SIA’s findings, we were met with a vague reassurance that a response would be published “soon”.

A second point of serious concern relates to public services. EPSU, like many others, wanted public services to be excluded (carved out) of CETA and are unhappy at the lack of safeguards in the agreement to access for all to quality health, education, water and sanitation and public transport provision. However CETA guarantees the opposite of this, following what is known as a ‘negative list’ approach to negotiations. This means that for the first time an EU agreement all public services are officially open to procurement unless they are expressly removed from the negotiating table, which will make it much harder for governments - especially at local level - to safeguard them from exposure to liberalisation.

Last week Commissioner Malmström attempted to bat away these concerns, reiterating past statements on the fact that the EU’s ‘tried and tested’ techniques for safeguarding public services in trade agreements have not seen any major problems in the last 20 years. However such reassurances fail to assuage our concerns, particularly given the current direction of Europe’s political winds: no fewer than 11 Member States (Belgium, Cyprus, Denmark, France, Germany, Greece, Ireland, Italy, Portugal, Spain, and the UK) have so far liberalised long-term care. Without an explicit exclusion of these services from CETA it will become extremely difficult for these countries to protect the long-term care sector from the asset-stripping strategies of foreign financial investors.
Even more concerning, the inclusion of in CETA of what is known as ‘ratchet’ and ‘standstill’ clauses threaten the ability of future governments to bring failing and costly outsourced services back into public ownership, effectively rendering these liberalisation commitments irreversible. Far from accidental, last week’s discussion made clear that ratcheting has been deliberately and precisely invented to shorten the path to free trade “Nirvana”.

If CETA’s ratchet clause wasn’t enough to confirm the irreversibility of CETA’s impact on public services, then the inclusion of Investor State Dispute Settlement – or ISDS – certainly is. Much criticized for being at odds with the public interest and democracy, ISDS is an arbitration mechanism in which disputes between foreign corporate providers and governments are dealt with in private courts that sit outside state judiciary mechanisms, overseen by lawyers selected by the complainant corporation itself. Not only has the existence of ISDS in other bilateral trade agreements enabled several multinational corporations to sue governments for implementing policies that threaten their profits, but many fear that the mere threat of legal action being sued means that more progressive governments will be dissuaded from regulatory intervention and renationalisation policies in the future.

More broadly, the Commission’s insistence that public services are safeguarded in CETA suggests worryingly that it doesn’t consider elderly care as a public service, to which all citizens are entitled. In this regard, responses given last Wednesday by Mauro Petriccione, the EU chief negotiator for CETA, were telling. Asking rather bluntly why a carve-out was wanted, he stated: “The EU does not regulate everything – member states have choices. If a member state does not consider a particular service to be a public service, that is their choice.” This despite the Commission’s new trade strategy Communication which puts much emphasis on European “values”, of which public services are undeniably part.

As the deal currently stands, therefore, member states will have had a one-off chance to decide whether or not to commit their public services in CETA, made at the time they negotiated the agreement. Future governments will not be able to undo this, no matter how negative the impact of such decisions on frontline services. We might wonder whether the European Commission, which is bound to uphold the Treaty provisions that safeguard public services, has authority to do this.

Despite this, the Commission remains adamant that the agreement poses no problems for public services and has indicated that it will be ready to present CETA to Members of the European Parliament (MEPs) for approval in 2016. CETA is currently undergoing what is known as “legal scrubbing”, in which Commissioner Malmström last week indicated that - with the cooperation of the newly elected Canadian government - the ISDS provisions of CETA will be improved; she also pointed out that there may still be room for the “right to regulate” to be emphasised. However on all other items the Commissioner and her negotiators were unequivocal that they would no longer be considered as up for discussion.

For EPSU, such swift dismissals of what are very real concerns are simply not enough. As last week’s exchange made clear, there is a palpable disconnect between the many parties waging in on the CETA debate, with a cacophony of dissenting voices against the Commission’s plans from EU citizens and civil society stakeholders. As the date for a European Parliament vote on CETA fast approaches, our questions need urgent answers, and we will keep putting them to CETA’s backers until our fears are allayed. Last week was an important chance to do just that, however it is clear that much needs to be done to develop a real dialogue on the extent public services are kept in or out of CETA. Failure to do so will set the EU firmly on track towards ever greater, easier and irreversible liberalisation.

(*) The EC’s SIA ‘handbook’ says “Trade SIAs are followed up with position papers in which the Commission responds to findings. These papers should also show how the findings will be taken into account in the development of policy for negotiations. Position papers should be posted on the internet once they are endorsed and the process of integrating results into policy-making should be more systematically implemented and improved. This will be key to ensuring the mid-term credibility and relevance of the Trade SIA programme.” 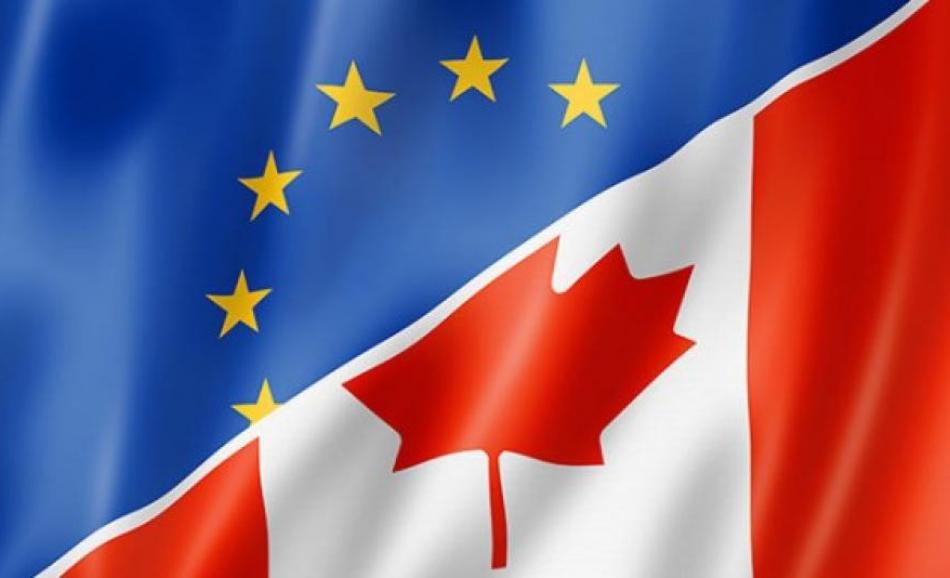 More dialogue is urgently needed in the CETA debate

Trade was at the top of the European agenda in 2015, as huge bilateral trade deals between the European Union (EU) and third countries continued to be negotiated and debated.
Trade
Feb. 10, 2017 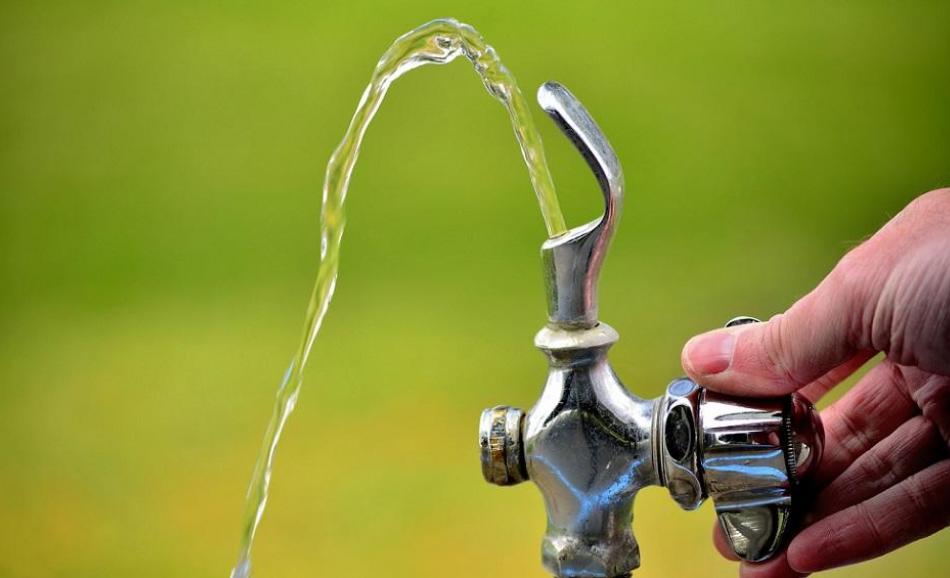 In an open letter sent to all MEPs in the run-up to the vote on CETA on 15 February, the European Water Movement, Council of Canadians, Blue Planet Project, Food &amp; Water Europe and Wasser in Burgerhand call on the European Parliament to vote against
Trade
Water
Jan. 24, 2017 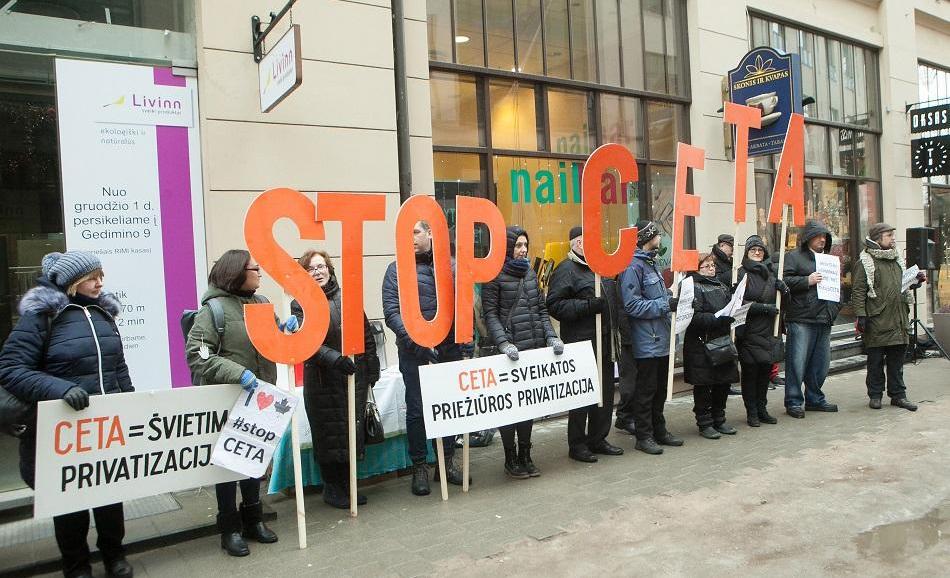 Protests against CETA continue in advance of vote in European Parliament

(24 January 2017) Workers and others continue the protests against CETA in actions across Europe 21 January. From Madrid to Riga demonstrations underlined what the impact of the trade agreement
Trade