(17 September 2012) The European Commission announced it is withdrawing its proposal for the Monti II regulation, 12 September 2012. The parliaments of 12 countries adopted reasoned opinions arguing the regulation violates the subsidiarity principle of the Treaty. In a letter to the President of the European Parliament the Commissioners responsible argued that while they disagree with the arguments raised against the regulation, they have understood that there is no political support in the Parliament and Council. The regulation would have restricted the right to strike to favour the economic freedoms of the European Union.

The EPSU Executive Committee adopted a statement Labour is not a commodity – Hands off the right to strike "The state of the union address of Commission President Barroso lacked the measures to strengthen Social Europe. EPSU wants a Europe for workers, their families and communities. Establishments, services and corporations do not have hearts that tick or kids to take care off" commented EPSU Deputy General Secretary.

"The ETUC proposal for a social progress protocol is way to ensure social rights have priority over economic freedoms."

The Commission proposed the regulation on the exercise of the right to take collective action within the context of the freedom of establishment and the freedom to provide services COM 2012 (130) to address the problems posed by the Laval and Viking rulings of the European Court of Justice. These rulings put economic freedoms before social rights.

- Letter to the European Parliament

EPSU Press Communication: EPSU Executive rejects Monti II Regulation – Labour is not a commodity – Hands off the right to strike

The European Commission has proposed a regulation to deal with the right to strike.
Union Rights
May. 01, 2019
2019 May epsucob@NEWS 09 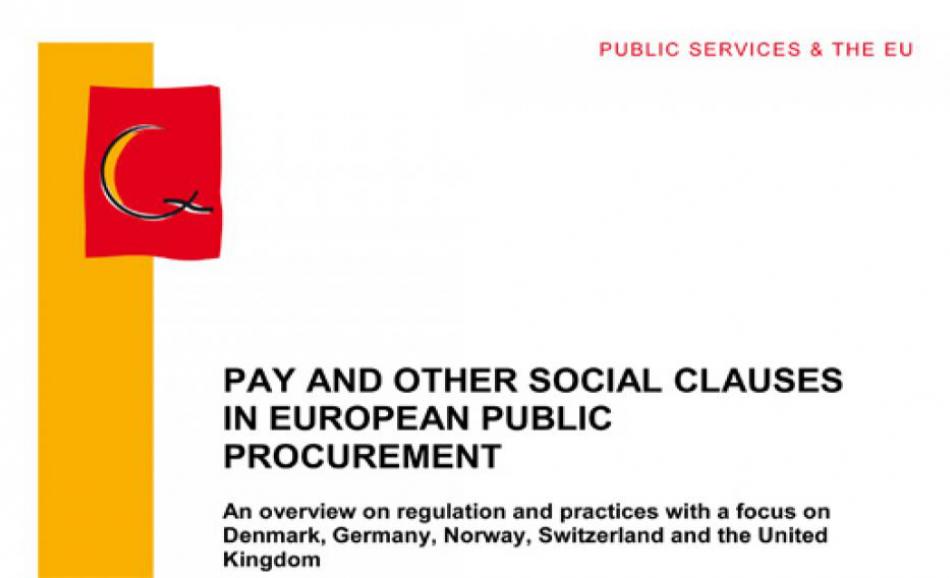 PAY AND OTHER SOCIAL CLAUSES IN EUROPEAN PUBLIC PROCUREMENT

Study on behalf of the European Federation of Public Service Unions (EPSU) - Düsseldorf, December 2012 - An overview on regulation and practices with a focus on Denmark, Germany, Norway, Switzerland and the United Kingdom.
Procurement