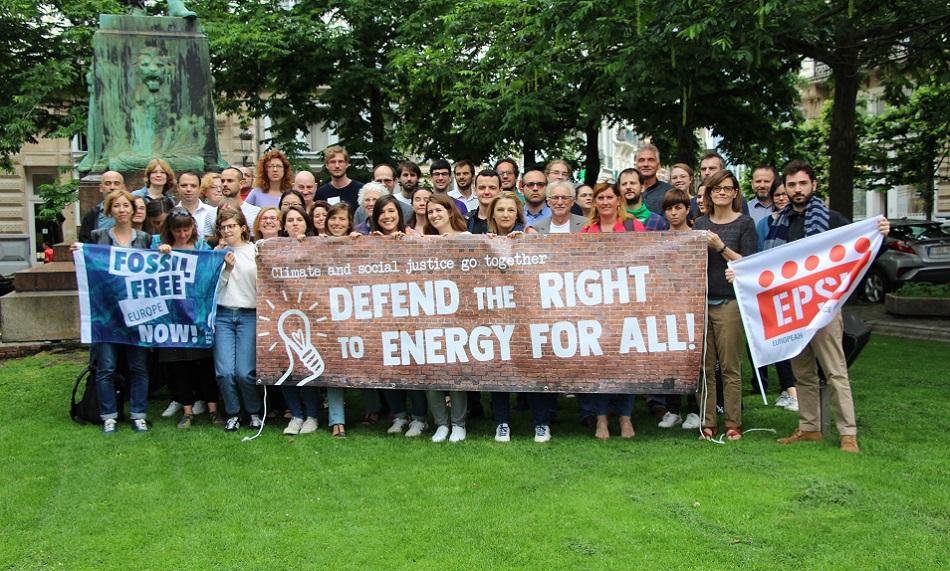 The gathering adopted a resolution that you can read here in order to broader our coalition to those that share our values and vision.

The event was closed with a roundtable of MEPS that discussed the next mandate. Theresa Griffin, Cornelia Ernst and Saskia Bricmont, recently elected in Belgium discussed about the coming term in the European Parliament, the debate was moderated by Benjamin Denis from ETUC.

(11 March 2009) The European Commission presented the agreement on the Emission Trading Scheme as reached between the Council and the European Parliament December 2008. It has become a complex
Electricity
Social Dialogue
Sep. 30, 2009

(30 September 2009) The EPSU EWC coordinators group considered a number of texts on the procedures and mandates to arrive at transnational agreements. Large consensus was achieved and the way
Company policy and EWCs
Nov. 17, 2017

Public event on the right to energy coalition on December 5

In June, a new Right to Energy coalition brought together unions, environmental NGOs, energy cooperatives, ombudsmen and anti-poverty organisations to defend the right to affordable, renewable energy for all Europeans in the 2030 EU energy package
Energy