Europe: a trend to remunicipalisation?

(July 2012) After many years when privatisation, contracting-out and outsourcing have been the dominant trends across the public services, there is now increasing evidence, particularly in the municipal sector – including water and energy – of trends in the opposite direction.

The Public Services International Research Unit (PSIRU) at Greenwich University in London has produced a short briefing for EPSU that looks at the background, the latest evidence and highlights some of the key issues facing trade unions faced by re-municipalisation.

The briefing notes that despite fiscal pressures, there are clear signs that municipalities are continuing to move towards remunicipalisation rather than privatisation. For example, it quotes a study in 2011 by Leipzig University of over 100 German municipalities concluded that “the trend is towards greater provision by the public sector”.

Half of the municipalities with budget deficits plan some form of restructuring of municipal services, but while 41% of these are considering moving towards inter-municipal cooperation, and 36% towards re-municipalisation, less than 3% are considering privatisation.

Meanwhile, in France, municipalities and regions continue to re-municipalise water services or public transport. And even in the UK, where the national government itself is pushing through privatisations in healthcare and prisons, outsourcing has been rarely used by municipalities, despite having to achieve cuts of 7% in one year.

The briefing quotes the Financial Times: “local authorities have grown sceptical about the savings outsourcing can deliver, as well as fearing a backlash against private companies making large profits from the taxpayer.”

The report look at some of the main reasons behind this trend including examples of private sector failures and evidence that, not only can the public sector deliver efficiency gains but it can do so more effectively than the private sector.

Other issues investigated include the costs of the tendering process and monitoring contracts while the briefing also examines the impact on employment and pay and conditions. While there are many cases of privatisation leading to a deterioration of pay and conditions, the report notes that some difficult issues often arise in cases where services are brought back inhouse.

The report can be read here.
up
799 users have voted.
Policies:
Remunicipalisation
Networks:
Public Services

Europe: a trend to remunicipalisation?

After many years when privatisation, contracting-out and outsourcing have been the dominant trends across the public services, there is now increasing evidence, particularly in the municipal sector –
Remunicipalisation
Jul. 04, 2017 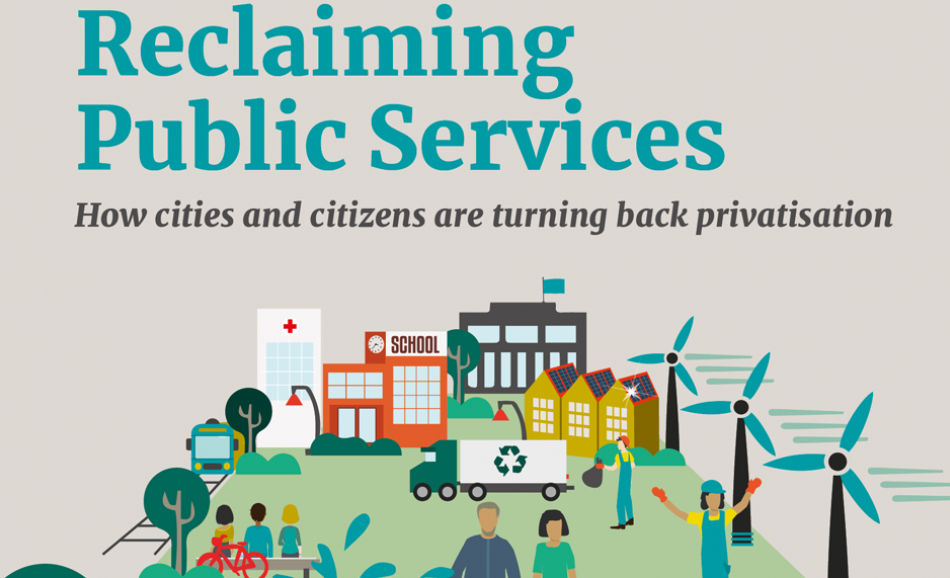 The latest research from the Transnational Institute, with the support of EPSU as a leading partner has been published. This report confirms what EPSU was been arguing for years, that privatisation has not worked.
Local government
PPPs
Privatisation
Remunicipalisation
Jun. 02, 2004