The European Commission has proposed to follow a benchmark approach in the GATS negotiations of the WTO. The EU non-paper argues that there is a crisis in the GATS negotiations which has created a need for drastic measures such as proposed in their document. Other WTO members, such as the representatives of Brazil, Malaysia, South Africa, and India who took part in the trade union/NGO meetings on GATS in Geneva over 28-30 June, would refute such an interpretation, arguing instead that the GATS negotiations are continuing at a steady pace and cannot be expected to go any faster. The Trade unions have already stated their opposition to the principle of 'benchmarks' as intrinsically different from the principle of a "bottom-up" approach on which GATS is based, and which should enable each WTO member full flexibility in deciding what level of liberalisation to offer in which areas, or whether to offer any sectors for GATS liberalisation at all. For easy reference, the Global Unions statement for the Hong Kong WTO meeting states that, " The current efforts by some WTO members to establish “benchmarks”, stipulating minimum levels of GATS liberalisation, undermines the principle of a “positive list” approach to GATS (by which countries are free to indicate which sectors they want to include for GATS commitments) and should be ruled illegitimate in further GATS negotiations." (For more on the trade union statement for Hong Kong read
http://www.icftu.org) 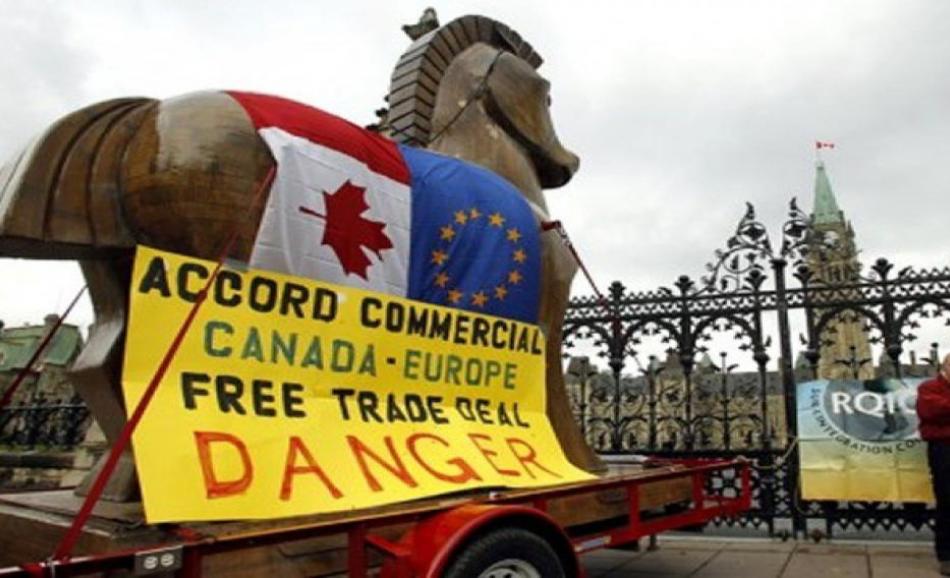 The controversial trade deal that has been negotiated between the European Union and Canada, also known as Comprehensive Economic and Trade Agreement (CETA), may soon be upon us.
Trade
Sep. 17, 2014

(17 September 2014) In its response to our European Citizens’ Initiative, the European Commission stated that it would explore the possibility of promoting the benchmarking of water services (on quality
Water
Jan. 28, 2008
002 epsucob@NEWS January 2008

The SIPTU general workers' union has expressed its concern about a developing trend in the benchmarking reports that compare public and private sector pay. The latest report endorsed higher increases for higher level civil servants to keep them in line with the higher than average pay increases for private sector executives. The union warns that the government is not addressing the issue of pay in the private sector where employers are using agency and migrant workers to undermine pay levels. The union argues that this will then have an impact on public sector pay through the benchmarking