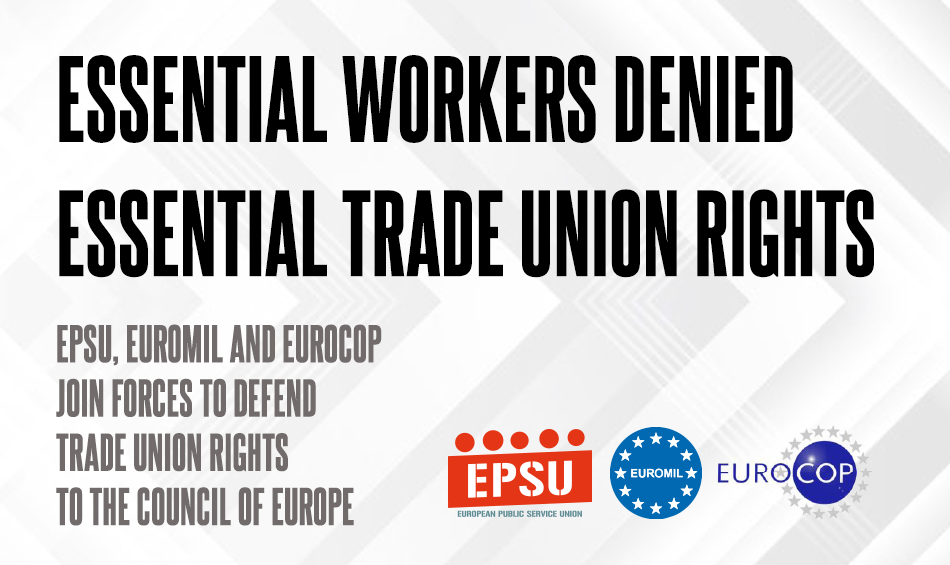 EPSU, EUROMIL and EuroCOP join forces to defend trade union rights to the Council of Europe

In many European countries public workers deemed essential to fight the Covid-19 pandemic continue to be denied essential trade union rights to defend better pay and working conditions. The protection and extension of the basic trade union rights to organise, negotiate and take collective action, as well as an even application of EU social minimum standards to all public services workers, are shared concerns for all three trade union federations.

As part of a two-year European Commission-funded project, the federations have commissioned a team of academics led by Alexander de Becker of the University of Ghent to draft a report on common issues and trends across Europe. The report provides a good basis for the ECSR to examine the situation in greater depth by holding further exchanges with the federations and their members.

For the federations, the broadest possible rights must be afforded across all public services in Europe. Any unjustifiable limits on those rights pose a threat to all our unions and professional associations. The denial of trade union rights to large numbers of public service workers can be used to restrict rights where they already exist or deny rights where they might be claimed.

The joint cooperation between the federations will continue with the preparations of a final conference in Skopje on 22 September, which the ECSR has been invited to take part in.

Reports of the project regional meetings are available in EN here

EUROMIL - The European Organisation of Military Associations and Trade Unions is the voice of European soldiers on an international level. Its core mission is to promote the professional and social interests as well as the fundamental rights and freedoms of European soldiers. https://euromil.org/who-we-are/

EPSU is the European Federation of Public Service Unions. It is the largest federation of the ETUC and comprises 8 million public service workers from over 260 trade unions across Europe. EPSU organises workers in the energy, water and waste sectors, health and social services and local, regional and central government, in all European countries including the EU’s Eastern Neighbourhood. In our sectors we organise workers in the public, the non-profit, mixed and private sector including in multinational companies. It is the recognised regional organisation of Public Services International (PSI).  www.epsu.org. 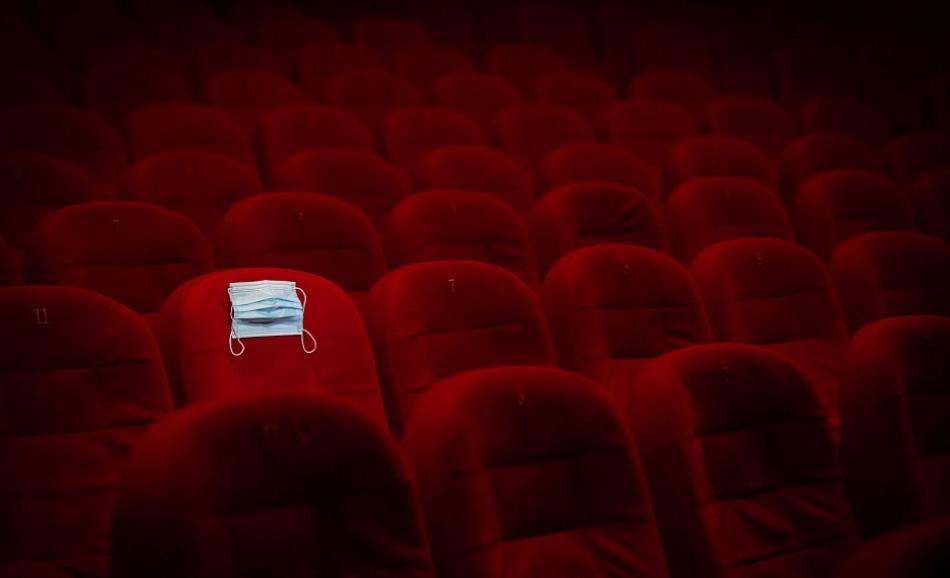 Arts and culture are amongst the sectors worst hit by the Covid-19 pandemic, pushing many workers from precarity to poverty and putting in jeopardy the future development of many cities.
Central government
Culture
Local government
Solidarity
May. 28, 2013
2013 May epsucob@NEWS 08

In a short briefing, Wir Machen Urlaub, WIPO Nr 7/13, ver.di underlines the important role that trade unions have played in winning the right to paid holidays and even better entitlement in collective agreements. Most workers covered by a collective agreement will get 30 days' paid leave compared to 25 where there is no agreement and 20 as guaranteed in law. Workers in mini-jobs may often be denied the legal minimum. This also contrasts with the situation in the US where there is no legal right to any paid holiday. [Read more at > 07/13 Wir Machen Urlaube (DE)->http://wipo.verdi.de

Services union ver.di has joined with other organisations in the social care sector to campaign for decent care. As well as calling for increased funding for the sector, the campaign will also focus on the need for decent pay for care workers and proper professional recognition of the work they do. Ver.di has criticised the federal health minister for failing to include in the new bill on care institutions any measures to make care professions more attractive. The union is also concerned that there will be continual pressure to keep pay low with the only protection the minimum wage for the