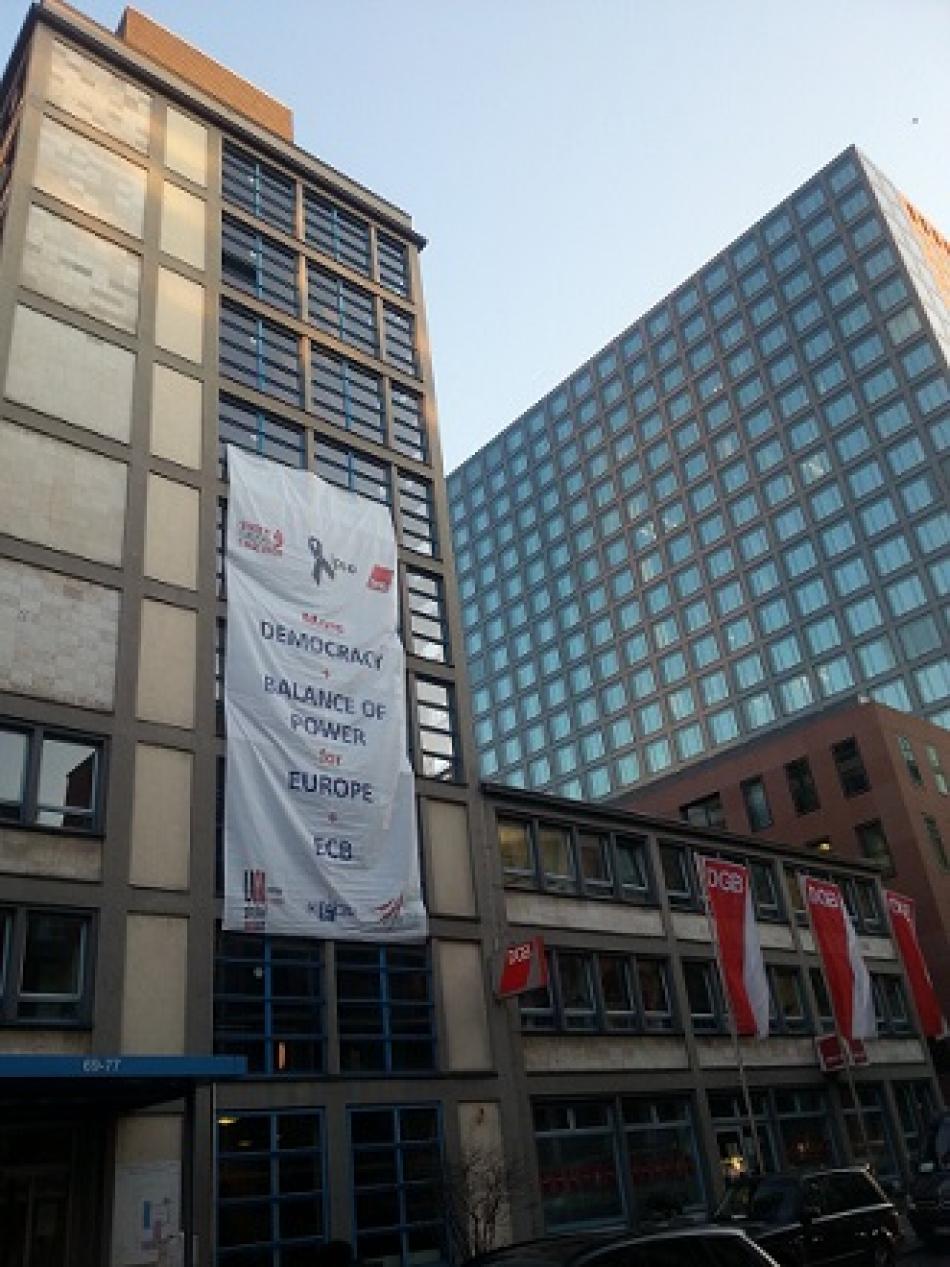 (17 March 2015) On the occasion of the inauguration of the new head office of the European Central Bank, trade unions are demanding more democracy and an end to austerity that is hurting people and workers across the EU.

We need alternatives and a public investment plan on a scale that will start to address the situation of the 24 million unemployed and the many more millions in poverty. Thousands of citizens from across Europe will demonstrate with action group Blockupy to show their anger over the failed economic policies.

Public sector pay has been a matter of concern for the European Central Bank (ECB) for some time with former President Jean-Claude Trichet making several public statements on the issue.
Collective Bargaining
Aug. 07, 2020

The ETUC has criticised the European Central Bank for its decision to increase interest rates by a quarter of a percent. The ETUC says the rise will damage prospects for the continuing recovery of economic growth and that there is no evidence of a pick-up in wage inflation as argued by the Bank. The ETUC maintains that wage increases are running at around 2.5%, little different from 2005 and with no indication of any significant change running into 2007.Read the press release at > ETUC (EN)And at > ETUC (FR)And the background report at > ETUC (EN)
All PoliciesAll Policies