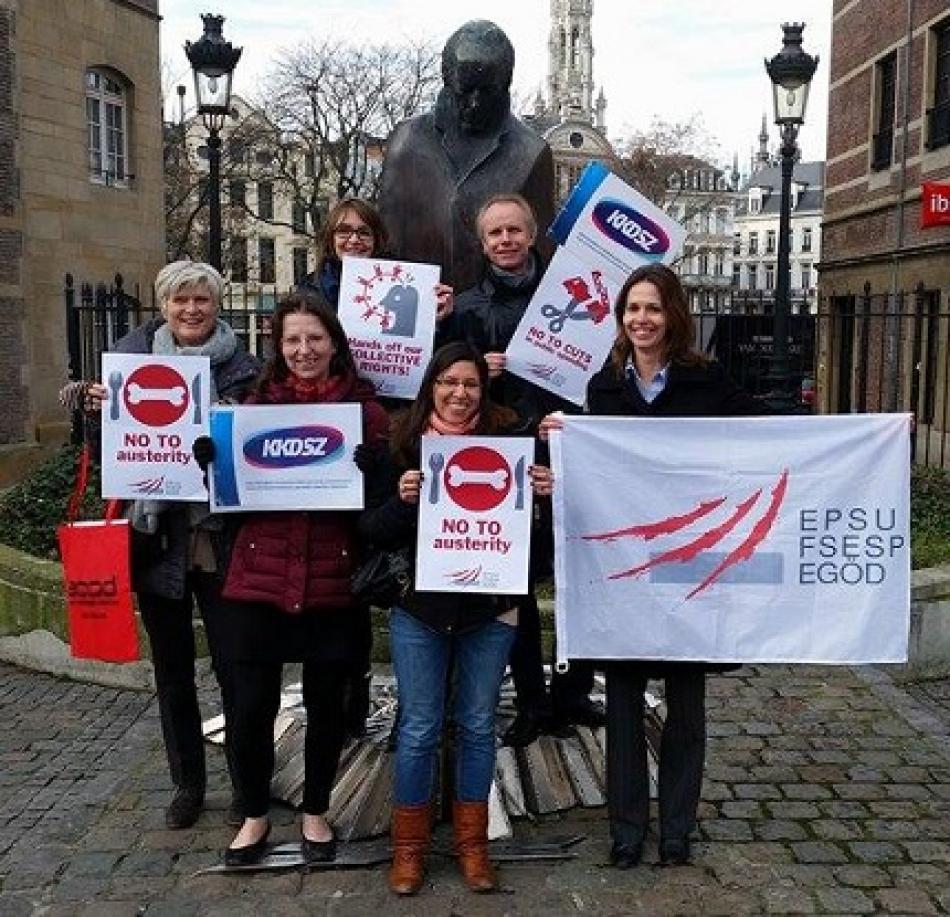 (16 January 2015) EPSU sends its support to the KKDSZ culture workers’ union which is organising several demonstrations across Hungary on 20 January. The culture sector has been neglected by governments over many years with a third of jobs cut since 2008. The important role that workers play in museums, libraries and many other cultural institutions continues to be undervalued. Workers in the sector have not seen a pay rise for over 10 years and are surviving on poverty wages. Many trade unions in other sectors in Hungary recognise the situation of the culture workers and have given their support to the demonstrations.

Over 80 trade union representatives from 20 countries meeting at EPSU’s collective bargaining conference this week also expressed their support for the KKDSZ action. EPSU hopes that the demonstrations are successful and well supported and that they send a clear message to the government about the invaluable contribution that culture workers make to society and the urgent need to recognise this by increasing employment in the sector and awarding workers a long overdue pay increase.

Workers at the National Institute for Performing Arts and Music (INAEM) have organised a demonstration for 19 April in protest at cuts and changes to working conditions. The FSC-CCOO public services federation wants to make clear that it sees culture as a public service and the cuts threaten to restrict the enjoyment of the arts to the rich. The union is also protesting against unilateral changes to working conditions including annual leave and working time. Read more at > FSC-CCOO (ES)

Culture: the trade union response to the problems facing the sector

A report for the European Federation of Public Service Unions (EPSU) by the Labour Research Department, October 2011 Executive summary Employment in the cultural sector: There are some
Local government