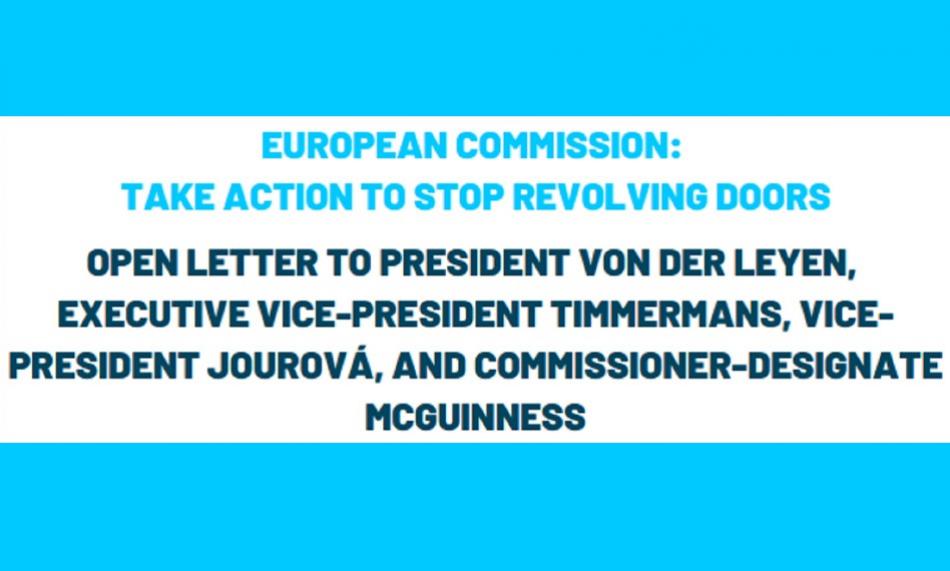 (19 October 2020) A group of organisations have sent a letter to European Commission President von der Leyen, Executive Vice-President Timmermans, Vice-President Jourová, and Commissioner-designate McGuinness to urge them to address the matter of “revolving doors”: where high-level politicians and regulators become lobbyists and consultants for the companies they once controlled and vice-versa.

The letter was triggered by the former Director of the European Banking Authority (EBA), Adam Farkas, becoming the new Chief Executive of one of the most powerful finance lobby groups in Europe, the Association for Financial Markets in Europe (AFME). This moved was highly condemned, including by the European Ombudsman, Emily O’Reilly, who found that “the EBA should have forbidden the job move”.

This practice of “revolving doors” has repeatedly damaged the reputation and independence of the EU institutions. This is why civil society organisations, including EPSU, have sent the open letter urging the Commission to address it.

(24 November 2011) Alliance for Lobbying Transparency and Ethics Regulation (ALTER-EU) of which EPSU is a member is drawing attention to the high level Commission officials that join the lobby
Transparency & Corruption
Mar. 20, 2012