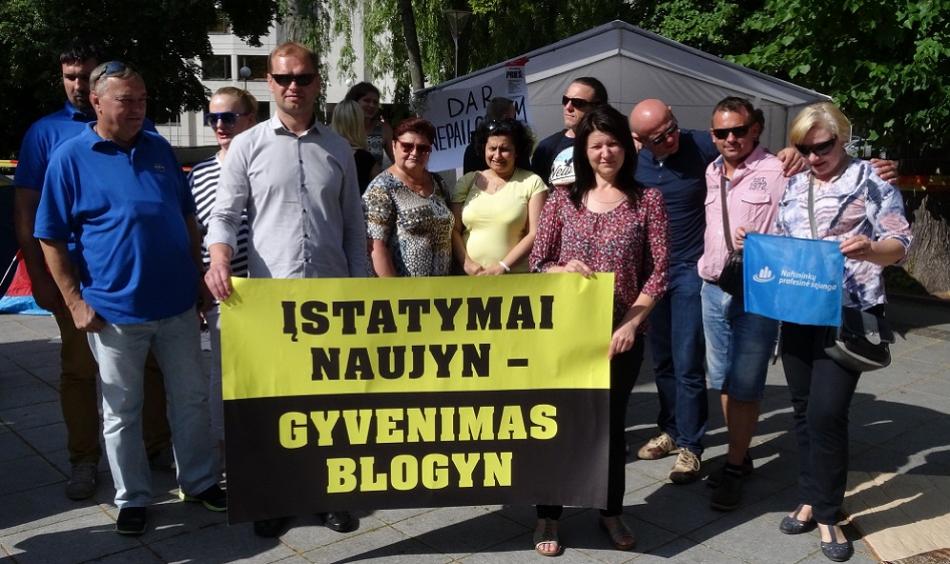 (30 June 2016) Young workers and trade unions are protesting against the changes in the Lithuanian Labour Code. The government introduced these changes to weaken the postion of trade unions. The changes also impact negatively on workers’ protection. Workers can be more easily dismissed. And it will become cheaper for employers to do so. They can be asked to work longer as limits to overtime will be relaxed.  The end result is that workers will be less protected while the employers reap the gains of more flexible work.  Youth movements and trade unions have gathered on the capital city Vilnus‘ main Kudirka Square. They stage a 24 hour protest that is gaining much support especially also from young people. They will face the prospect of more precarious jobs. The unions’ campaign is called “ No Slavery at Work”. The unions and other have asked the President of the country not to sign. The law is out of balance.

The constituency of North East Europe and EPSU have protested before against these changes that make the working life of young and older people more precarious.  We see the labour market reforms as being similar as those proposed in other countries like Hungary and Greece.  They do not contribute to finding a solution. There is further no evidence that they contribute to kind of improved economic performance claimed by the Lithuanian government. In fact, by creating much more precarious employment conditions they will undermine the economic recovery.

For the EPSU letter

(September 2016) Trade unions are moblising on 10 September in their continuing campaign against the proposed new Labour Code. The President blocked the code over the summer and EPSU has sent a message of protest to the Lithuanian government arguing that the Code will do nothing for the economy and only create more precarious working conditions, particularly for young workers. Read more at LPPFS (LT).
Sep. 08, 2016 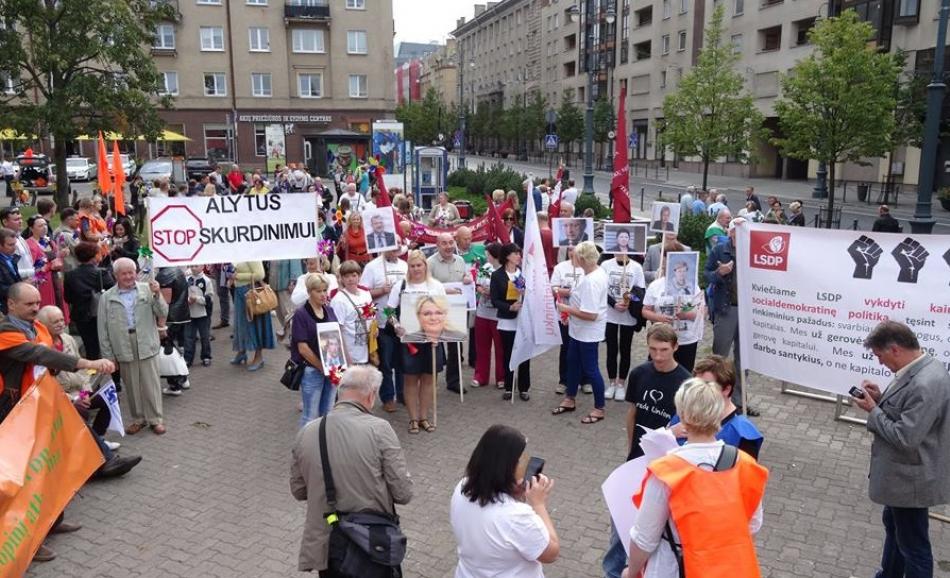 Protest action in Vilnius against the new labour code, 10 September 2016

(8 September 2016) Unions in Lithuania are continuing their campaign against the new Labour Code.
Solidarity
Sep. 10, 2015

(10 September 2015) EPSU affiliates in Lithuania will be joining other trade unions today in a major protest against proposed changes to the labour code.
Solidarity
Union Rights
All PoliciesAll Policies