(6 September 2011) The European Federation of Public Service Unions (EPSU) sends solidarity greetings to its Spanish affiliates members of UGT, CCOO and USO that are demonstrating today across Spain to protest against the Constitutional reform including the "Golden rule" in the supreme legal text of the country.

Trade unions and citizens movements have called for joint demonstrations to show their opposition to this unjust measure that will have a heavy weight on public finances and therefore in public sector workers.

The Constitutional reform as agreed by the majority of Members of Parliament and Senate but without a democratic referendum is being carried through after a letter by the European Central Bank demanding Spain carries out further reforms.
The undemocratic nature of this measure adds injury to insult as the Spanish National Assembly is in its last week of session before the early General Elections taking place on November 20.

Public sector unions, affiliated to EPSU, have unequivocally denounced these measures as well as the austerity packages passed by the Spanish Government as they pick on the wrong target:
it is public sector workers, usually low-paid, who caused the crisis, but it is them who are paying the bill.

EPSU stands shoulder to shoulder with those demonstrating today.

EPSU supports Greek workers and citizens in their action today 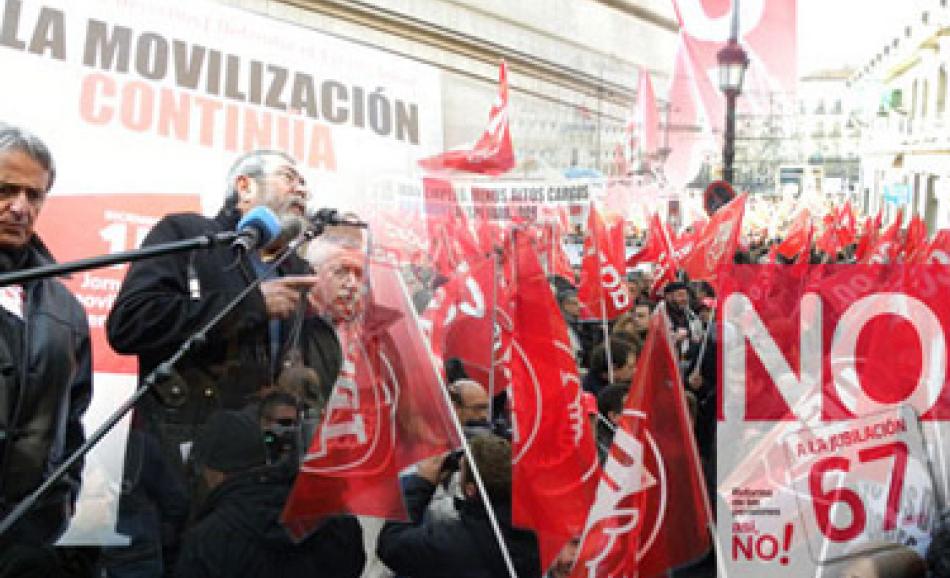