More than 300.000 men and women work in prisons in Europe. They carry out a demanding dangerous job in a context of an ever-increasing prison population. The ongoing austerity measures mean fewer resources for prison and probation services as well as educational, physical and mental health, and social infrastructures that are essential to prevent crime in the first place. The cuts put at risk the health and safety of prison staff and inmates, and ultimately society at large. Staff are under heavy workload and often fail to receive appropriate or sufficient training to cope with the changing circumstances in prison services.

The new European code of Ethics for prison staff must recognise this context and be a tool to help support staff, not rhetoric that can be perceived as additional pressure on staff.

In the past two weeks, members of EPSU affiliates have been the victims of grave incidents, including the death of a Swedish member of prison and probation services who was beaten to death by a detainee on 3 October. In France, on 4 October a prison officer was gun shot in Aix Luynes together with other workers from a private company, during a transfer of an inmate to a hospital. A Belgian prison officer was recently injured as she had been kidnapped by a detainee trying to escape. In Greece, the trade union OSYE, has called for a series of strikes. Last May an EPSU delegation visited one of the largest prisons in Greece, the Karydallos prison where the working and living conditions are appalling.

“For many years now we have warned against the crisis situation in prison services. Deep down this reflects the trend of welfare state contraction and imprisonment expansion. This is wrong and will only get worse amid the austerity measures in Europe. Prison staff cannot be expected to cope with governments’ failing public policies. We fear that the cuts in public services will lead to a rise in criminality whilst making it near impossible to provide decent conditions both to staff and inmates. It is urgent that the Council of Europe makes the link with the economic context that simply prevents staff from doing their work and the rehabilitation of inmates.” says EPSU General Secretary, Carola Fischbach-Pyttel.

EPSU calls also for other changes to the Code, notably a clearer distinction between staff and management duty. Staff must also be protected against retaliation when they denounce cases of abuse of power or mismanagement.
It is also essential that trade unions at European and national levels are involved in the design, implementation, monitoring and review of the European code of ethics.

“Staff know best what is going on prisons and how improvements can be made. As prisoners, staff are also kept behind closed doors, away from the public eye until something dramatic happens, but this is not a reason to be kept in the dark on matters that affect them. We hope that the Council of Europe will take our concerns into account and make social dialogue, trade union rights and staff training central to prison management and the proposed code of ethics” added Mrs Fischbach Pyttel. 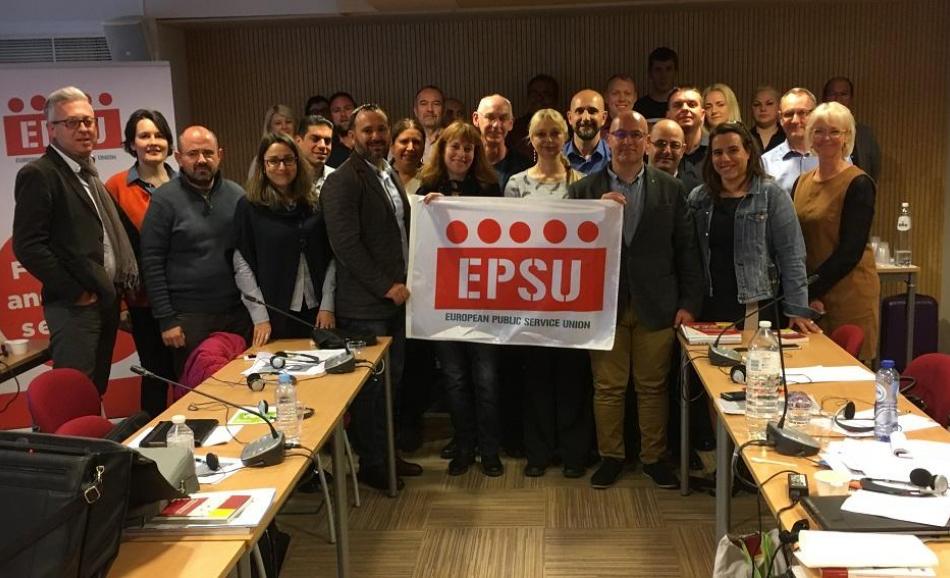