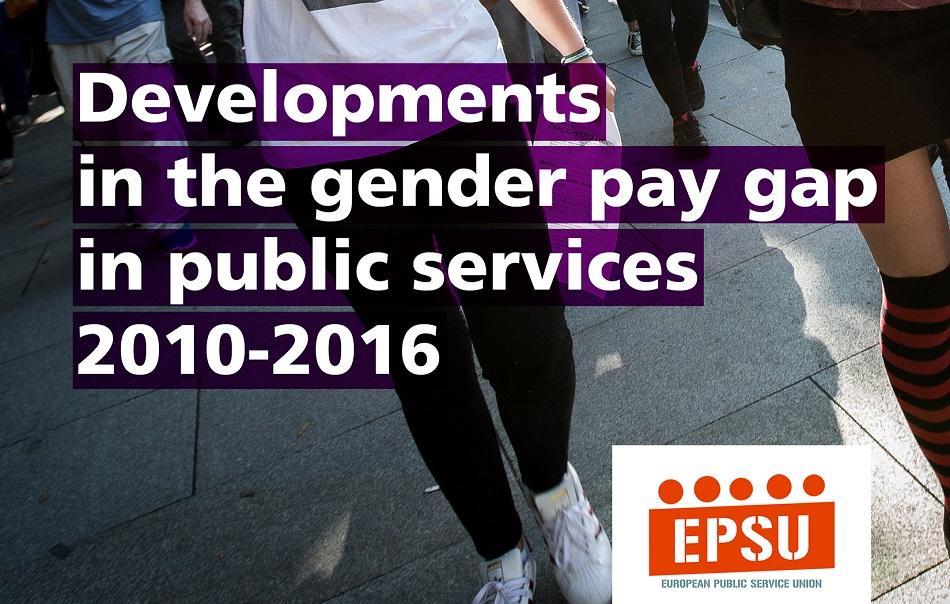 (8 March 2018) It’s 2018; it’s international Women’s Day and the latest figures show that overall gender pay gap in the EU, the difference between the hourly earning of men and women, is still  16,2 percent[1].   However, this does not reflect the true picture. In its study on gender pay inequality in the public sector, published today, EPSU shows that there are serious gaps in the data collection because the figures do not include public administration.  « This means that 15,1 million employees are excluded from the figures, as many as all the employees in Spain, » said Jan Willem Goudriaan, EPSU General Secretary.  « That is a major lack of data with serious consequences for policy-making.  The European Union must step up its efforts of data collection and include all areas of the public sector when measuring the gender pay gap, » he continued.

Public administration, defence and compulsory social security are not included in Eurostat statistics as there is no obligation on member states to collect data on earnings in these sectors.

EPSU’s study turns the spotlight on what is happening in the public sector. Where available, EPSU presents data on earnings in public administration, but also presents figures for  two other sectors, namely education and human health and social work activities. These sectors are important for getting a better understanding of the gender pay gap as they employ large number of public workers.

[1] The latest data from Eurostat, released last month, are for 2016 and for the overall economy the gender pay gap was unchanged from 2015.

The gender pay gap sums up inequalities that exist between men and women in different areas of life.
Equality
Gender pay gap
Jan. 14, 2021