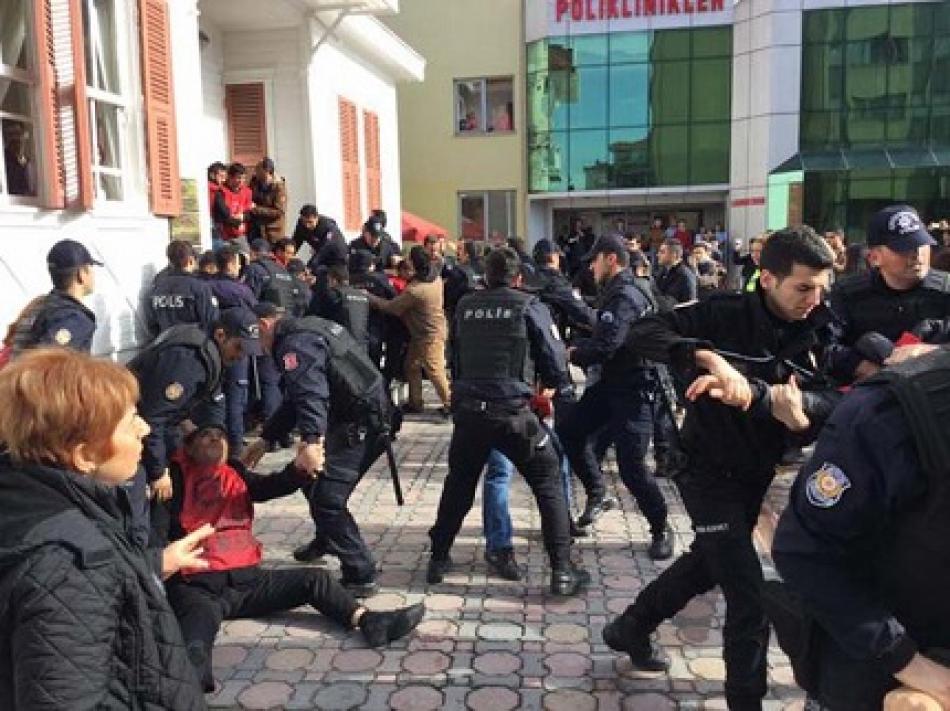 (26 February 2015) The police brutally removed protesting workers from the offices of the Maltepe University Hospital in Istanbul Wednesday 25th February. The workers are protesting the dismissal of 98 workers after these workers joined EPSU affiliate Dev Sağlık-İş - the health union of the progressive labour confederation, DISK. They demanded better pay and conditions which had been discussed for several years. The unionists were dismissed 6 December 2014. The workers have established a permanent tent camp in front of the hospital since December and demand the re-instatement of their colleagues. 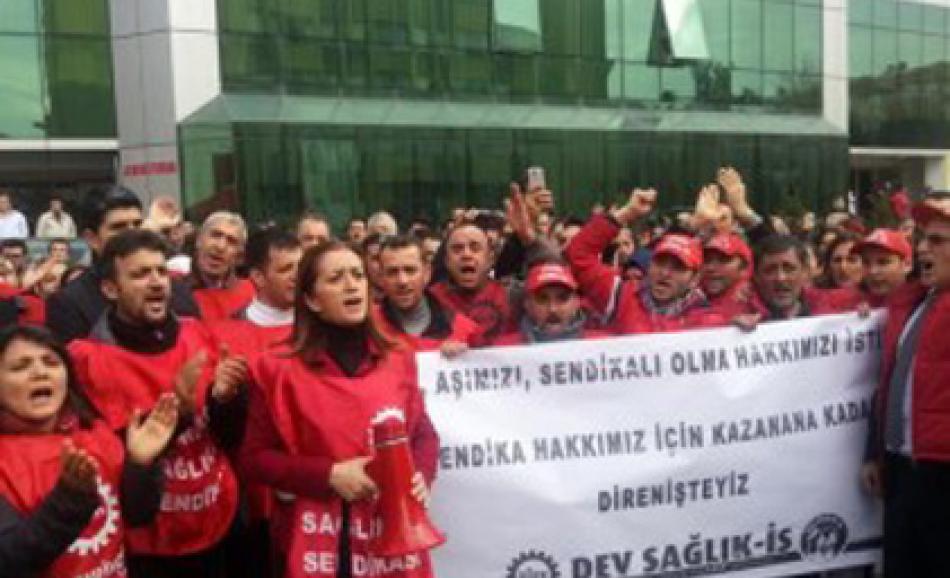 EPSU protests against dismissal of hospital workers in Hospital of Maltepe University, Istanbul

(28 May 2015) After months of struggle, the dismissed workers and their union Dev-Saglik-Is saw a judge rule that the workers need to be re-instated or the company has to pay significant compensation.
Solidarity
Union Rights
Oct. 17, 2014