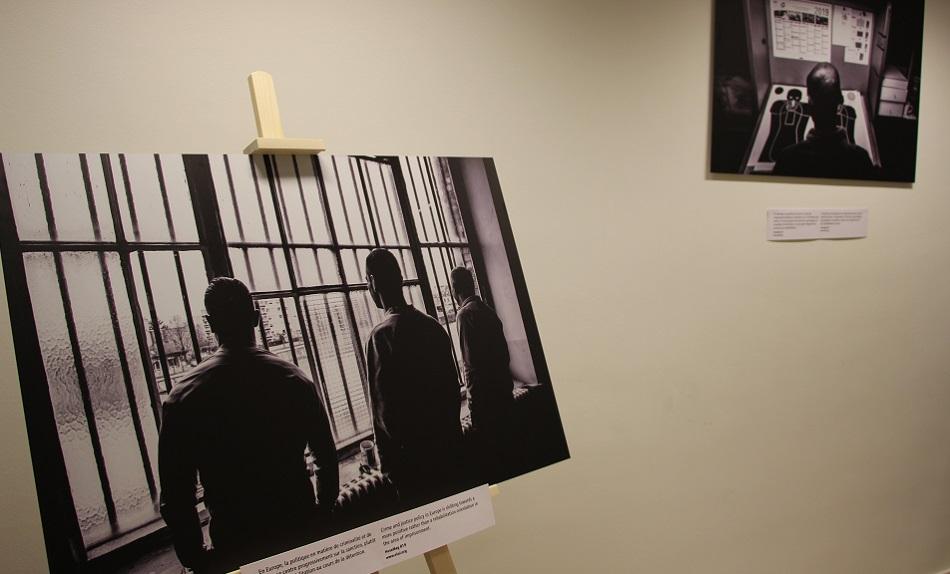 (21 February 2020) The EPSU network of unions organising prison staff met on 6 December in Brussels to discuss latest trends and challenges as well as opportunities to bring visibility in newly elected EU Parliament to working conditions in prisons and trade union alternatives for positive change.

It was attended by delegates from Bulgaria, Belgium, Italy, the Netherlands, Romania, Spain, Norway and the UK. Spanish Renew MEP Pagazaurtundúa and vice-president of LIBE Committee (the Liberties, Justice and Home Affairs) which deals with prison matters in the European Parliament,  addressed the network on the topic of violence and harassment against female prison workers in Spain.

Much of the discussion throughout the day focused on safety matters with reported increased levels of violence against staff, as well as prisoners, making the penitentiary system an unsafe, dangerous workplace. Insufficient staffing level is a key contributor to that near breaking point situation as in the UK, Belgium and Spain. While the prison network’s demand for 1:1 prison staff/inmates ratio (over 24h) seems increasingly a distant objective, it remains all the more relevant, together with more public investment in mental healthcare.

In terms of follow-ups, in the short-term, EPSU will further explore with Ms Pagazaurtundúa whether a workers’ perspective can be added to the agenda of a hearing in Parliament on detention conditions - it is now confirmed that EPSU will be invited to speak at the hearing on 15 or 16 April 2020.

In the longer term, EPSU will seek to organise a next meting, possibly on 1 October 2020 (TBC), with a focus on an EPSU strategy on health and safety in prisons.

Other EPSU-led projects in the pipeline for 2021-2022 will be relevant to the prison network: a multisectoral social dialogue project on prevention of third-party violence, in cooperation with hospitals, central, local and regional government; and a trade union project on the exclusion of public sector workers from trade union rights and EU directives in cooperation with EuroCop and Euromil. The network will be kept posted in due course.

To note, affiliates from Romania and Spain are planning meetings in 2020 to which members of the network will be invited.

For the full report of the meeting in English (also available in FR, ES, IT )

Invitation EPSU Prison Services Network Meeting 25-26 September 2013 Hotel International Bucuresti, Bucharest, Romania Dear Colleagues, We are pleased to invite you to the next meeting of the EPSU prison
Dec. 12, 2019