The document was elaborated based on a mandate agreed by EPSU and HOSPEEM in December 2011 in the framework of negotiations of a "Drafting Group" between January 2012 and September 2012.

The document was endorsed by the HOSPEEM Executive Committee and by the EPSU Standing Committee "Health and Social Services" on 15 October 2013 (15 votes in favour; 5 abstentions; no vote against).

HOSPEEM and EPSU will undertake a review of progress made by their members and consider whether there are any changes that need to be made in order to update the document two years after adoption. By the end of the fourth year after adoption of this document, a report will be issued on the overall implementation of these Guidelines. In this period, social partners in the hospital sector will report at least once a year back to the Social Dialogue Committee about the progress made.

The document is available in EN, FR and DE.

EPSU in May 2012 adopted a position paper to underpin EPSU's demands and positions in the context of the social partners' negotiations. 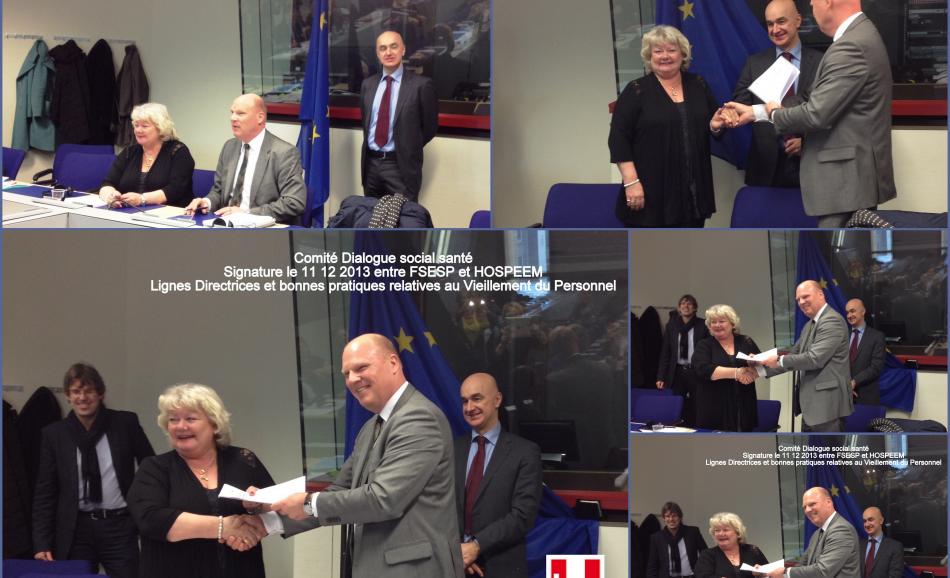 (4 March 2011) The health care sector is characterised by an above average speed of ageing. E.g.
Health and Safety
Social Dialogue
All PoliciesAll Policies