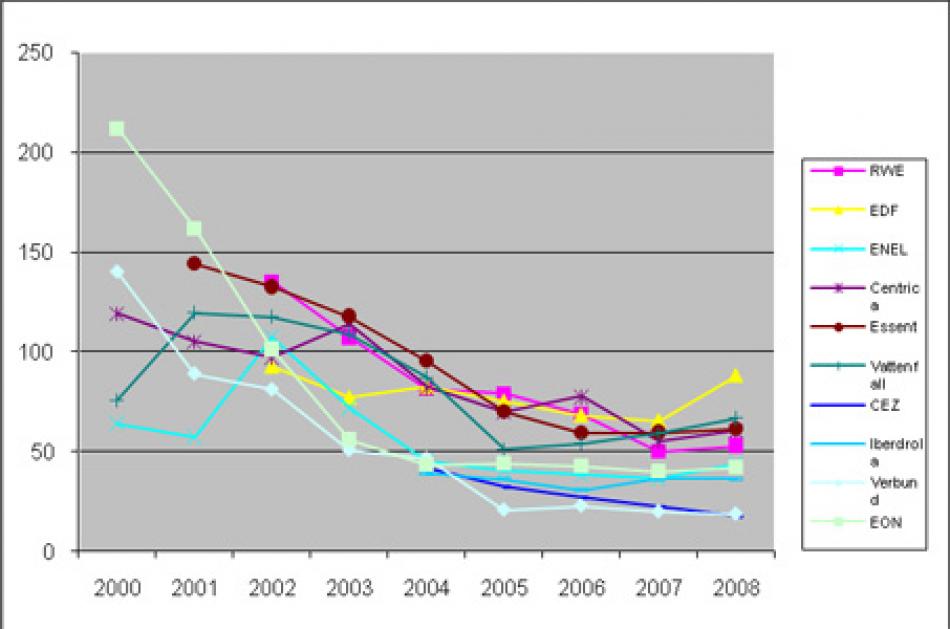 Wages, profits and dividends in the energy sector –
an analysis of recent trends in European energy multinationals

(updated 7 October 2009)
The financial crisis has put the issue of wage moderation at the centre of political and economic debate. Many governments and employers, supported by international institutions such as the European Central Bank (ECB) and International Monetary Fund (IMF), argue that wage increases have to be held back or wages frozen or even reduced as part of the response to the crisis. The recession is being used as a reason to restrain wage increases even in sectors, such as energy, where the impact of the downturn has yet to have a significant impact on profits.

This focus on wage moderation would not only reinforce a trend that was apparent even before the crisis took hold but would also, on the basis of past evidence, fail to deliver any positive outcome in terms of employment. As the ETUC says(i) : “Eurostat certifies that during the period 2002-2007, salaries accounted for a dwindling share of European GDP (a reduction in the shares of salaries across the EU27 of 4.18% and 6.36% in the Eurozone countries).”

EPSU has published a series of briefings that uncover the failings of the austerity policies that have been imposed across Europe over the last five years.
Economic Policy
Jun. 03, 2009

The Public Utilities section of our congress will focus on:
All PoliciesAll Policies