Sonja Marko, Ver.di migration officer, said that Germany is the third largest migrant receiving country worldwide, after the US and Russia. In January 2011, restrictions on free movement of labour on workers from the 8 Eastern European member states who joined the EU in 2004 will be lifted (restrictions remain for Romania and Bulgaria).

Against this backdrop, Ver.di seeks to provide a platform for migrants and to strengthen its organising efforts of both documented and undocumented migrants, many of whom are women who work under precarious conditions in domestic, care and cleaning sectors. This has contributed to the increase of membership.

Verdi’s campaign for a national minimum wage and stronger EU social minimum standards under the guiding principle of equal treatment are essential to combat wage dumping and labour exploitation and develop the EU social model.

Participants discussed the EPSU Congress 2009 resolution on migration and the findings of the survey that looked at trade union action on migration through their campaigns, collective bargaining and recruitment strategies. The survey also reports on specific problems faced by public workers dealing with newcomers including the negative impact of unfair, complex and constantly changing rules on economic migration as well as lack of resources to ensure fair treatment and support of newcomers.

A number of demands were raised by delegates, including:

- Mainstreaming migration in all trade union work at national, European and International levels, i.e. policy, recruiting, collective bargaining. Trade unions are essential to the social and economic participation of migrants in society, which is all the more important against the background of the economic crisis;
- Exchanging good practices across Europe, building upon EPSU and ETUC’s work;
- Improving migrants’ representativity amongst trade union officials, for which there is little data available across Europe. Ver.di counts 2% of trade union officials with a migrant background;
- Reviewing trade union structures and ways of organizing that can be too rigid and hierarchical to reach out to and represent precarious workers (young, migrants, women); cooperating with communities, women’s networks and NGOs is helpful to organising illegalized workers;
- Cross-border trade union cooperation, through information sharing on trade union and labour rights both in migrant sending and receiving countries, recognition of trade union memberships and EU funded project;
- Specific difficulties in relation to non-EU posted workers;
- Support for ratification of the UN Convention on migrants

These issues will be further discussed at an ETUC conference on 27-28 September, Brussels (Workplace project), and at a conference organised by EPSU’s Mediterranean constituency on 21-22 October in Malaga, please click here.

- The presentation in German of the above mentioned survey, courtesy of Lionel Fulton, Labour Research Department:

Unions in national, regional and local government facing the challenges of migration: a survey of EPSU affiliates 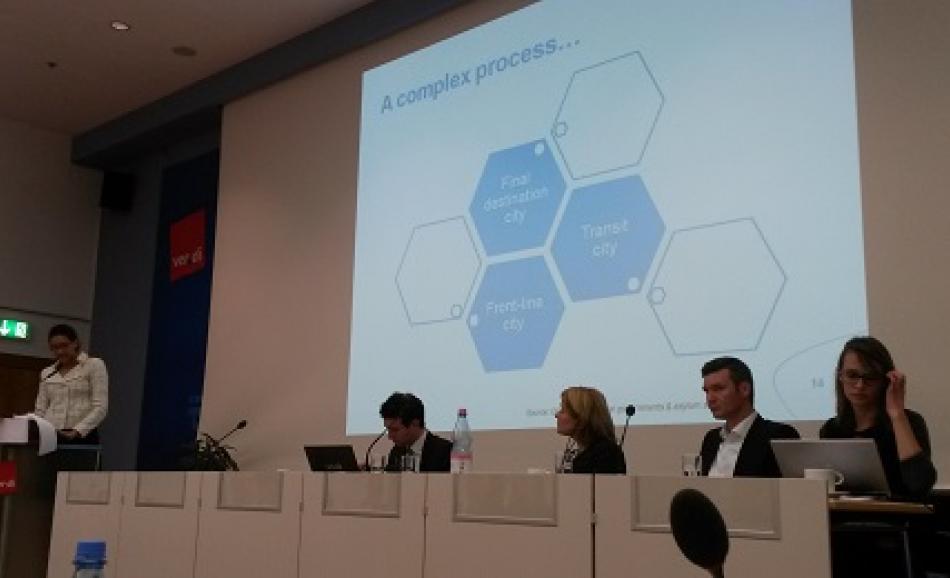 - [Follow-up-&gt;art6215] Invitation to ETUI Education course 3 – 4 November 2009 - Athens The Education Department of the European Trade Union Institute will organise a joint course with the
Migration