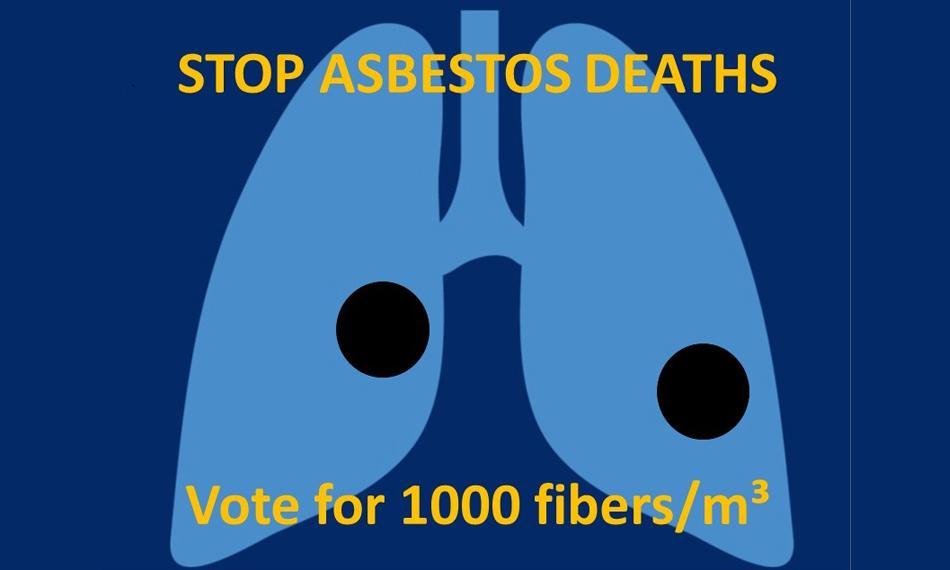 On Monday morning the EMPL Committee of the European Parliament has voted to limit the Occupational Exposure Limit (OEL) which determines the number of asbestos fibres per m3 air allowed in workplaces without dedicated protection measures. The current EU minimum standard is set at 100.000 f/m3 (0.1 f/cm3). Scientific and medical experts agree: This OEL is by far outdated. With the vote yesterday, the European Parliament voted to lower that limit to 1000 fibres/m3 (0,001 fibres/cm3).

This is only the first step, this vote needs to be confirmed in plenary by the EP and remains, for now, a political indication. The European Commission will, indeed, publish a proposal for a revision of the current legislation in 2022. Only a week ago the EU Commission wrote to the Rapporteur in the EP suggesting to take out the reference of 1000 fibres/m3 and the EPP and ECR groups of the EU Parliament tabled amendments to delete this reference.

Under pressure from Unions, who joined a unified front, the Employment Committee voted in favour of a limit value of 1000 fibres/m3.

The IMPACT public services trade union reports that negotiations have resulted in limits to annual leave but unions have managed to protect the entitlement of public sector workers. Local authority employers had drawn up plans to make drastic cuts in leave but the latest proposal means that workers with between 23 and 32 days’ leave should be protected. New entrants will have a 30-day maximum. It will be mainly senior staff who are affected with some seeing entitlement of 40 days cut back to 32. [Read more at > IMPACT (EN)->http://www.impact.ie/iopen24/public-service-leave-capped-days-n-443

EP report on the future of SSGI voted in EMPL Committee