(16 June 2016) Digitalisation is often held up as a panacea for the multiple challenges facing public services, yet workers know all too well that it can often be a cover for cuts and job losses.

Trade unionists from all over Europe, from the UK to Turkey, came together in Vienna this week (13 June 2016) to discuss some of these challenges and develop EPSU’s vision for how digitalisation can deliver high-quality public services and employment.

The seminar was jointly organised by EPSU and our Austrian affiliate, Younion. A broad range of topics were covered in discussions that made clear the extent to which new technologies are changing services. The event built on the EPSU Position Paper ‘Smart Public Services for a Digital Age’ which was endorsed by the Executive Committee in April.

The meeting began with a panel on the broad implications of digitalisation for tax, social security, employment and service provision. Anke Mönnig from GWS, a private German research institute, outlined their work on the employment implications of digitalisation in Germany. Daniela Zimmer from the Austrian Chamber of Labour introduced the issues of big data and data protection, how it impacts workers and consumers.

These perspectives were complemented by Anna Mochová, President of the Czech Culture Workers’ Union, who gave a trade union experience of digitalisation in libraries and museums.

The topics of data protection as well as new forms of ‘platform’ employment and the role of social dialogue were developed by Josef Weidenholzer, Austrian MEP for the S&D group. The new EU data protection regulation does give sufficient protection to workers, he said, and more action is needed at EU level. He invited a further dialogue between the S&D group and trade unions about how to achieve better data protection at work in Europe.

The afternoon was dedicated to panels that went further into digitalisation’s impact on distinct sectors of public services. Thomas Lynge Madsen, from the Danish central government union HK Stat, presented the ‘good, the bad and the ugly’ of digitisation in the Danish tax administration, whilst Klemens Himpele from the City of Vienna, set out how this municipality is responding to the challenges posed by the likes of AirBnB and Uber.

Two contrasting examples of digitalisation in health systems were presented by Josef Hilbert of Institut für Arbeit und Technik and Francisco José Sánchez Laguna of the Andalusian Health Service. Electronic Health Records, telemedicine, mobile applications and data protection were debated. A key point was how well trade unions are responding to these developments and if new technologies are being implemented in consultation with, and with participation of, workers’ organisations.

All of the presentations and documents related to the seminar are available on the event page. Any contributions, examples or documents that could aid EPSU’s ongoing discussion on digitalisation are extremely welcome and can be emailed to orrp@epsu.org.

Optimists hail digitalisation as a cure to all the perceived evils of cumbersome and old-fashioned public services. But is it so simple?
Digitalisation
Jun. 07, 2018
2018 June epsucob@NEWS 12

While digitalisation has helped with time management in home care services and with removing routine tasks for public employment service workers, the evidence so far points to many more negative impacts in terms of psycho-social risks, physical wellbeing and increased management monitoring. These are initial findings from research being carried out for EPSU by the OSE research organisation and presented to EPSU's Quality Employment conference by Ramon Peña-Casas. The focus of the research is on the impact of digitalisation on job content, looking at work organisation, workloads and a range of 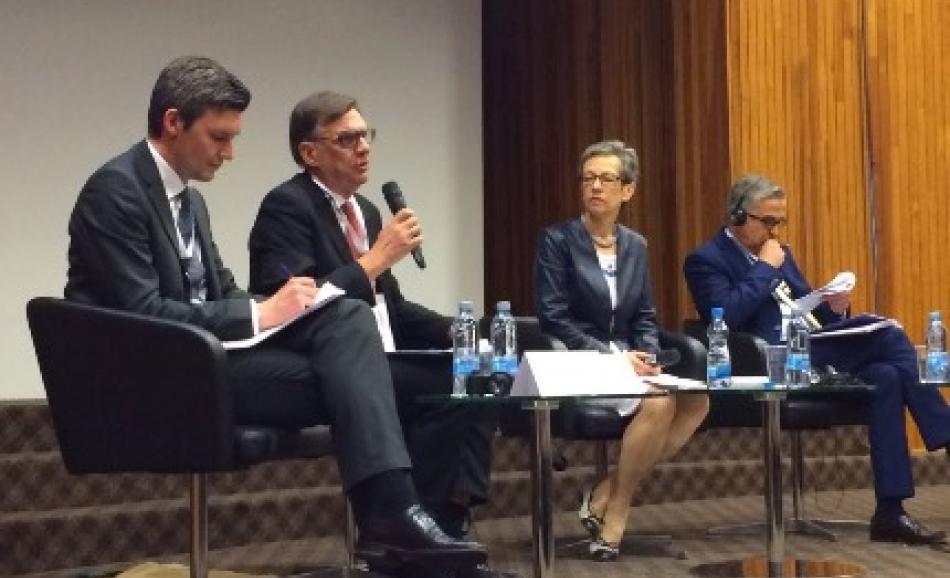