First, Jane Lethbridge, Director of the Public Services International Research Unit at the University of Greenwich, presented her research paper ‘Public Services, Democracy and Digitalisation’ into digitalisation in local and regional government in Europe. She focussed on the impact on the workforce in terms of information and consultation and occupational health and safety. The research demonstrates the need for workers to be an integral part of the planning and implementation of new technologies if digitalisation is to lead to better services for citizens. Dr Lethbridge also highlighted the problems posed by the introduction of mandatory digital interaction between citizens and services, often leading to exclusion of the most vulnerable.

This was a point later taken up by Andrea Halmos of DG Connect at the European Commission, who set out the Commission’s recently published eGovernment Action Plan 2016-2020. The overarching objective is to encourage public administrations to become more ’open, flexible and collaborative.’ For the Commission, ‘digital by default’, where citizens and public authorities interact with one and other digitally unless opting otherwise, is central to eGovernment. However, Ms Halmos emphasised that the Commission explicitly calls for non-digital alternatives to be provided for those who cannot or do not want to access digital ones.

Peter Raben, vice president of Danish central government union HK Stat, talked about some of the problems encountered when rolling out these digital services. He focussed on the example of the digitalisation of the tax authority in Denmark where a new IT system for tax collection, costing €90 million, was so poor that it had to be scrapped, to the tune of a further €60 million. Meanwhile jobs were lost and the amount of unpaid tax owed to the Danish state skyrocketed.

As an alternative to cuts-led digitalisation, HK stat has elaborated ten good principles for the digitalisation of public administrations, which aims to put the citizen at the centre of the process based on access, equality and a holistic approach to each case.

A concrete example of eGovernment at municipal level was presented by Peter Wieser, Deputy Head of the Department for Economic Affairs, Labour and Statistics at the City of Vienna. Vienna has already begun to open up its data, now accessible to anyone in a machine-readable format as a strategy to improve communication with citizens and to foster innovation. Ms Halmos also highlighted that the Commission is supporting this opening up of public data across Europe.

Although such data should not include personal information, there are concerns about ‘back-door privatisation’ by allowing private companies to provide services base on publicly collected and held data, as voiced by EPSU General Secretary, Jan Willem Goudriaan. There are also fears about the possibility of combining open data from various sources to potentially de-anonymise personal details. However, clear advantages, not least in providing more transparency to improve democratic decision making and accountability, exist. Vienna has used digitalisation as a tool to increase citizen engagement. This does not only mean providing municipal services online, but extending democracy through online tools, including the creation of an online platform where citizens can contribute to municipal decision making.

Mr Wieser, also highlighted the challenges of enforcing tax and labour regulation when faced with the rapid expansion of the ‘collaborative economy’ in the form of platforms like Uber and AirBnB. He cited the example of Amsterdam where the city authorities are now provided data by  the rental site in order to ensure that providers are paying the relevant city taxes. The City of Vienna is now attempting to do the same.

Solutions to the challenges posed by digitalisation are possible, but worker involvement and democratic accountability is key if it is to lead to improved services and access.

While digitalisation has helped with time management in home care services and with removing routine tasks for public employment service workers, the evidence so far points to many more negative impacts in terms of psycho-social risks, physical wellbeing and increased management monitoring. These are initial findings from research being carried out for EPSU by the OSE research organisation and presented to EPSU's Quality Employment conference by Ramon Peña-Casas. The focus of the research is on the impact of digitalisation on job content, looking at work organisation, workloads and a range of 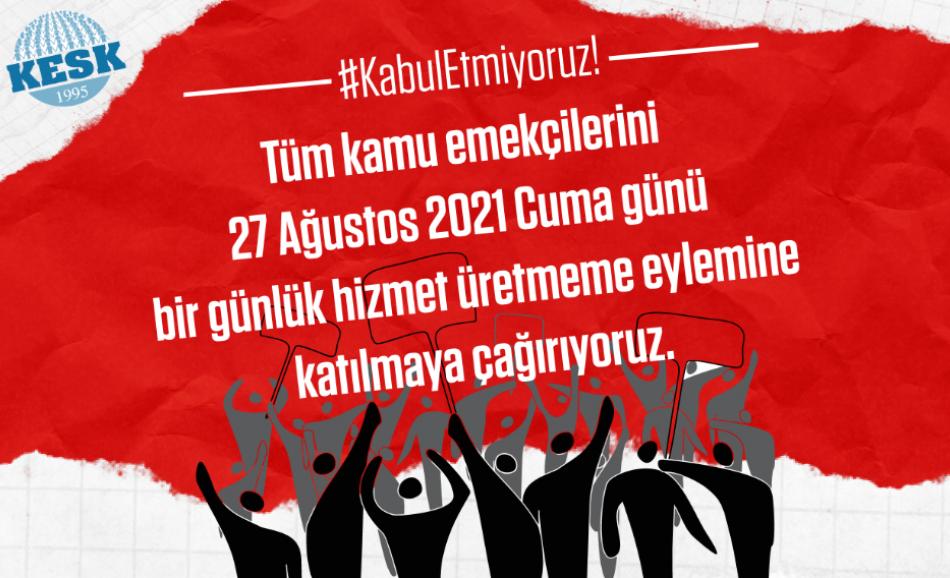 The Turkish Public Services Confederation KESK and its affiliates are on strike 27 August. EPSU supports the strike and the demands of the unions for decent wages and fair working conditions.
Collective Bargaining
Solidarity
Jun. 16, 2016

(16 June 2016) Digitalisation is often held up as a panacea for the multiple challenges facing public services, yet workers know all too well that it can often be a
Digitalisation