Deaths of workers in Waste Management Sector in one week: Lack of compliance in Health and Safety 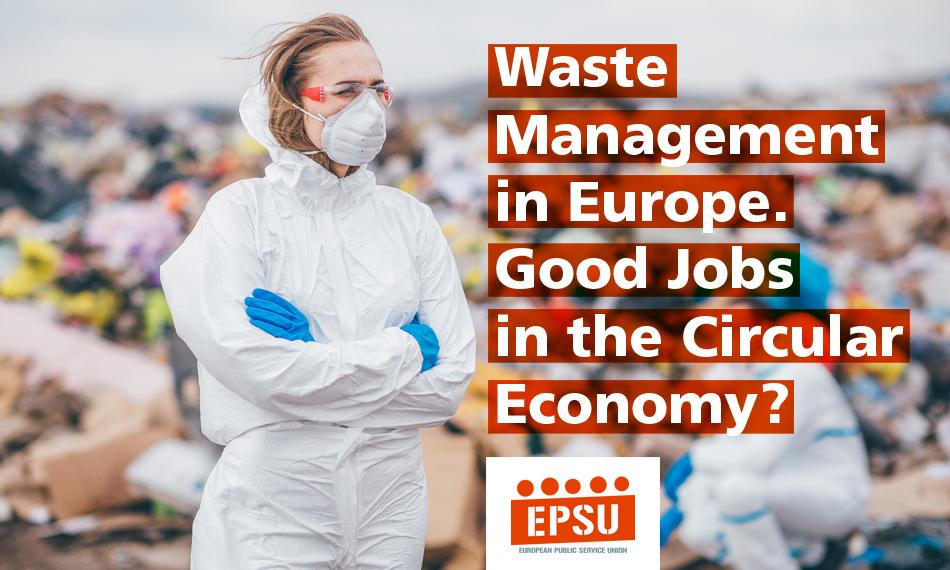 (26 February 2020) EPSU statement - In the week beginning 17th February, there were three workers deaths in the waste management sector in Europe. In Portugal, a sanitation worker in the collection of solid waste for the municipality of Montalvo passed away following an accident at work. In Spain, two workers were crushed by a landslide at the Zaldibar landfill in the Basque region. In response to all three of these tragic and preventable deaths, both the states and the employers have refused to accept responsibility for their failings.

In Spain, Verter Recycling had been uncooperative with inspectors and had received low grades from the Environmental Ministry for enforcing the health and safety standards. Furthermore, the Deputy Minister of Environment in the Basque government, Elena Moreno, sent an email to staff to “be silent” on the issues surrounding the Zaldibar landfill, which was denounced by the ELA union. In Portugal,  STAL union had previously denounced the failure of the government inspection agent (ACT) to monitor companies’ compliance with safety standards.

These deplorable events show that the health and safety of workers in the waste management sector continues to be ignored by governments, employers and international organisations. Both the World Health Organization and the European Commission have failed to recognise this issue in recent reports. EPSU condemns the ignorance of governments and international organisations towards the health and safety of waste management workers.

EPSU calls on the European Commission and the members of the European Parliament to tackle the issues of health and safety, training and respect for collective bargaining in the upcoming Circular Economy package. The risk of an accident at work is 2.5 times higher in the waste management sector compared to the average of all other sectors. As the leading European organisation of waste workers, E EPSU expresses its support and solidarity to the colleagues and families of those who passed away.

More information can be found in this report.

The tragic death of 54-year-old Michele Lorusso, an employee of a private waste contractor near Bari in southern Italy, has prompted calls for urgent action on safety in the sector. The incident happened when Michele was on his own and attempting to fix a waste truck that had broken down. The FP-CGIL trade union says that this is just the latest in a long line of incidents with the sector registering a rise in accidents and occupational diseases in recent years. The union wants to see health and safety in the industry now given the highest priority.

Following several discussions a number of checklists were produced for workers in the waste sector. These contain a list of questions which might be worthwhile for waste workers to ask
Waste
Aug. 17, 2018
2018 August epsucob@NEWS 16