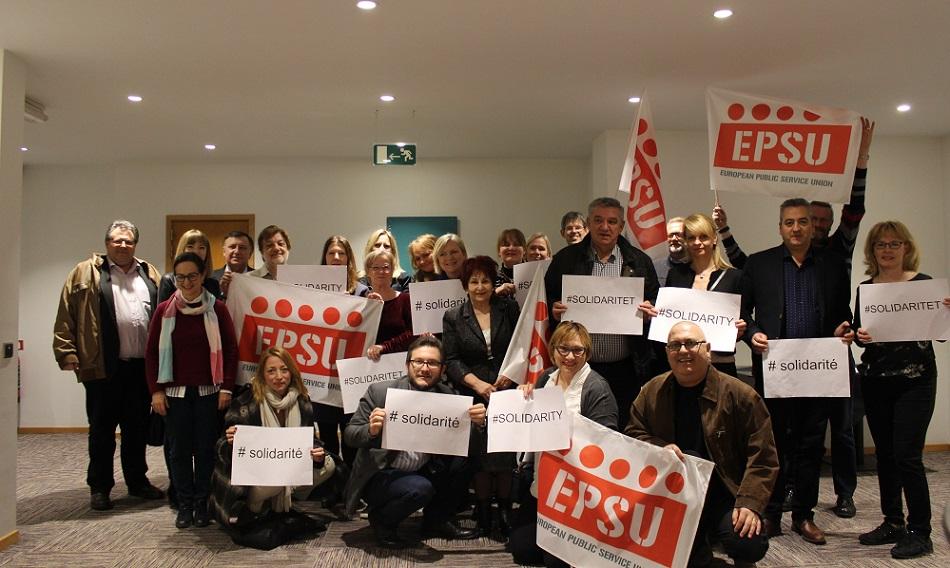 (14 March 2018) Last week public sector employers in Denmark stunned trade unions with the threat of a massive lockout of public sector workers. With the negotiations over a new collective agreement stalled, trade unions had issued notice of possible strike action at the beginning of April. This was to be targeted action involving around 10% of the public sector workforce. The employers immediately raised the stakes by saying they would impose a lockout of 90% of state workers and half of all municipal employees.

Reacting to the lockout threat, Dennis Kristensen, chair of the FOA public services union said: "It is a completely unnecessary and harmful aggravation of the conflict. They do not come up with solutions, only with the threat of throwing Denmark into chaos.”

Grete Christensen, chair of the Danish Nurses´ Organization commented: “Trust is crucial for the cohesion in Denmark. And today we see a breach of trust that is likely to affect industrial relations for many years. As negotiators, we have never wanted a conflict, but to reach negotiated solutions and that remains our goal."

The trade unions are not just concerned about the tough stance being taken by the employers in these negotiations but suspect that it is a tactic to bring the government into the dispute and thereby undermine the Danish system of collective bargaining.

"As a citizen in Denmark, I'm disappointed to be part of a democracy that behaves like that. Who is it that gambles with the welfare society?” was the comment from Rita Bundgaard, head of the HK/Stat union representing state workers. She added: "I still hope that we will find a negotiated solution through mediation.”

Bodil Otto, chair of the HK/Kommunal municipal workers’ unions said: "Public servants deserve recognition for their hard work and improvements to their pay and conditions, not humiliation and deterioration. I urge employers to consider the kind of signal they send to their employees by pursuing such aggressive policies.”

Trade unions are now mobilising for action and are planning a major rally on 22nd March. They intend to bring together over 10000 trade union representatives and shop stewards for what would be the biggest mass meeting ever held in Denmark. The goal of the meeting is to plan the events and activities necessary to put pressure on the government and get the negotiations back on track.

The public sector trade unions began the negotiations united around a set of common demands, including salary increases targeted at low-paid workers and, in particular, women as well as changes to working hours for specific occupational groups.

After 10 years of financial crises and wage restraint, the trade unions regarded their call for a real wage increase as entirely legitimate and corresponding to wage developments in the private sector. The public employers responded with a lack of willingness to enter any form of committed negotiations. Mediation is underway and no industrial action or lockout will take place until the end of the formal mediation process.

The trade unions are calling for solidarity nationally and internationally. They want the trade union movement to be aware of the situation in Denmark and to inform their members and media of the vital importance of the labour dispute occurring in the country.

Messages of support for the meeting on the 22nd March, including 30-second video messages, would be very welcome and should be sent to: foa@foa.dk

EPSU and PSI have 10 affiliates who are involved in the dispute:

Together we make the difference: Danish FOA’s Congress stands up for workers, public services and people

The Danish welfare state is under pressure. Outsourcing and privatization of municipal services do not give better quality.
Social Services
Sep. 16, 2011

Union organisations warn of threats to collective bargaining and pay

(16 September 2011) Representatives of both EPSU and the ETUC took part in yesterday’s conference on wage trends in Europe organized by DG Employment. There were wide-ranging discussions around wage-setting
Collective Bargaining
Feb. 17, 2015

(17 February 2015) Unions across the world are standing up for the #right2strike 18 February. This right is under attack by the employers in the ILO. The employers are supported