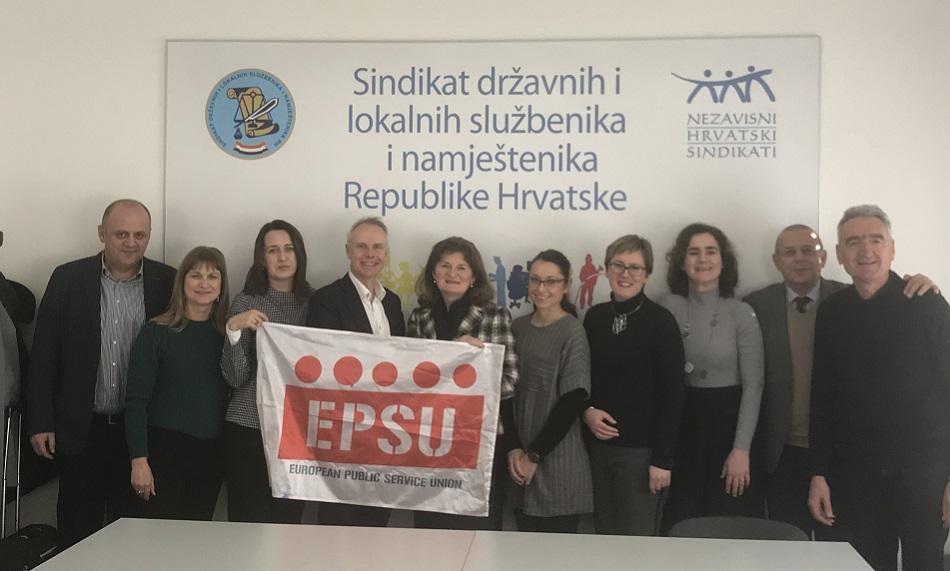 (16 January 2020) EPSU’s Croatian affiliates have a clear message for the European Commission and their government, now chairing the Council of Ministers. Workers need higher wages. Croatian wages are too low to stem the wave of migration. Many sectors like health and care, are faced with staff shortages. The Croatian statutory minimum wage should be raised to 60% of the median wage. And most important of all, the government needs to foster a climate of collective bargaining. Public funding should not go to companies that dodge their taxes or which do not have collective agreements. More concrete actions are expected from the European Commission to promote collective bargaining.  The Croatian public service unions were discussing the European Commission consultation document on minimum wages with the EPSU General Secretary. It falls short of the expectations of workers who do not see the benefits of EU Membership as wages are kept low by employers who attract low wage labour from other countries and who do not share the rise in productivity and profits with workers. Despite the rhetoric of the government to support social dialogue, in practice there are many difficulties.

The EPSU General Secretary met the unions to discuss the priorities of the Croatian Presidency of the Council of Ministers and how the unions could work together to promote the trade union agenda. We discussed funding for public services, public investment in health, infrastructure and other public services, the Green Deal and Just transition, gender equality and strengthening the voice of unions through organizing and recruitment. Workers are faced with privatization and outsourcing and some public authorities want to rely on public private partnerships. Examples of the campaigning against these proposals were exchanged. The unions celebrated the success of the petition on blocking the government proposals to raise the pension age to 67 as all unions in Croatia worked together. The Croatian unions will support the work of EPSU to influence the Council.

The unions used the opportunity of expressing their solidarity with the Ukrainian workers and their unions. They are fighting with the government that has introduced reforms of the Labour code that will take away protections for workers, and which will weaken the trade unions. Solidarity is important to build a truly combative union movement to face up to the pressures of corporations and their government supporters.

For information on the European Commission consultation on minimum wages

For more information on collective bargaining see the EPSU newletter

EPSU has sent a message of support to the campaign by Croatian unions to reverse recent changes to retirement and pension rules.
Pensions/retirement
May. 14, 2019

The three main Croatian trade union confederations are celebrating their success in getting 600,000 citizens to sign a petition calling for a referendum on pensions and retirement.
Pensions/retirement
Oct. 19, 2018 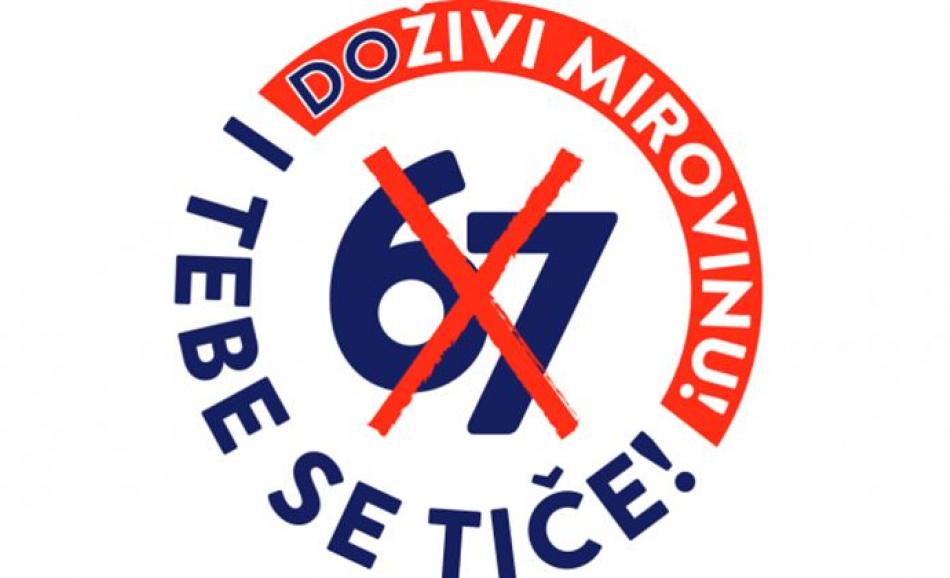 The Croatian trade unions are organising a national demonstration against the proposals of the government to reform the pensions, 20 October 2018.
Pensions/retirement
Solidarity