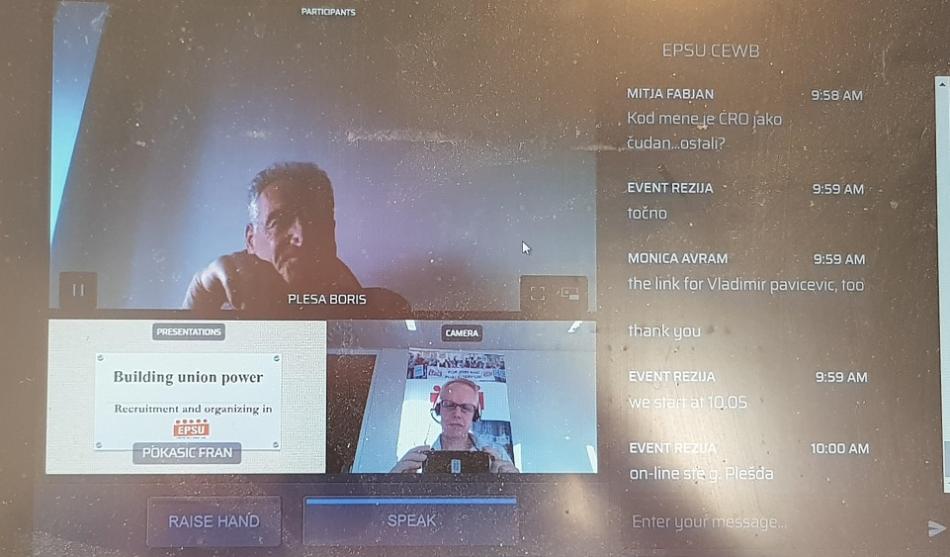 (5 November 2020) Like in other constituencies unions were reporting on the impact of the Corona-virus pandemic on their countries. Infections are spiking and hospitals are under severe strain. Stories from Czechia were particularly chilling as the pandemic reached new heights and the country was going in lock down. Our Hungarian affiliates reported how the government had given the unions in health care just 4 hours (four hours) to respond to changes in the legislation that would remove the status of public worker from health workers and then rushed it in Parliament. Culture workers lost their status at the beginning of the pandemic. They have not only very low wages but also no longer job protection. Across the region unions were trying to negotiate increases in pay like in Croatia were negotiations have started for all in the public sector. For several countries unions reported that the public systems worked better than privatized companies. But they mentioned that private sector interests are attacking the public service workers with the Macedonian government even going so far as to seek wage cuts to the bare minimum for civil servants. Union action prevented this. The Serbian union of military staff spoke about the cases of union repression despite the right to have a union. EPSU and the unions spoke with Slovenian MEP Fajon. She leads the European Parliament delegation with Serbia.

The EPSU General Secretary referred to the different constituency meetings and the similar message emerging. We are demanding a reset of our economic model such that the interests of workers and our communities come first. He called on all to join the action week for health and care workers on 29 October, which coincides with the global action day of the ITUC. A comprehensive approach to guide our work during and following the pandemic will be discussed in the EPSU Executive Committee in November.

The meeting discussed with Milos Vlaisavljevic and Agnieszka Ghinararu responsible in EPSU for assisting unions on organizing and recruitment. Materials, guides and tools are now available. EPSU is offering a broad range  of support: Coaching, training, using a broad range of experiences from across unions in Europe and beyond.  Practical experience is available for developing and running campaigns. Training can be organized with unions in the same sector to share experiences, between countries or around specific themes. Important is that unions set targets so progress can evaluated. A seminar on youth and organizing was attracting a lot of interest from across the region with over 80 unionists registered.

For the EPSU Collective Bargaining Newsletter

Meeting documents (for members only) 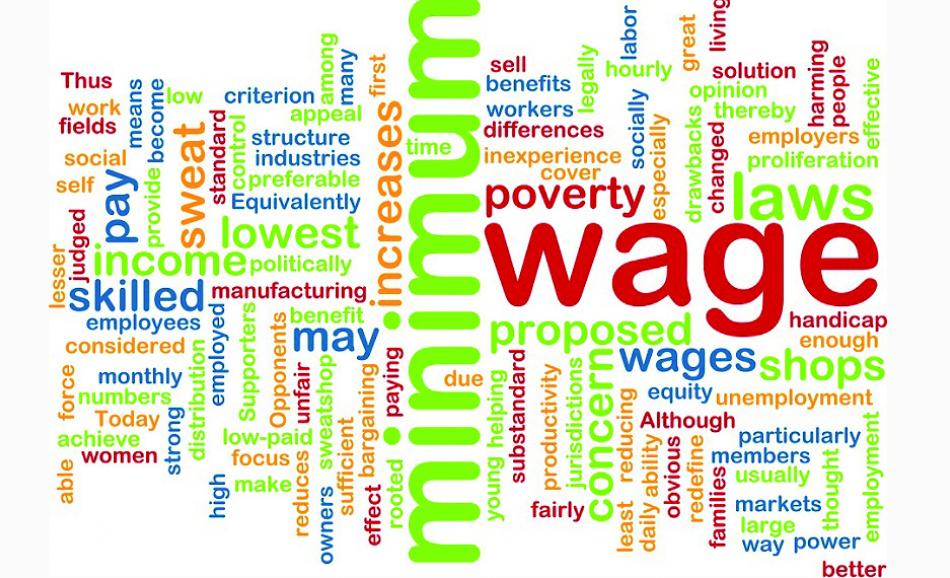 Fair Minimum Wage on the agenda of the ETUC Executive Committee