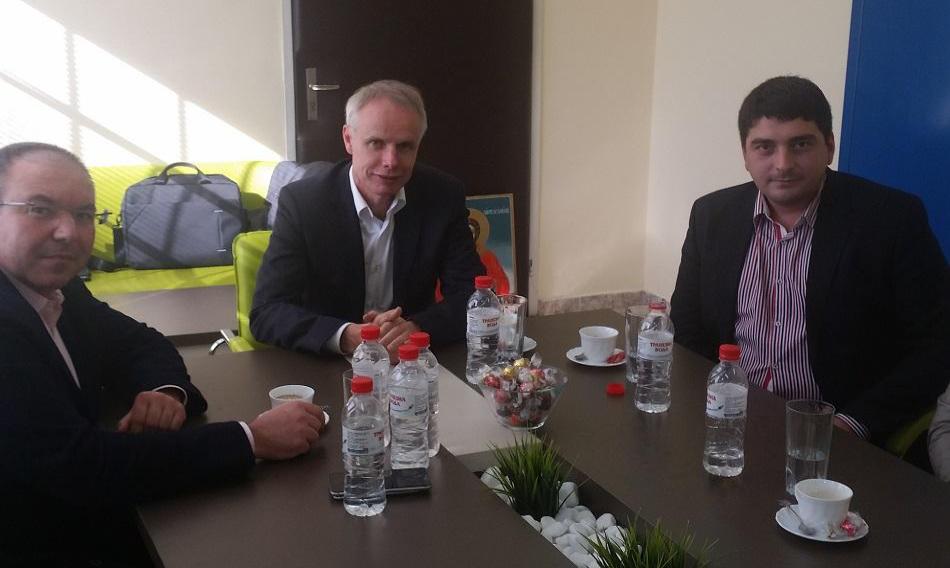 (17 October 2016) “We are concerned about the impact of the trade agreement between the EU and Canada on public services”, said representatives of the Bulgarian public service unions affiliated to EPSU. The union leaders were meeting with the EPSU General Secretary to discuss the priorities of EPSU work and to look forward to future work. The unions were planning joint action with other social movements in the weekend of 15 and 16 October. This to show the Bulgarian government that the resistance to the agreement is high. It is not only in the streets of Berlin or Brussels that workers are angry that governments agree rights and opportunities for multinational companies but do not improve workers’ rights. Also in many Central and Eastern European countries people have expressed concerns about the impact of the agreement on democracy like in Budapest, Bratislava, Warsaw and now Sofia. Other issues discussed concerned the EPSU work on organising and recruitment, the push for more funding for public services and the situation of refugees.

The EPSU General Secretary spoke subsequently at the Congress of the Health workers union (FSZ). He thanked the union for its support to EPSU and PSI work and for the active participation of the president Ivan Kokalov and vice-president Slava Zlatanova. He stressed the importance of social dialogue and negotiations and asked the Bulgarian employers to become active in the European hospital social dialogue. The EPSU representative visited the largest public hospital in Sofia, the Aleksandrovska University Hospital.  Together with the president of the local union he addressed the many issues on the European agenda of the social dialogue like health and safety and stress, digitalization, staffing and funding. They also spoke about the implementation of the collective agreement and how important it is to attract new workers.

The union and the colleagues of the health workers of Podkrepa have just concluded a new collective agreement with the employers and the government. After years of stagnation it foresees large pay increases for young doctors, nurses and other staff. The government and the employers agree that re-valuing the work in health care is the solution to address that many workers are leaving the country. It does assist to make the sector more attractive for young workers. This is a problem as the average age for nurses is around 55 years. Several hospitals and clinics report shortages in staff. It is made worse by private clinics that pay high bonuses and workers have to make long hours. It drains resources from the public health care system. During the Congress the Deputy Health Minister handed the union the signed copy of the agreement, making it official.

The criticism of the recent trade deals negotiated between the EU and Canada and the US is also echoed by municipalities.
Trade
Jul. 01, 2020
2020 EPSU Collective Bargaining News July no.13

Unions organising in state administration in both Spain and Portugal have raised serious concerns about the approach to telework and particularly governments taking the opportunity to regularise arrangements that were only adopted on an emergency basis. While there is recognition of the potential benefits to work-life balance, unions argue that fundamental issues need to be addressed through collective bargaining in relation to working time, the right to disconnect, provision of equipment, health and safety, training, contact with the workplace and the voluntary nature of the decision to 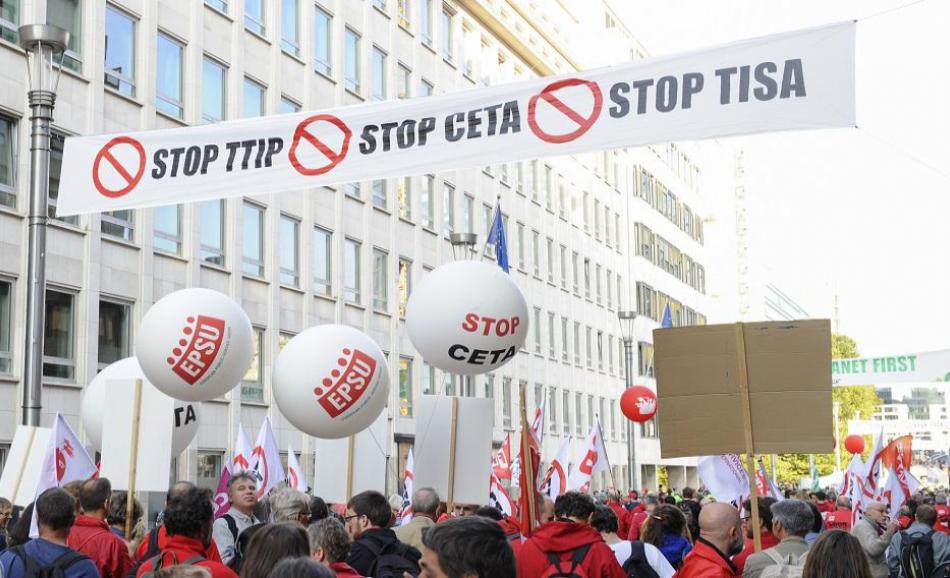 The last minute attempts to pressure the Prime Minister of the Belgian region Wallonia into agreeing to the EU-Canada trade deal have failed.
Trade