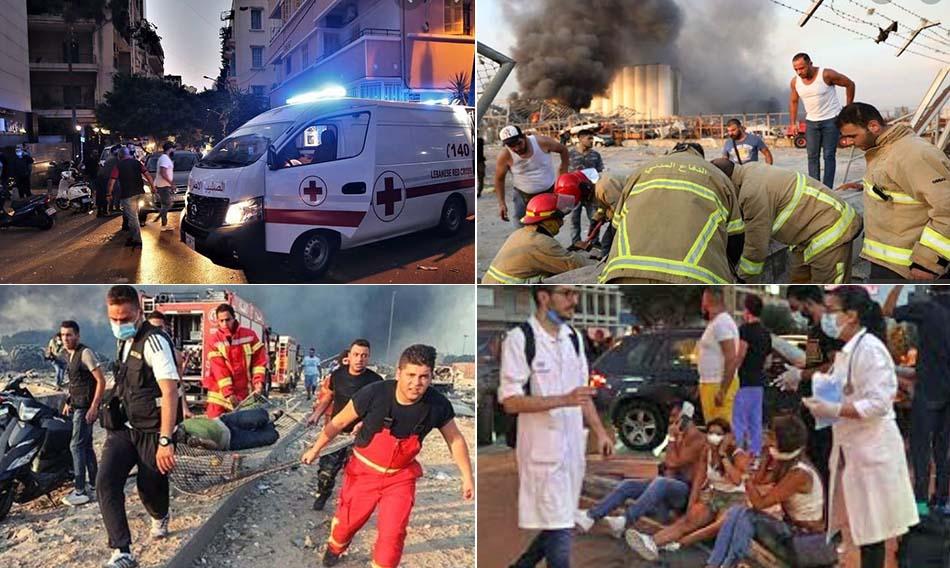 (Brussels, 5 August 2020)  The explosion that ravaged the Port and City of Beirut and took the lives of more than hundred people and injured many thousands shocked the world, 4 August 2020. EPSU has expressed its solidarity and sympathy to the unions and working people of Beirut and Lebanon.  We salute the work of the first responders, emergency workers and so many others who seek to save lives and provide safety and basic needs in these very difficult moment. Firefighters, ambulance drivers, medical staff, police and other public service workers are working to keep things going in a city and country so hard hit.

The country is currently experiencing the impact of COVID19 cases that already stretched its health system. Austerity measures have left many public services crippled with the provision of water and electricity being interrupted. Unions and many others have protested the corruption and failing government with huge protests last year. Economic problems have increased poverty and raised unemployment. And while still recovering from over a decade of civil war, the country has received over 1.5 million refugees that fled the conflicts in Syria. Lebanon relies on the Port of Beirut for many of its imports and especially foods. This new shock sets the country back further.

EPSU has sent a letter of condolences and sympathy to the PSI affiliated trade unions in Lebanon. They include the union of workers in the Port of Beirut.

(25 March 2015) Following the acts of gruesome violence that killed innocent men and women in the Badr and Al-Hashoosh Mosques, EPSU sent a message of sympathy and solidarity to the trade unions in Yemen. We strongly condemn such violence. The country is in a new spiral of violence and it is the
Solidarity
Union Rights
Mar. 23, 2017

Several people were injured and 4 killed including a policeman in a terror attack at Westminster in the UK, 22 March 2017.

Terror in Brussels: your messages of concern, condolences and sympathy

(30 March 2016) The attacks in the departure hall of the airport Zaventem and in the metro-line that passes by Maelbeek were close. Close in many ways. EPSU staff were preparing for the Right2Water action on the same day, which was due to take place very close to Maelbeek. Some were witnesses of the