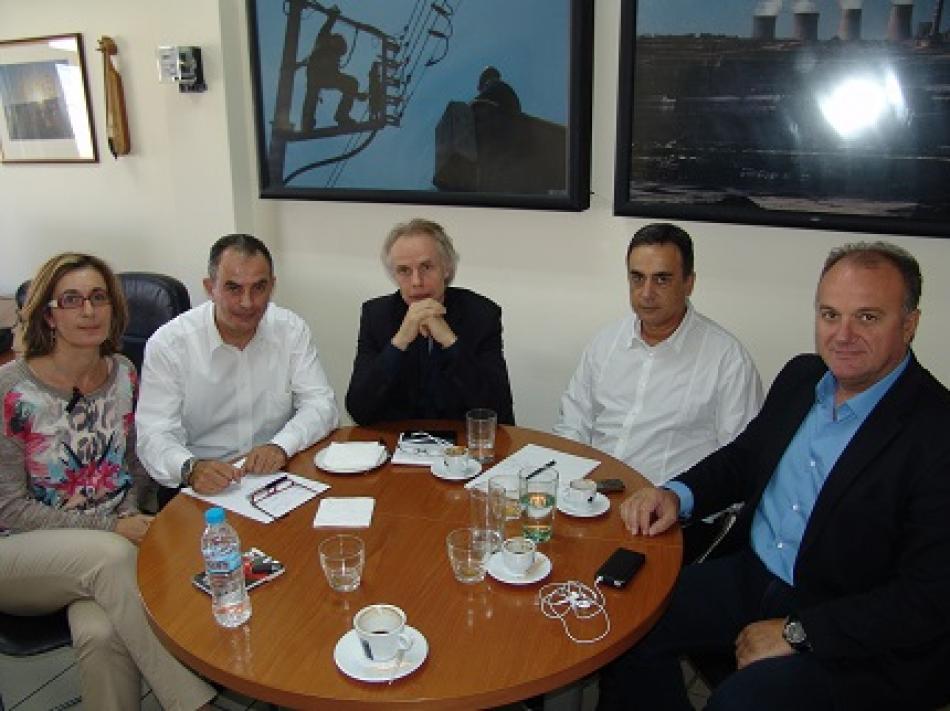 (21 October 2015) Imagine that you can not pay the metro ticket to get your kid to the hospital. The kid needs regular treatment of a psychiatrist. But cuts in your wage have left you and your family with such low income that this would wreck your budget. Cuts in wages and social security contributions have this effect in Greece. It is well documented that the number of suicides has increased dramatically in Greece. A psychiatrist tells us this during a visit to the largest public hospital in Athens. The visit is part of several discussions our trade union delegation has with workers. They are employed by public institutions. We are a delegation that includes several Mediterranean unions, PSI president, EPSU general secretary and EPSU vice-president.

We meet with the representatives of the ADEDY executive committee on 13th October. They explain in detail how the austerity policies impact on workers and Greek people. 25% of the workforce has been cut and the number should go down even further. The economy is in recession since 2009. Bargaining rights have been suspended. Agreements are undermined by giving employers privileges. And the Eurogroup ageement as well as the new memorandum seek to continue these policies. The government has hardly any power. All decisions need approval of "the Institutions". But it is the small stories that hit you. Stavros says he was in his hospital the weekend. It had run out of indicators needed for blood measurements to determine if someone has kidney failure. There was no money to pre-order. Parastethics (artificial limbs) were not available. Representatives of the local branch of the health federation of ADEDY said their hospital would only get 50% of the budget foreseen for this year. Doctors and nurses as well as other staff are not replaced adding further strain on a cash strapped hospital. Cleaning, catering and security staff are all outsourced. The result is lower pay and conditions for these workers. And the ethos of private contractors is driven by other concerns as that of the public health institutions. Nurses, doctors and other medical staff like laboratory workers all gave their stories. The austerity policies are destroying the public health system. And as several shopstewards were underlining - it is a destruction sought. It does favour the establishment of private clinics for the wealthy. The clinics are run by companies linked to the political and financial elites of Greece.

The delegation met with ADEDY members, volunteers and the mayor and vice -mayor of the municipality concerned in a temporary refugee shelter. It was established in an athletics complex. Refugees who arrived at the Greek Islands were brought here and sheltered for a few days. The overall majority in this complex had arrived from Afghanistan. While the Greek authorities provided some funding the services were run entirely by volunteers. We talked with nurses, doctors, pensioners and others. People could come and get medical advice and medicines. Both provided by volunteers. This refugee shelter was open and people could come and leave. Most of the refugees left after 2-3 days moving on to the North of the country and further on their journeys. Volunteers gave them a small bag with food for three days. It would operate until the end of the month. Then an extension or a new solution had to be found. There were other emergency shelters which housed mostly refugees from Syria. The UN High Commissioner for Refugees estimates that half a million people have already arrived in Greece this year.

We agreed to be active with ADEDY in arguing against the austerity policies. A key moment will be a general strike that is foreseen in early November. The government will have to get approval for a new package of measures to implement the memorandum in Parliament.

Mobilisations against austerity in Spain, Greece, Italy and Portugal

(Brussels, 26 September 2012) This is a crucial week for social mobilisation in Europe. Workers and citizens in several European countries have taken the streets to say no to austerity
Solidarity
Union Rights
Mar. 06, 2018 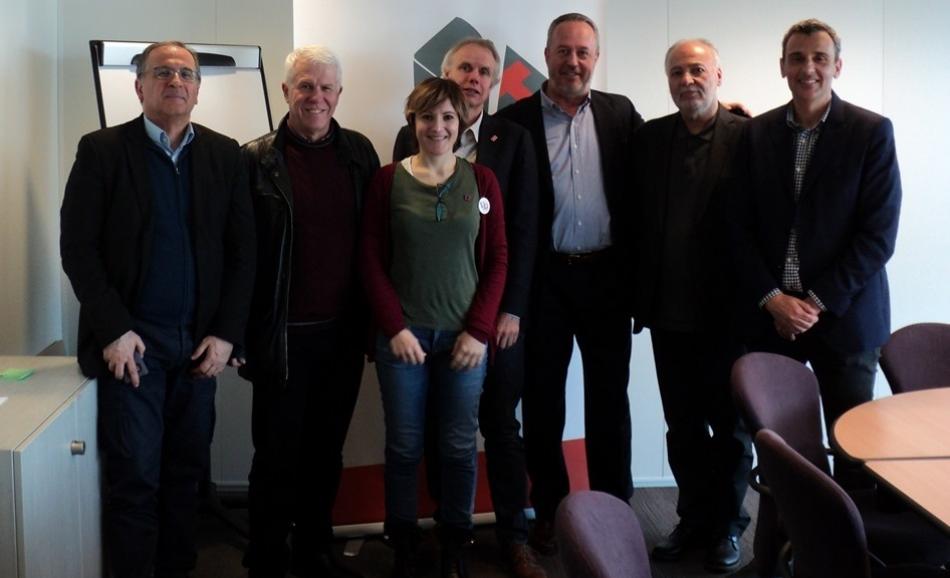 The austerity measures imposed by the European Commission, European Central Bank and IMF are leaving their mark on workers and people of Greece.
Economic Policy
Dec. 11, 2017

On Thursday 14th December Greek workers are marching through their cities to protest against the government proposals.
Economic Policy
Solidarity
Union Rights