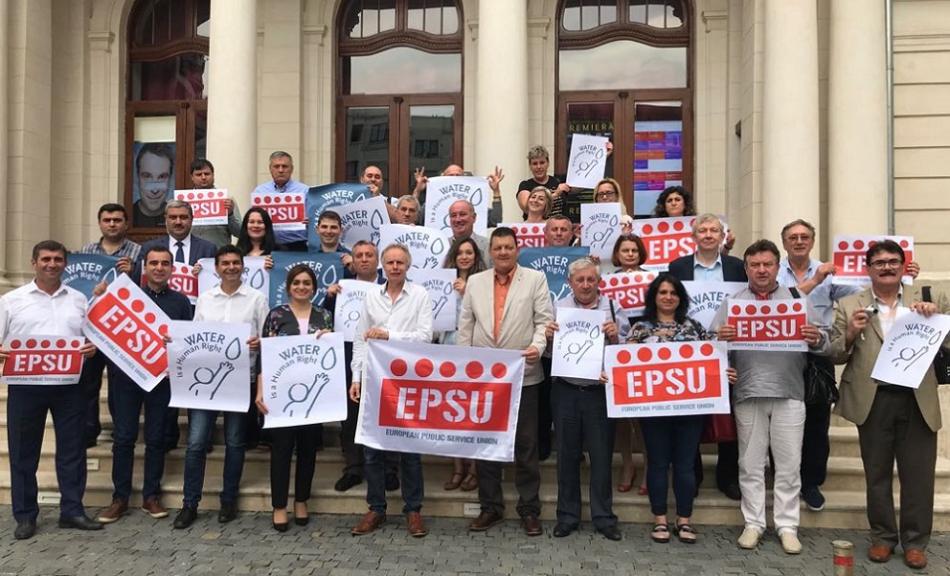 (2 July 2018) Unions leaders of the South East European constituency considered the situation of trade union rights in Romania with President Dumitru Costin of the confederation BNS. He described the current laws that make union organising and bargaining very difficult. These laws benefit the employers to the detriment of workers. Unions from the other countries added their stories and struggles. The situation for trade unionists remains the most difficult in Turkey. Many unionists and other voices that are critical of the government are in jail. It is not clear if the state of emergency will be lifted after the elections. There is deep disappointment with the attitude of many EU governments concerning Turkey’s  membership of the European Union. Albania (and Macedonia) will see negotiations for EU membership open next year if reforms are undertaken and corruption is addressed.

The EPSU General Secretary reflected on EPSU’s priorities until the Congress. He highlighted several directives EPSU is involved in. The Bulgarian unions have sought discussions with the Bulgarian Presidency on the Transparent and Predictable Working Conditions Directive and the Work-Life Balance Directive . They raised the EPSU concerns. The Constituency took this opportunity to send a strong message that they stand behind EPSU’s demands to have the right to water recognized in the Drinking Water directive to be discussed in the Environment Council on June 25th. Another topic of great importance for several countries is the impact of Climate Change on the energy sector, the way the European Union is addressing this and the impact on jobs especially in Romania and Bulgaria. Ensuring that Just Transition does not remain mere words but is given content and resources to implement it, is a key priority for EPSU. The General Secretary paid his respect to Marina Irimie, regional secretary for South East Europe who is retiring after working for EPSU for 26 years. She received a standing ovation for her work and contributions to EPSU.

Professor Chifu, erstwhile advisor to the President of Romania, provided an update of the different relations of the EU with the countries in the constituency. The Eastern Partnership, the Deep and Comprehensive Free trade agreements, the Western Balkan strategy and the recent discussions around the name of the FYROM (Macedonia) were considered. The recent EPSU position was the point of reference with unions commenting on the importance of strengthening bargaining and the EPSU/ETUC pay rise campaign. This was underlined by Anton Leppik, the Executive Secretary of PERC, the Pan-European regional council of the ITUC. He gave an overview of the work of the unions and our demands.

Gonca Acaray of the Turkish union Genel-Is presented the work of the EPSU youth network encouraging the unions to nominate youth representatives and to become active. Recruitment and organising young workers to address precarious work and youth unemployment are priorities.  Further reports were given on the work of the Women and Gender Equality and Standing Committees. Most time was spent on addressing the preparations for the Congress. The programme of action, the amendments to the Constitution and financial assistance were commented upon.

The constituency meeting for South East Europe brings together union leaders from the affiliates from Albania, Azerbaijan, Bulgaria, Moldova, Romania and Turkey. It took place 21-22 June 2018 in Bucharest.

Using the right to strike has been the way for workers to promote workers’ interests. 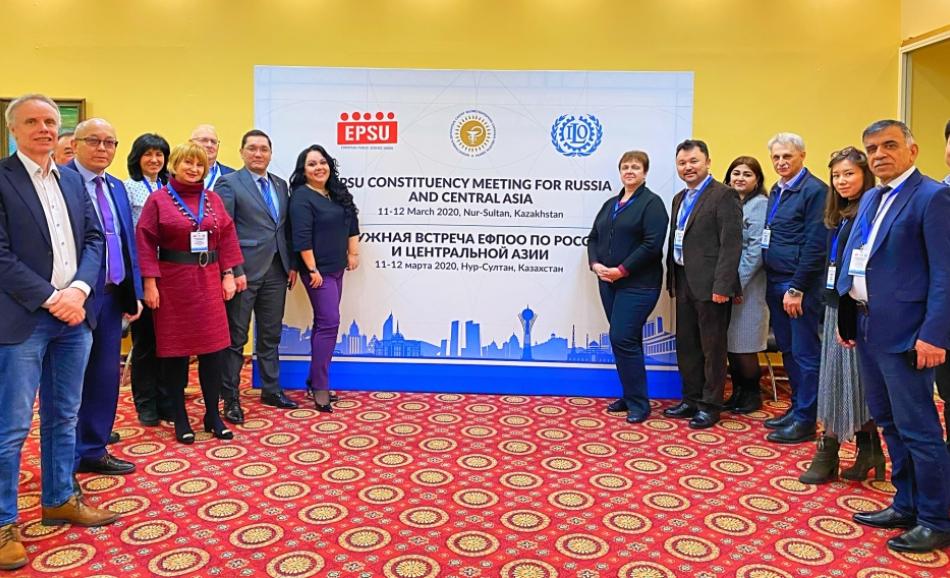 Unions resist attacks on rights and attempts to seize property