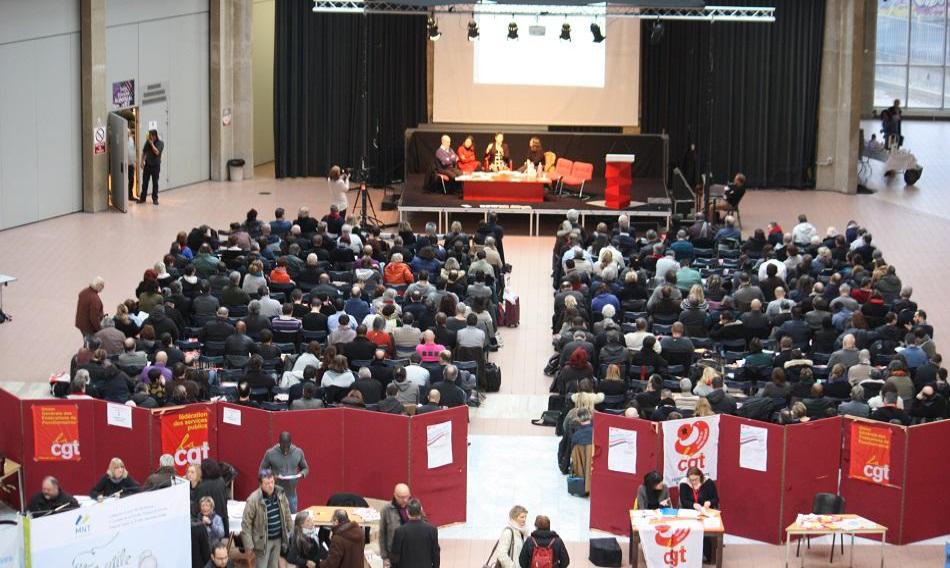 Following World War (II) and the experience with fascism and nazism, the French people and government wanted to ensure that civil and public servants were not merely to be regarded as workers that blindly obey orders. Public service workers are operating under the control of the public. They have a responsibility towards the people, and have to ensure that the public institutions operate in the public interest. They have the freedom to express their opinions. The status was fixed in legislation (the statute) in 1946 and renewed in 1983 with three big principles of equality, independence and responsibility. The French EPSU CGT affiliates organized a study day to explore the continued relevance of the statute and the challenges posed by outsourcing, privatization, the extreme-right amongst others.

EPSU General Secretary took part in a round table discussion on the principle of responsibility. The former minister who introduced the concept of civil-servant-citizen was present to explain the ideas and how these evolved in time. The EPSU GS referred to the austerity policies in the EU, how these put pressure on public service and workers as well as the right to strike in many countries. He further stressed the work of EPSU regarding whistle-blower protection, the social dialogue and the agreement reached on information and consultation rights, the forthcoming pillar of social rights and the ETUC pay campaign. Other speakers in the panel were Baptiste Talbot (general secretary of the CGT Federation Services Publics) and Pierre Joxe (an ex-minister).

The statute applies to workers in public services like central government administrations, local authorities, public health institutions and hospitals and many more. EPSU’s CGT affiliates participated actively in the debates. The meeting took place on 24 January 2017, in Paris

The continued relevance of the role and rights of the civil servants in France and elsewhere is underlined by the opinion of the French social and economic committee  on the evolution of the public service. Recent developments like in the UK where ministers criticized the independent advice of civil service staff (see comments of the UK union FDA) and also in the US show how this independent role is put under pressure.

General Secretary views - new year 2008 and the challenges ahead

I wish you a happy and successful New Year. This circular letter is to give you a brief overview of the challenges to be addressed this year and beyond.
Aug. 02, 2022
2022 August EPSU Collective Bargaining Newsletter No.16

The Secretary of State for the Environment has told the FSC-CCOO and FeSP-UGT public service federations that he will present a draft statute covering forest firefighters to parliament for approval. This has been a long-standing demand of the trade unions who want to see common national provisions covering the wage structure, professional classifications, training, job security and social protection. The unions argue that this will professionalise the sector, help stabilise jobs and contribute to a better coordination across the autonomous regions.

General Secretary views - Autumn 2005 and the challenges ahead

Welcome back to all affiliates after your summer break. I hope that you all took the time to recharge your batteries because the EU ‘new season' looks like being one