1st of May message from EPSU General Secretary

May Day provides us with another opportunity to follow up the ETUC demonstration in Slovenia on 5 April and send a clear message to employers in both the public and private sectors about fair pay. Fair pay is not just about winning a real increase in pay for all workers but also about taking a significant step to reducing pay inequality. Trade unions across Europe are negotiating and campaigning to close the gender pay gap but they also want to reduce the rapidly growing gap between high and low pay in the fact of an explosion in executive pay packages across Europe. Trade unions are working on two fronts to secure decent pay for workers. Significant increases in legal minimum wages, where they exist, can make a real difference to low paid workers and have a direct impact on the gender pay gap. Co-ordinated collective bargaining across Europe can also provide our members with a rise in real earnings.

Europe has seen some 10 years of wage moderation and the share of wages in total output has been in steady decline. It is now time to shift the balance and secure a greater share of the productivity increases that have boosted profits and executive pay. Statements from the European Central Bank and the Eurogroup of finance ministers warn of wage-price inflation, the dangers of indexing wages and trends to higher pay increases in the public sector setting a precedent for private sector pay rises.

These statements are misleading and wrong. Only a small minority of Europe's workers are covered by indexation systems and not only is there no evidence of public sector pay increases outstripping those in the private sector but also it is simply not true to say that public sector negotiations set the pattern for the private sector to follow. However, this May Day we also need to send out a clear message in defence of our collective bargaining rights.

Recent judgements from the European Court of Justice (Laval, Viking, Rüffert) threaten to undermine collective bargaining systems and give precedence to European Union rules on competition and the free movement of services.

EPSU is committed to work and campaign with the ETUC and its other affiliates to resist this trend and re-assert the need to put social and employment rights at the heart of the European project. Another priority for Europe's workers is the strengthening of our rights to information and consultation.

Workers need to be consulted over decisions of their companies and have influence on what happens at their workplace at local, national and also at European and global level. That's why EPSU and the trade unions demand the urgent revision of the European Works Council Directive. The Commission has to publish substantial changes and demonstrate that it is not the puppet of well-paid corporate fat cats.

2015 will be a year of challenges and opportunities when we will continue to build on the achievements we realised in 2014.
Apr. 25, 2016

{(3 June 2009, Brussels)} Message from the EPSU General Secretary Welcome to our Congress newsletter This collection of articles is a guide to some of the debates and decision we will have over 4 days in Brussels from 8-11 June. The people pictured in each article will be responsible for tabling the
Apr. 30, 2021 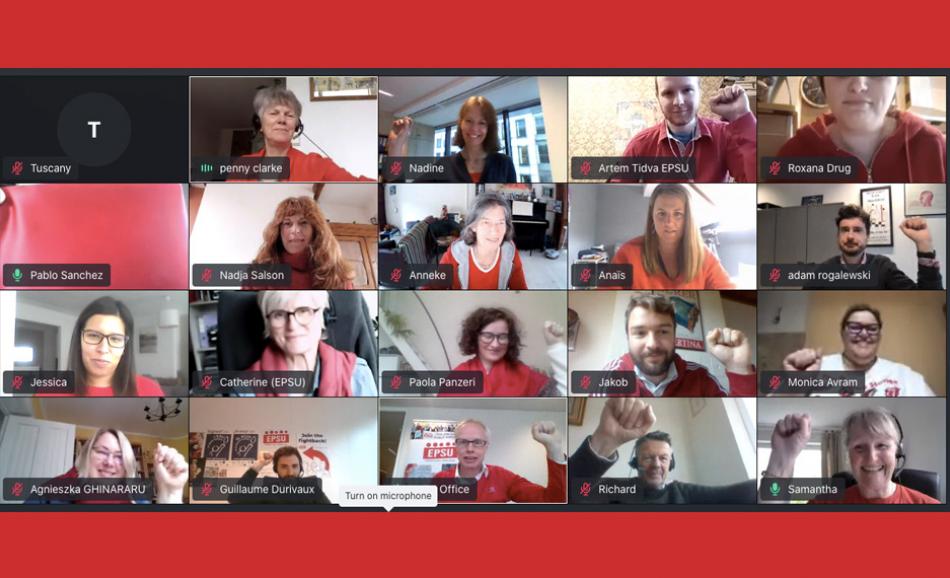 One year on the pandemic is still raging across the globe. India and Brazil are very sad testimonies of governments that failed to put workers’ and peoples’ interests before narrow, ideological and corporate elite interests.
Solidarity