1 trillion euros missing in Europe, where has all this money gone? 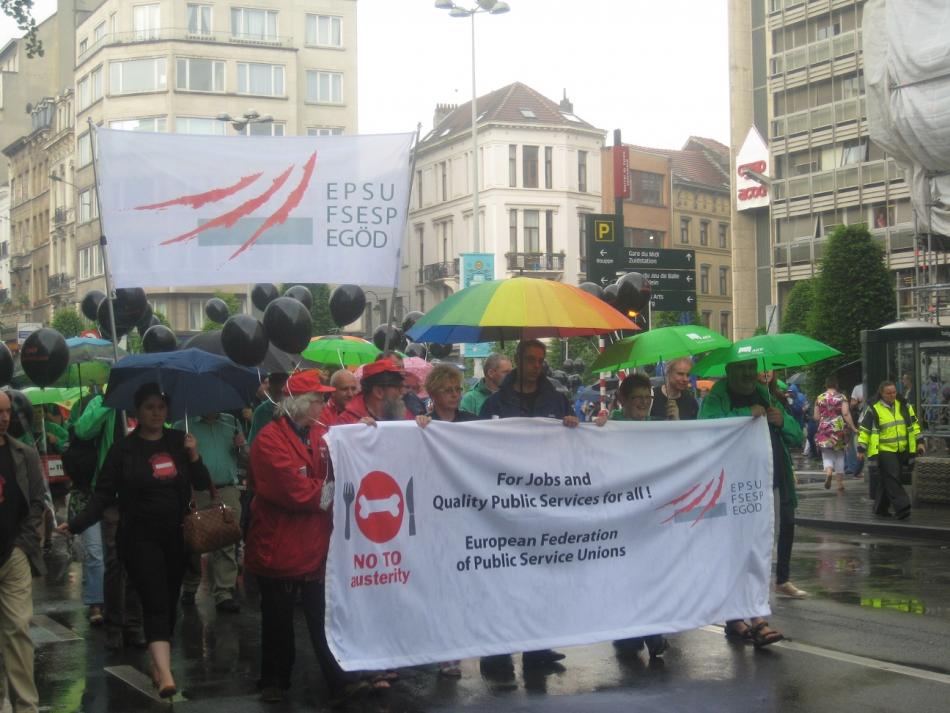 (Brussels 19 June 2013 - Press communication) The European Federation of Public Service Unions (EPSU), the most representative European public service trade union of tax inspectors, has organised a media stunt at the symbolic building of the stock exchange (La Bourse) to denounce the lack of concrete action by European leaders to fight against tax fraud.

Governments of all colour in Europe denounce the obscene situation of tax dodgers yet the same governments reduce the capacity of the state to collect taxes. A study commissioned by EPSU shows that this is the case.

This day of action is part of a joint effort of EPSU’s affiliated unions in several countries during the week when tax fraud is on the agendas of the G8 and the Eurogroup meetings. Actions will take place in Belgium, The Netherlands, Cyprus (with a work stoppage), France, Germany and Austria amongst others. In Brussels, the action was a symbolic release of balloons with the names of some of the tax havens in Europe or linked to EU countries where millions of euros are going everyday by tax fraud and evasion.

The event was preceded by a meeting in the CGSP (public services) socialist union with speakers form the 3 Belgian confederations, Jean-Paul Devos (CSC Services Publics), Guido Rasschaert (CGSP/ACOD) and Anny Swartebroeckx (SLFP) and the participation of the Belgian Federal State Secretary John Crombez responsible for addressing tax fraud. The meeting was used to present EPSU campaign.

EPSU, the only trade union represented in the recently established EC Platform on Tax Fraud – an advisory group with an over-representation of business interests and accountancy organisations - will continue to be at the forefront of the battle against austerity. This policy that most European governments are applying has disastrous effects for public services, workers and citizens. 50000 jobs have been cut in recent years.

Austerity helps tax avoidance, this has to be clear to all! 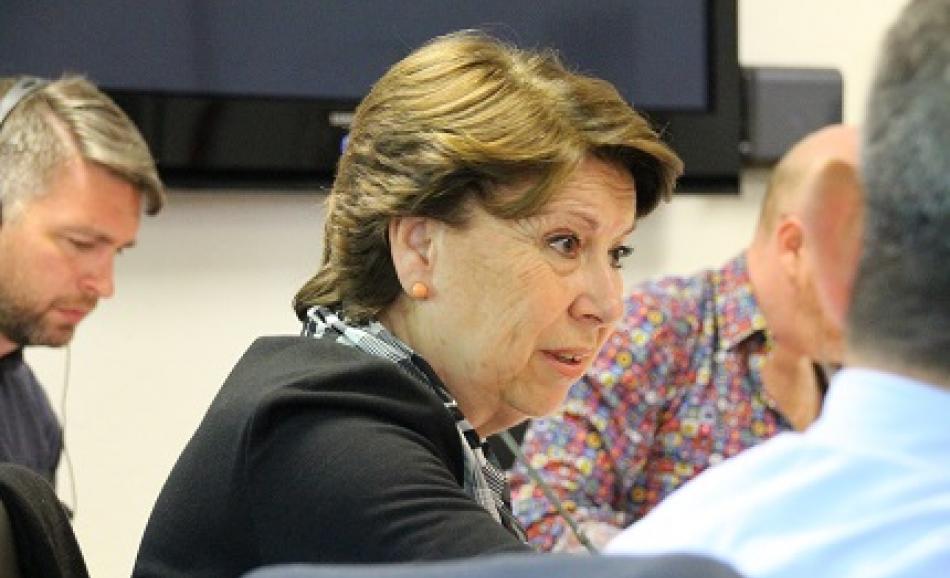 Taxes in Europe: the lost trillion

Don't miss out on this year's collective bargaining conference

Over 130 participants from 24 countries have already registered for this year’s conference on collective bargaining and social dialogue. The meeting will take place in Brussels on 9-10 December looks as though it will be the best attended for some time. Support from the European Commission means that we can offer some financial help to participants from the New Member States and Candidate Countries. There are still a few countries where affiliates have yet to register any participants and we would encourage them to send in their forms as soon as possible.Read more in 10 languages at > EPSU
May. 31, 2013
2013 May epsucob@NEWS 08

The FOA public services union argues that much of the DKK 500 million (€67m) that was supposed to go to increased staffing in childcare has been siphoned off into savings by many local authorities. The union warns that staffing levels in childcare of a major concern and that a recent study shows that 47% of childcare institutions are not increasing staffing while 29% are actually cutting staff numbers.Read more at > FOA (DK)
All PoliciesAll Policies